This Video Commemorates the Life and Work of Grenfell Tower Victim, Khadija Saye 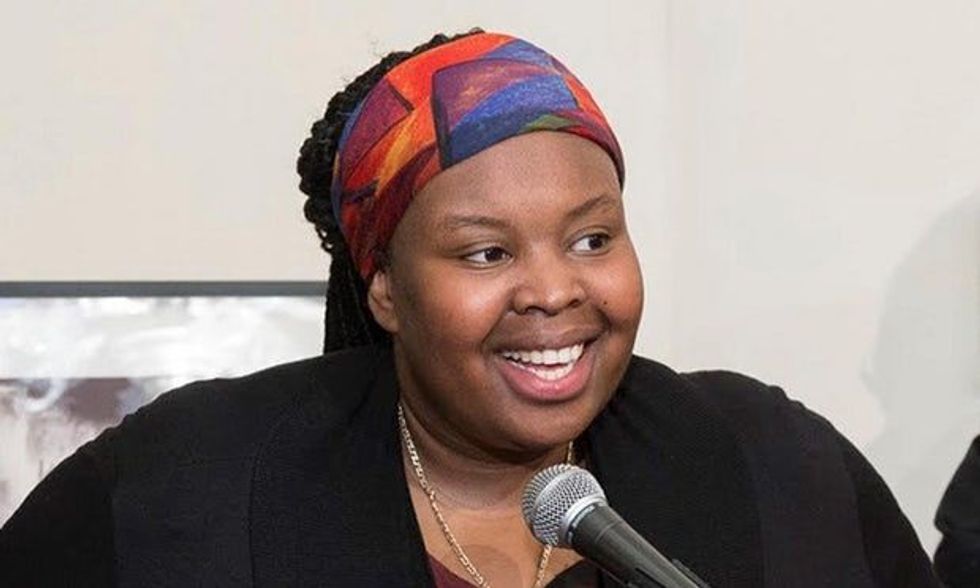 A new video from BBC Three commemorates the life and work of Khadija Saye, the rising British-Gambian photographer whose life was claimed in the Grenfell Tower fire.

A new video from BBC Three commemorates the life and work of 24-year-old photographer Khadija Saye, who tragically died in the Grenfell Tower fire in June of this year.

BBC sat down with the young artist in her home on the 20th floor of the tower, ahead of the 2017 Venice Biennale art exhibition in Italy, where Says had the distinguished opportunity of debuting her latest work.

She spoke about her Gambian upbringing, her faith, and her passion for photography, which developed after she received a scholarship to a prestigious arts academy at the age of 14.

"That was an extreme contrast to my area in Ladbroke Grove," she remarks. "So it was a big culture shock trying to adapt to a very different lifestyle that I felt very much on the outside of, because everyone sort of grew up in this 'opulence and opportunities, and 'the sky's the limit.'"

With the support of her teachers, the artist decided to pursue a career in photography.

The video ends with footage of Saye displaying her work at the Venice Biennale, where three buyers bid on her work. She described the experience as surreal, "One of my friends said 'you're an artist' and I was like 'I am now.'"

The video is poignant reminder of the unfair power dynamics that exist, which allowed for the Grenfell Tower fire to take the lives of people like Saye, her mother and the approximately 80 other people who were lost. Watch it below.

Inquests into the deaths of 58 victims of the fire have been opened and suspended by the Metropolitan Police. Prince William and Prince Harrymet with survivors and first responders on Tuesday to address mental health concerns amongst those impacted by the fire.