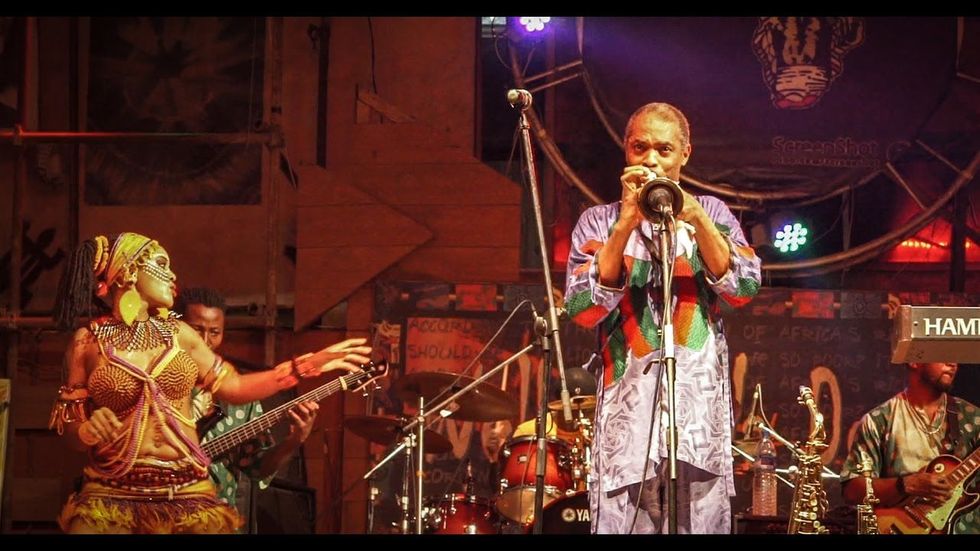 We caught up with the legendary afrobeat artist Femi Kuti in Lagos, Nigeria to talk about his father Fela's legacy and the New Afrika Shrine.

We caught up with the internationally celebrated Afrobeat artist Femi Kuti in Lagos to talk about his father Fela's legacy and inspiring the world through music.