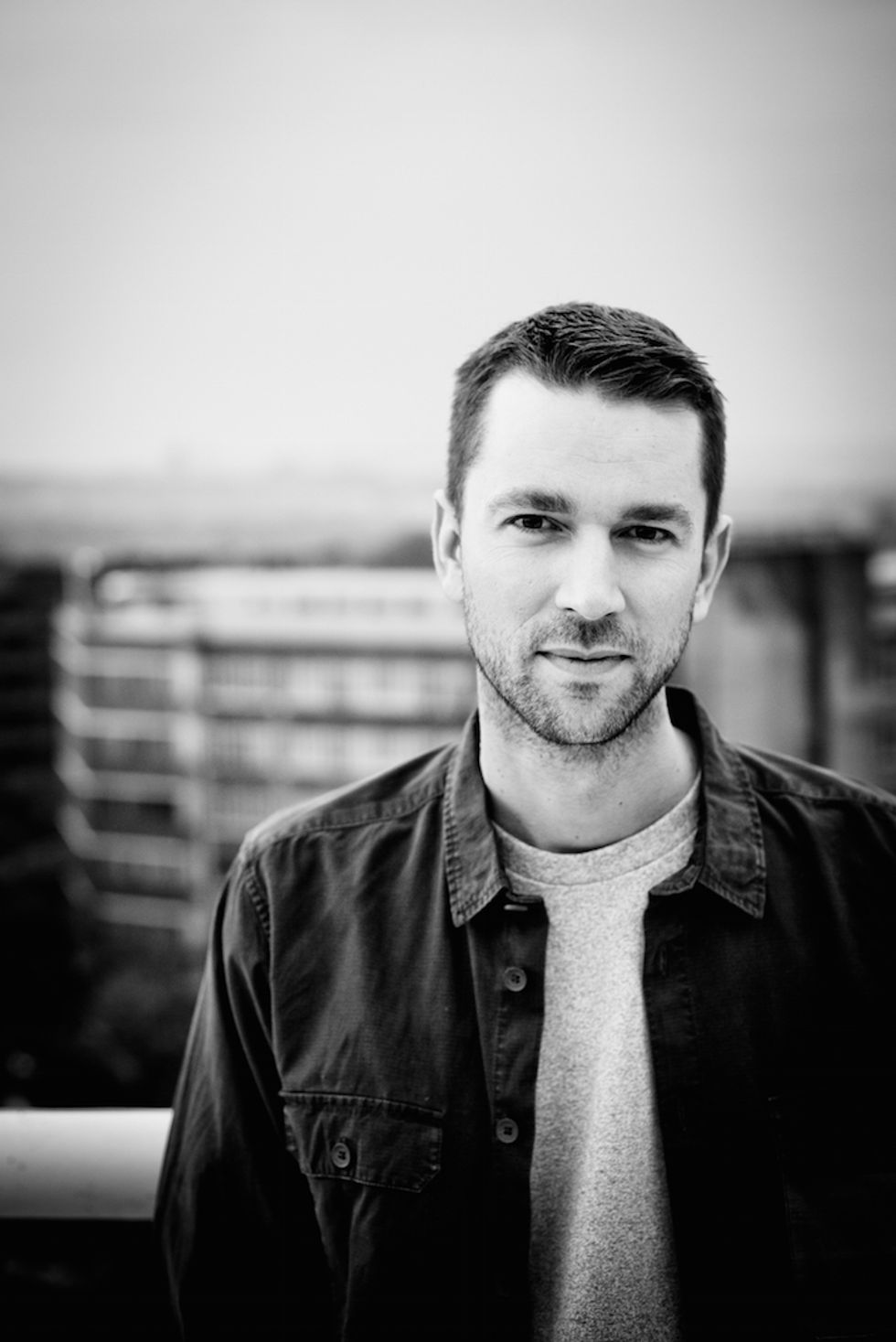 "Everyone asks me that question," says the lauded South African DJ Kid Fonque when the question 'what's in a name?' gets popped to him during a Jozi-Cape Town cross wire chat. Kid Fonque is a musical visionary who's contributed many sonic maps to guide lovers of grooves towards redemption on the dance floor. As the A&R guy at leading house music imprint Soul Candi records, Allan Nicoll (his real name) is responsible for licensing big tunes and discovering pure musical gems for the South African market's consumption. But, as he reveals during our conversation, the label is transitioning from a traditional music stable to a one-stop online home for all things house music, and hopefully the definitive voice in a market which needs one. It's back to square one in a way, to the days when Soul Candi was but a record shop in Jozi, before it became associated with names such as Mi Casa and Muz'art.

Kid Fonque will be playing at Churn Festival this weekend, sharing the 1-night electronic music festival's stage with Christian Tiger School, Daedelus and Charles Webster. He spoke to us about South African house music, his monthly club event #2SidesOfTheBeat, and his collaboration with Okmalumkoolkat which, two years and some remixes later, still cooks up solid cranks on the dance floor when played in sets or performed live.

So really, how did the name come about?

There's a sax player called Branford Marsalis. He did two concept albums under the alias Buckshot LeFonque. Those albums weren't really about a genre, they were just about music, so if you put [them on] you get hip-hop, soul, house, drum 'n' bass and whatever. I loved the fact that you could be one person and like a whole bunch of different things. Everybody just kind of makes sure that they're represented by a genre — one thing. I wanted to be represented by music — everything I love — and that's where the funk came from.

What was the dominant sound when you were growing up, not only at home but around you as well?

Everything! My father just really liked music. I was in a house filled with anything from jazz, to rock, to classical, to pop... it was just music, everywhere! It wasn't really specific. I think that's what people know me for; I don't really wear one hat, and that's how my childhood was. There was a time in my teens, growing as a deejay, [and] another deejay said "Dude, you can't do that, you can't play house and drum 'n' bass in the same set. Pick one!" And that really confused me and freaked me out. But I got through it. You've gotta stay true to how you feel. I represent music I like.

What's the deal with Soul Candi at the moment?

The big news is that Soul Candi is no longer a record label. What I've been doing is that I've been chatting to all the artists and the labels and the community based around house music, telling them what's happening. It's not that Soul Candi has folded, [but] we're diversifying and we're changing our strategy. Soul Candi has always been a consumer-facing brand, not like any other record label, like Sony or Universal — they don't really speak to their fans because they don't have the cool that we do. We're keeping that cool; we have a massive community on social media. What we do is we spread the love about everybody's successes in the house community — whether it be Ralf Gum, Ziyon, the guys from Kalawa [Jazmee], or House Afrika, we celebrate house music on our social media platforms, and build a community through that. Essentially, for lack of a better word, we're now like your one-stop blog for house music in South Africa.

It feels like the third phase in a way, another new beginning since the Soul Candi record shop days.

From being a record store, it was very easy to have a community of people that were just into house; it didn't really matter what labels they were on. Everyone would come and hang out, and it would be house music. Then we started signing artists, and then it started becoming competitive because we were competing against other record labels for market share. Now that we've got rid of all the artists and we're not involved in putting music out, we're kind of back in that place of being a record store. It doesn't matter who you are and what record label you're with, you can come to Soul Candi and we'll celebrate and expose your music and share your parties and use our community to heighten the awareness of the artists.

So how do you guys make money?

Well, we do have a huge platform which we're going to be selling advertising from. It's just going the social media/tech route if you like.

What beats move you to the point where you're like 'yo, I'm going to include this on the next compilation/album that I'm dropping'?

In saying that, I've just done a compilation for Red Bull which is coming out this month, which is gonna be amazing! I've been focusing more on production. My last album Kid Fonque & Friends has about 30 percent of my own songs on there, which was a huge collaboration between and just everyone I was into. I'm [also] working on an album with a good friend from the UK called D-Malice. The first single was with Clara Hill called "All This Time" and that's done pretty well on radio. We've got a video coming for that in January. The album's almost complete. It's like one of my deejay sets with a great friend; it's house, it's hip-hop, it's downtempo, it's bossa nova, it's broken beat. It's everywhere, but it's all very soulful. So I'm very very excited to share that with everyone when it [gets] released. It'll probably only come out in 2016.

And "Usangkhumbula" is finally getting the video treatment...

It's been two years since that song got made. It's the gift that keeps giving. That tune has just surprised me [and] everyone that's been involved with it. [Okmalumkoolkat], when he performs, it's still in his sets. He did his #100KMacassette launch last Friday; the King B remix was there; I've included it in my mix for Red Bull; and the video's [now dropped]. It's just like this track, two years later, still got this huge life.

What's the story behind the music video?

The story is essentially the storyline of the song. Smi [Okmalumkoolkat] meets a girl; the girl bounces from him; she hooks up with a dude who's into booze; then they meet at #2Sides.

What should people going to Churn Festival expect from your set?

It's a festival, and when I play a festival I do tend to go quite big, and I've got a lot of music that is not really suited for clubs; it's suited for bigger events. I've asked them for a longer set, so they've given me an hour and a half. Generally with festivals and things like that, I try and fit in as many genres that I love into that [alloted time]. It's gonna be fun!

Churn Festival happens in Tweefontein Melkery, Kempton Park, Gauteng, on the 5th and 6th of September.