Kilalaky: The Dance Craze of Madagascar 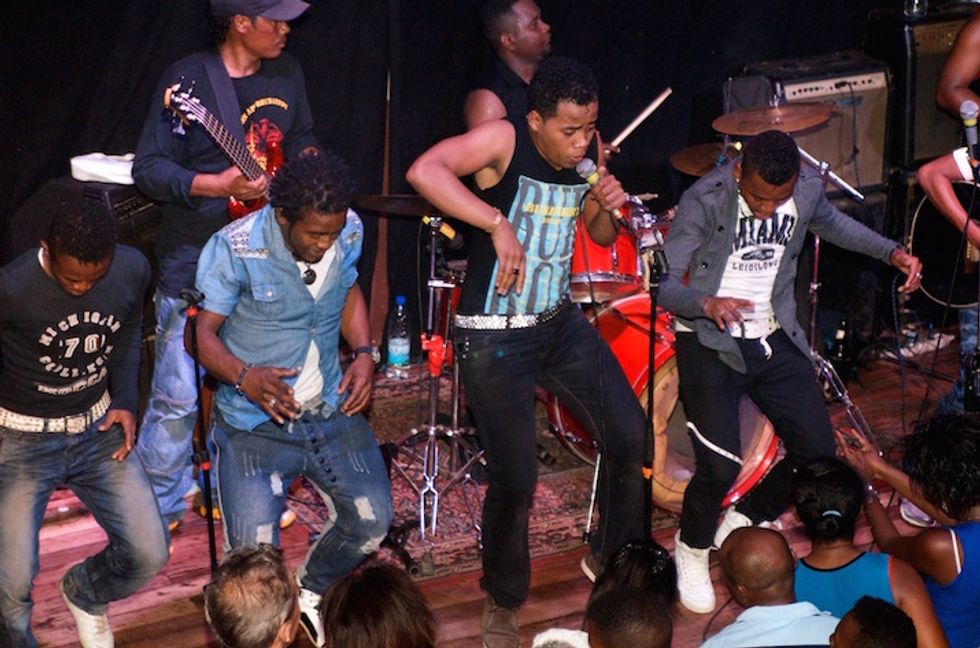 See videos of kilalaky singers. Kilalaky is the dance craze sweeping through Madagascar, a frantic 6/8 rhythm that drives dancers wild.

Afropop Worldwide recently spent a month in Madagascar researching a radio/web series on music there. In Madagacar’s music circles, there's a big debate going on over media and youth culture obsession with foreign sounds and styles — rock, hip-hop, reggae, coupé-decalé from Ivory Coast. The list goes on. But there's one local dance genre with ties to traditional culture that has become a universal hit on the airwaves and dance floors: kilalaky. It’s a fast, even frantic, 6/8 groove punctuated by percussive breakdowns. The singers interlock patterns of rhythmic panting that drive dancers to ecstasy. Onstage and in video clips, a line of dancers moves in synchrony, following the exact steps of a leader. It’s controlled mayhem, and a rare example of a distinctly Malagasy music & dance genre that feels hip and contemporary enough to appeal across regions and generations.

One of the top stars of kilalaky, singer and bandleader Tsiliva, told Afropop there are a number of origin stories for the genre. The original dance comes from the island’s western coast. But Tsiliva said, “Everyone uses kilalaky in their own way.” Some say villagers used to dance around the village perimeter leaving so many footprints that potential attackers would be intimated by the apparent number of inhabitants. Then there’s the story of the king who was so happy upon the birth of a son that he broke regal protocol and danced himself. The king’s perplexed subjects then mimicked his every move, creating this idea of a leader and followers. Then there’s the story of cattle thieves—a huge concern in Madagascar. After a heist, thieves would dance with fancy footwork to disguise their footprints, and the cow’s, so they wouldn’t be followed. In this version, kilalaky’s rhythmic panting reflects the thieves’ hasty retreat. Browse through some kilalaky highlights below:

You can detect remnants of traditional kilalaky in this recent clip by Tsiliva, though the contemporary suburban context casts things in a whole new light.

This clip from upcoming kilalky diva Sylange puts a premium on dancing. The music nods to the popular genre of southwest Madagascar, tsapiky, with its sharp spikey guitar riffs and swooping bass lines.

Barinjaka is one of the most popular kilalaky singers, a heartthrob with an urban sensibility. Here’s his latest, complete with autotuned vocals and an upscale department mall sequence.

Finally, a clip Afropop Worldwide shot and recorded of Tsiliva live at Jao’s Pub in Antananarivo. It’s a bit long and raucous but well worth it for the unending stream of dance moves!

Lots more clips where these came from. And lots more about classic and new sounds from Madagascar at Afropop Worldwide.