Dear K'naan, Africa Is Not The Only Place Where 'Politics Happens' 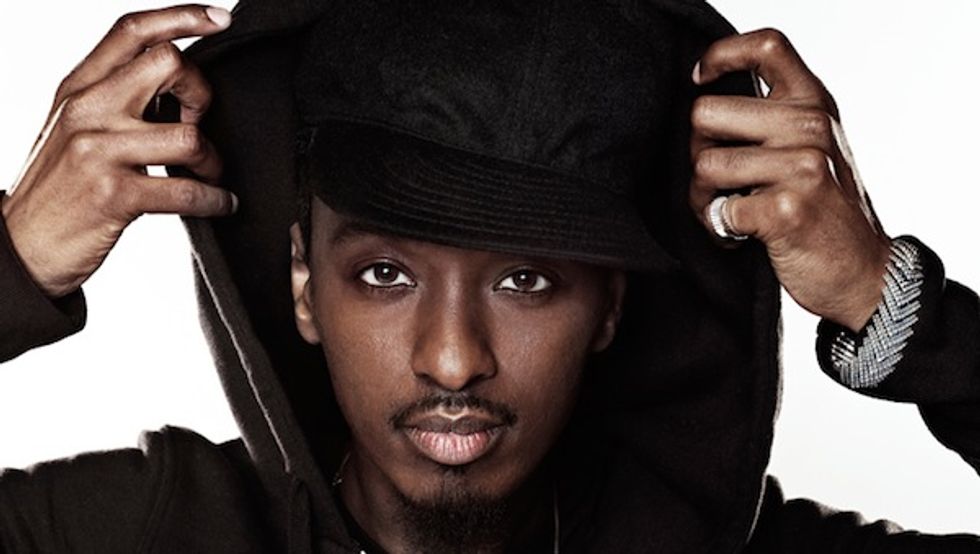 The sentiments in K'naan's recent op-ed for the New York Times will come as little surprise to fans that saw him perform at the Highline Ballroom last month. Somewhere between his rendition of Neil Young’s "Heart of Gold" and official World Cup song "Wave Your Flag," K’naan described the music industry as a "tapeworm" and cited disillusionment as his reason for cancelling "99% of the US tour."

On Sunday, the dusty foot philosopher told the Times readership that he was washing his hands of Country, God, or the Girl, an album which was the product of pressure to write for his US audience. He has taken the wrong path, but vows to return to his "old walk," in other words, the less commercially-viable route. Fans have taken to his facebook page in thousands to celebrate his prodigal return to true artistry.

The whole thing is a bit weird: if K'naan's accusing himself of 'selling out' then he might have done so back in 2010. But it’s not often that artists are candid about the commercialisation of their music, and some important questions are smuggled between the cloying fable that bookends the piece. Can we do away with the idea you have to be able to "relate to" other people's stories? Is there space for artists whose stories are rooted in non-Western places and experiences? How long will African artists enter the mainstream as novelties whose difference is hungrily consumed and then discarded?

But the stark choice between the unsullied integrity of his first two albums and the commercial hollowness of his third is troubling. Why should K’naan’s voice only ring true in songs about Somalia? O' Canada has it's fair share of oppressions (Stephen Harper, anyone?). If an artist's politics travel with him then shouldn’t K'naan be willing and able to engage with North American issues beyond mundane treatises against drug use? Africa is not the only place where politics happens.

Diaspora identities are messy and difficult, but with this romantic notion of a "true voice" K'naan threatens to box himself into the role of "refugee rapper", a role which is its own sort of commodity (mainstream media - including the NYT - love it). If he finds a way to engage with North America (beyond telling us that Somalia and Nigeria are worse), then maybe he’ll get closer to the creative integrity he's looking for.