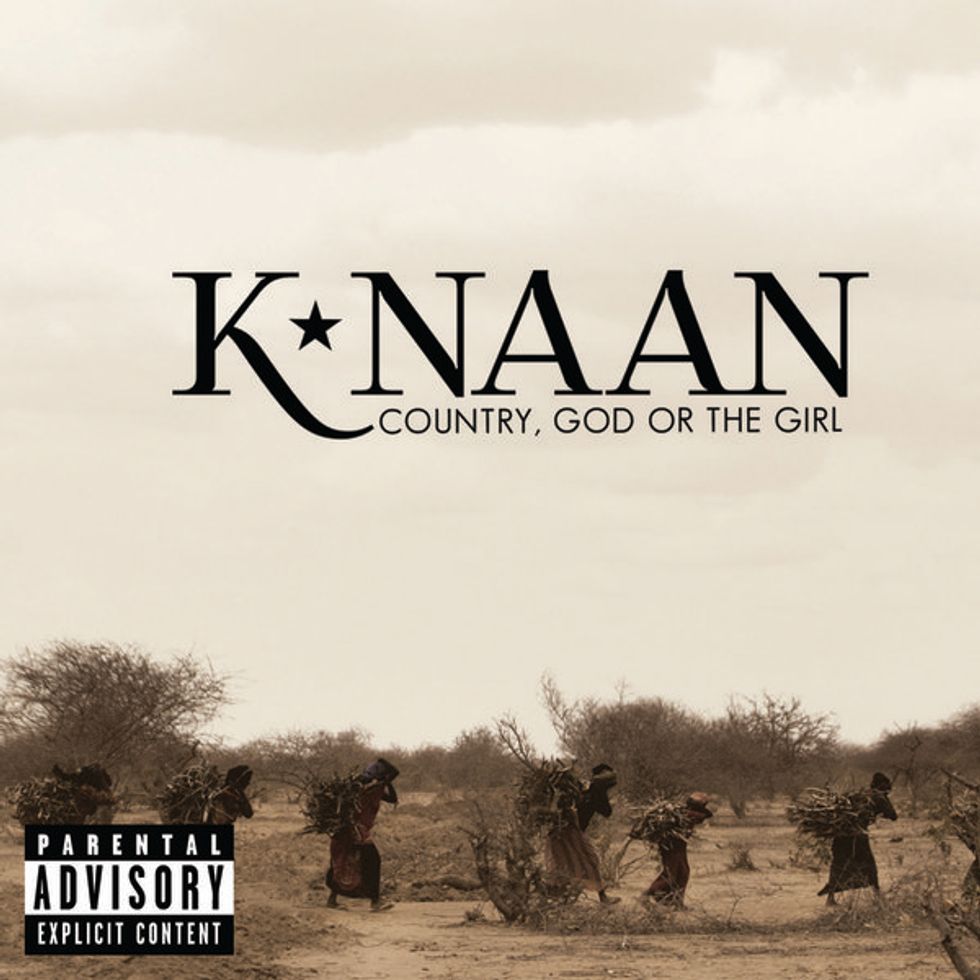 K'naan Country, God or the Girl, his third LP, is more inward-looking than its predecessors and deals with more personal themes of love and heartbreak.

“I was a seed/planted by lovers in a refugee camp/Then overseas, I grew free/Out grew my roots and I became a tree/So now they’ll never cut me down” Somali-born troubadour K’naan sings on the defiant reggae-rock opener "The Seed." Triumphing over dispiriting odds is a theme that threads through K’naan’s music as much as it does through his life. Born in Mogadishu in 1978 he left his home country in 1991 as it plunged deeper into chaos. Those grim early childhood experiences provided the socio-political consciousness and the soul-fire channeled into his highly-regarded debut The Dusty Foot Philosopher (2005) and its follow-up Troubadour (2009).

Country, God or the Girl, his third full-length album, is more inward-looking than its predecessors and deals with more personal themes of love and heartbreak; a change in creative direction spurned by the breakdown of his marriage in 2010.  “I thought we had an ‘at last love’, Etta James/But now I’m wondering” he muses on the commercial radio-wired "Hurt Me Tomorrow" (below).  “Shattered glass on the floor/feel my pain now remorse” he croons on the Eurobeat groove ‘The sound of my breaking heart." It's melancholy recycled into introspective pop music.

Still, Country, God or the Girl has its weak moments; in part stemming from the global-block buster success of "Waving Flag" — an accomplishment that would not have gone unnoticed by the number counters at the label.  Some tracks on Country, God or the Girl -— like the Nelly Furtado-assisted "Is There Anybody Out There?" – are too brazen in their hankering for radio spins they come off as too contrived.  Missteps aside though, K’naan is too good a songwriter to nestle in the mundane simplicity of commercial pop music.  “I've been running out of my 70 excuses/there comes a point when patience can’t take all these abuses/Now my reserves are empty /I’m feeling kind of low/cause when do you fight for someone/and when do you let them go” he sings on the album-standout ballad featuring U2 front man Bono.  Such fine writing abounds on Country, God or the Girl yet it would be disingenuous to say that the album represents K'naan's finest hour.