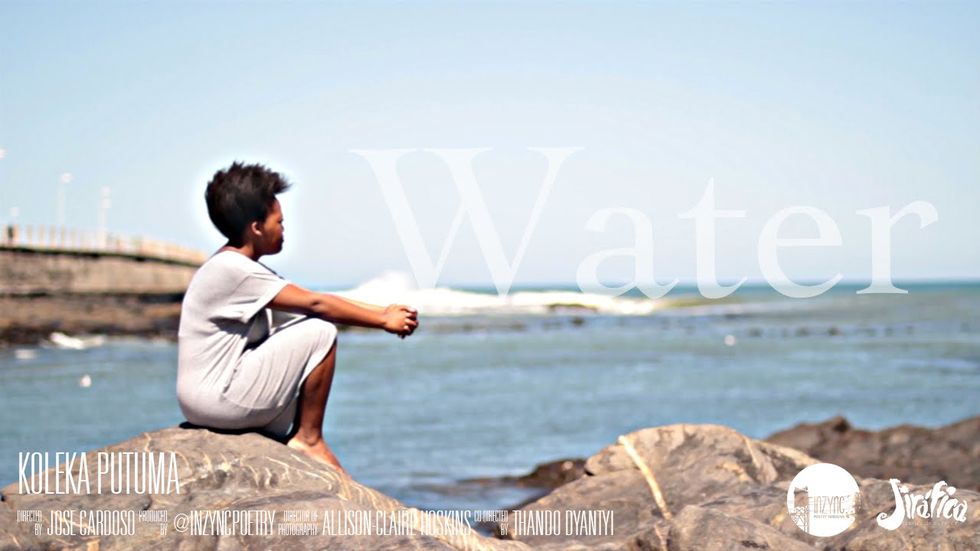 South African poet and playwright Koleka Putuma’s rousing poem, "Water," tackles issues of race and religion with a certain grace and vivid honesty. The piece, which went on to win the PEN SA Student Writing Prize, caused a bit of an uproar when Putuma performed it last October at TEDxStellenbosch. The performance upset members of the mostly white audience.

“The piece was written as a response to conversations I was having with friends about student movements, the meaning of water for black people and what it means to be black in South Africa as a general life thing,” Putuma tells PEN South Africa. “It was written around the time of #RhodesMustFall and #LUISTER. It was then performed at the TEDxStellenbosch event around the time of #LUISTER, and it wasn’t received too well at TEDx because of its content. This poem has radicalised the way I think about the role and power of the spoken word. It has taught me a great deal about holding onto to your conviction/truth even when it scares you, and others for that matter.”

Putuma has now teamed up with Ecuadorian filmmaker Josè Cardoso to set the poem to visuals. The video is a project of The InZync Poetry Sessions, a Cape Town-based collective that hopes to explore African poetry through multi-lingual and multi-genre performances.

The visuals open with Putuma, sitting on a rock by the sea, with the sound of seagulls flying overhead and blue waves crashing against gray stone before she utters the words: "The memory of going to the beach every New Year’s eve/ Is one I share with cousins/and most people raised black”

The intricate narrative weaves seamlessly between the symbolism of water, blackness and religion. The poem’s beauty lies in how it emphasizes water as an important conduit in black spirituality. Putuma juxtaposes it against the same water being used to invade and colonise Africa:

“But we, we have come to be baptised here

We have come to stir the other world here

We have come to cleanse ourselves here

We have come to connect our living to the dead here

Our respect for water is what you have termed fear

The audacity to trade and murder us over water

Then mock us for being scared of it

The audacity to arrive by water and invade us”

The video is the first release off InZync Poetry’s forthcoming InterVerse. The 8-track EP is due out 4 July and features selections from the UK grime poet Debris Stevenson, Namibian duo Wakambi and South African poets Pieter Odendaal, Koleka Putuma and Toni Stuart.

Watch and listen to "Water" above.