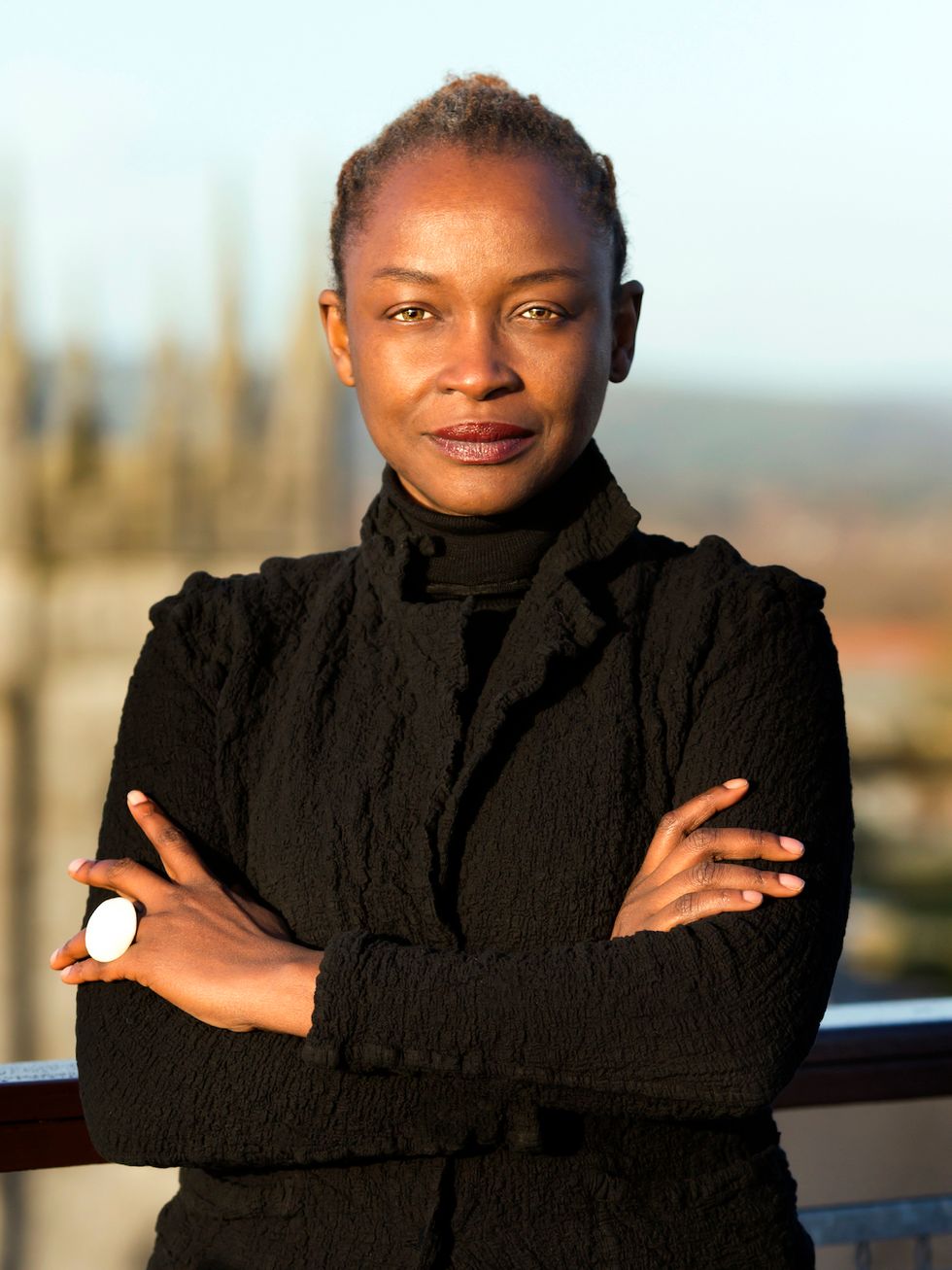 “Of all the territories that have been dominated by British colonialism, Ireland has been the one longest occupied and yet, at the same time, doesn’t want to really consider itself a postcolonial territory,” says Koyo Kouoh, founder of the Dakar-based RAW Material Company and curator of Ireland's 37th biennial of contemporary art, EVA International.

Entitled Still (the) Barbarians, Kouoh has drawn upon her own experiences of postcolonialism in Senegal and Cameroon in order to shape the theme of the biennial. Finding this discourse lacking in Ireland has motivated Kouoh to take forward a conversation about lasting colonial effects, in Limerick and beyond. “There are many works that deal with language, particularly in the context of Ireland losing Irish and trying to regain it. There are works dealing with trauma, with memory and with identity politics – key postcolonial concerns” says Kouoh.

The exhibition, taking place April 16 through July 17, falls on the centenary of the Easter Rising of 1916, when Irish nationalists staged a rebellion with the aim of ending British rule in the country. A tale reminiscent of many anti-colonial struggles in Africa, the British army quashed the rising, and most of the rebel leaders were executed. A further 3,500 people were imprisoned, some in internment camps in Britain––and many of whom had played no part in the rising. But what the rebellion, and the British reaction to it, did do is boost impetus and public support for the independence struggle. “1916 was the beginning of the end of the British empire...but wherever the British have been, they’ve left the same problems behind them,” says Evelyn McCool, my Irish grandmother who I spoke to about this topic.

Comparing the enduring manifestations of colonialism on modern day Ireland with Cameroon and Senegal, Kouoh explains “Colonialism’s physical domination, in terms of the shaping of architecture, civic spaces and the wider landscape, is accompanied by a psychological domination through the imposition of language, social structures, religion and prejudice.”

My grandmother is no stranger to prejudice as a Catholic from one of the six northern counties in Ireland which did not achieve independence in 1921. There is a complex history around this far beyond the realms of this article, but the bloody history of The Troubles and remaining religious prejudices in what is now known as Northern Ireland are a pertinent example of the destructive effect of colonialism on a people. My grandmother has no doubt about her identity as Irish––“If you’re from this island you’re Irish whether you like it or not”––but says that growing up in British-controlled Northern Ireland she was never taught Irish history or language at school, only picking up bits from her father. There are conscious efforts in the Republic of Ireland to regain the Irish language; for example, primary school teachers are required to speak it; but this is less the case in Northern Ireland, which remains part of the UK. “Although it won’t get you far these days, it would be nice to know that we could still keep the language,” Grandmother McCool says.

For the biennial, Limerick-based artists Deirdre Power and Softday’s project looks at the legacy of the Easter Rising by holding a public competition and vote for a citizen’s anthem. The idea is the anthem “is representative of contemporary Ireland, and reflects on themes such as equal opportunities, liberalism, freedom, welfare, security and democracy,” says Kouoh. The winning anthem will be played by two Shannon Ices ice cream vans on the centenary.

Other artists handling the enduring effects of colonialism include Malian Abdoulaye Konaté, whose Butterflies Series depicts recent independence anniversaries of countries on the African continent, suggesting the fragility of the postcolonial state. Meanwhile Vietnamese artist Vo Tran Chau’s installation explores the history of the Nguyễn Dynasty, whose descendants after years of domination by external forces “now live with a kind of unresolved inferiority,” according to Kouoh.

The diverse range of works from around the world at EVA International and artistic interpretations of its theme highlight the postcolonial existence so many of us are living. Kudos to Koyo Kouoh who has made me as a half-Irish person in London, my Grandmother as a person from the north of Ireland, and probably most of Limerick, think a bit more about that.

Alice McCool is a freelance journalist, anti-corruption campaigner and masters student at the University of London’s School of Oriental and African Studies. You can tweet her at @McCoolingtons.