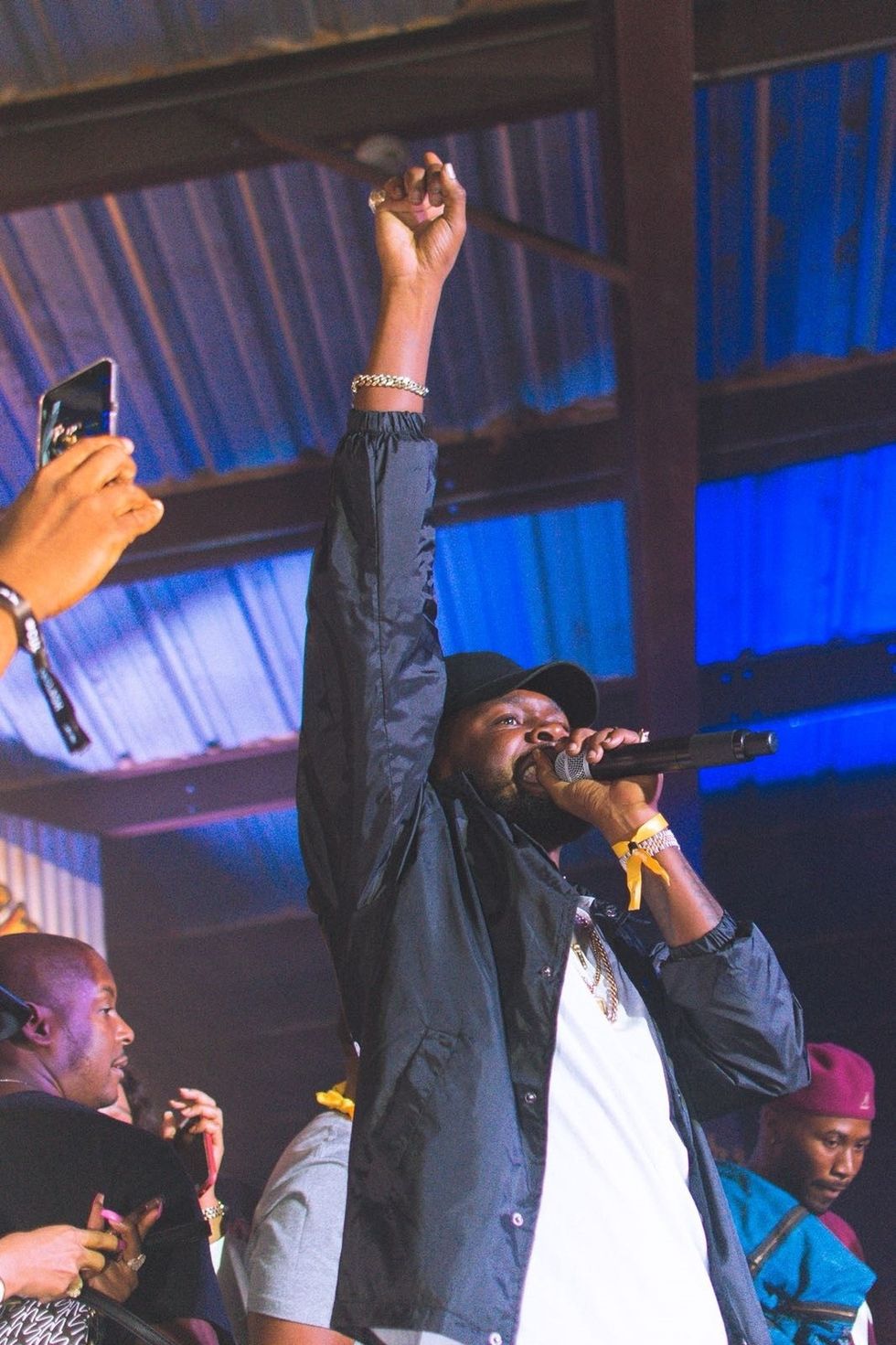 Kranium. Image courtesy of the artist.

We talk to the buzzing Jamaican singer about his upcoming album, collaborating with Wizkid, and the challenges of being a dancehall artist crossing into the mainstream.

Kranium has been making deep waves in the across the world.

The 28-year-old Jamaican has been churning out hits like "Nobody Has to Know," "Can't Believe," and his most recent single "Last Night," which have earned him over 200 million streams worldwide.

Kranium's clever lyrical composition, melodic satin voice and island swagger have made him one of the imminent leaders of new dancehall. He's also shown his live curation and versatility skills, which were accentuated during his recent win at the 2018 Red Bull Culture Clash, in which he competed against crews led by the likes of Zaytoven and Kenny Beats.

The buzzing artist is now prepping his highly-anticipated new album, which will be released this fall. Okayafrica sat down to chat with Kranium to dive into the new record and the keys to his success.

I heard that you got signed through Twitter. How did that go down?

When I was discovered it was just a continuation of my dreams. My dream was always to push dancehall music and be recognized for that. I woke up one morning to discover an offer on my Twitter and that changed the course of my path.

How does being signed to a major label like Atlantic Records compare to when you were producing music on your own?

Working as an independent is all good and everything. However, dancehall music is hard to get on mainstream outlets, it's not a priority with outlets, radio stations, promoters etc.It's often seen as a trend and capitalized on by mainstream acts. I know being signed doesn't change too much, but (dancehall artists) need someone to represent them to industry gatekeepers. [We] need an extra hand among the mainstream audiences.

I've been listening to your latest single "Last Night." Can you tell me more about it?

Markus Myrie, Buju Banton's son, produced it. I've worked with him on a few productions. It's a calm song with an undeniable groove. The beat was just too perfect, I heard the beat and instantly freestyled over it. I went to the studio after a night out and just put my thoughts down on paper. I predominantly like to sing only about things and times I've experienced. Sometimes that can be a very wild night that gave me a lot of energy. That's why "Last Night" is one of my favorites, it's just very real to my lifestyle.

You released a big song with Wizkid and Ty Dolla Sign ("Can't Believe") last year. What do you think of the many connections between afrobeats and dancehall going on these days?

I feel like there's a whole lot of differed sounds. It used to be the same sound over and over. But with Wizkid, he knows how to work his own unique sound and perspective into every mix. Music is all about melody, you don't have to understand it to feel it. I've worked with Wizkid before on the song "Boom"" with Major Lazer. When I heard the song produced by Major Lazer in Jamaica I immediately jumped on man, recorded the same day!

The world is so connected and it gives the music world more and more opportunities to connect cross-culturally. The Caribbean community is huge in the East Coast so when a record comes on the radio, it gets a lot of love. That's the power of Carribbean music and the power of dancehall. It's everlasting power.

I wouldn't say I'm influenced [by them]. When the right time comes for me to make music and I hear a beat, that is what inspires me to make create. I'm more a sound guy than an artist guy. When it happens, it happens. As far as sound, I'm more into smooth, not uptempo, simplified tunes. I don't really listen to anyone else when I work on my project. When it's album time, I have to wrap my mind and focus.

How do you incorporate your Jamaican roots into your new music?

It's incorporated into every part of my life. I am born Jamaican, influenced by Jamaica. I love every part of it, it's made me who I am. Culture is the most important thing in the world. It's what makes you stand out. When I walk into a room, I walk in automatically representing my culture. My roots is what I represent.

You've done several collaborations with Ty Dolla Sign, how did that relationship come about?

When I signed to Atlantic, I worked with a few artists but I was amazed by Ty Dolla Sign. He's just incredibly musical, hardworking and talented. When I met him I felt like I'd known him for years as an old friend.. He caught on to the melody to every song and we were able to riff easily.

I heard you're going to be dropping new tunes throughout the rest of this year. What can we expect from your upcoming music?

I'm dropping my album in October and just expect it to be very creative and unique. When I make music, I'm the type of artists to have all my close friends and associates listen to it critically. If everyone is confident about it, then that makes me even more excited to share it. I know the people are going to love it and I'm very excited for the reviews.

What's been your biggest challenge so far?

Getting dancehall through the waves. Getting the promoters and the venues to care about Dancehall as a whole and not just a trend.

My supporters are everything to me. Before there was the labels and the industry, there were my fans. Without their support, I would have no impact and m progress won't be as significant as it is to me. Fans are everything. Whenever I have the opportunity to thank them, it's a pleasure to do so.