Kunle Afolayan and the Rise of New Nigerian Cinema 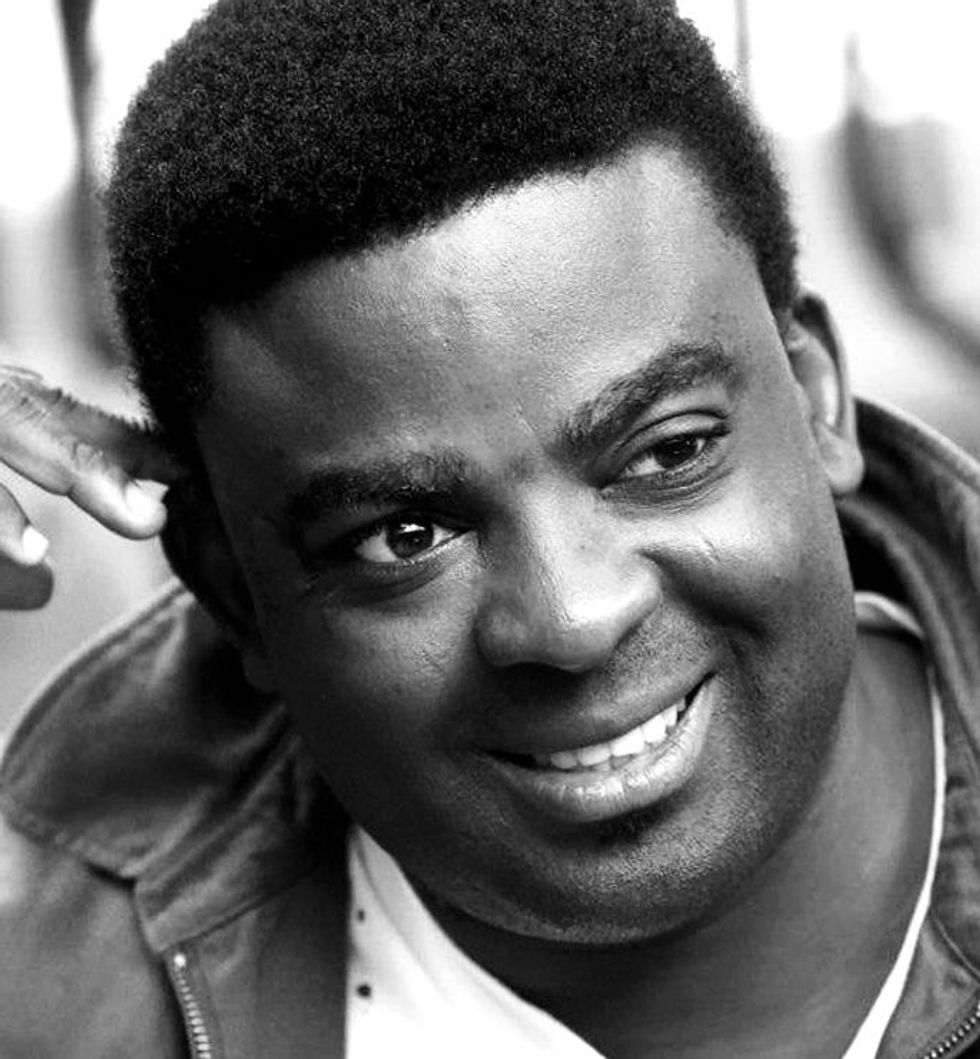 In the latest installment of our Cinema Africa series, we catch up with Nigerian actor and director Kunle Afolayan ahead of his conversation with Genevieve Nnaji at the Toronto International Film Festival, where Nollywood is taking centerstage this year as the focus of TIFF’s annual City to City program.

If the past year has proven anything, it’s that Nigeria’s music industry has arrived on the world stage. Wizkid features on and co-produced the song of the summer. Davidopacked out New York City’s historic Lincoln Center. Tiwa Savage recently joined the ranks of Janelle Monae’s kickass Fem The Future brunch.

Could film be the next big Nigerian export? This month’s Toronto International Film Festival seems to suggest so.

Lagos is the focus of TIFF’s City to City spotlight, an annual program which showcases filmmakers living and working in a selected city around the world. “Bigger budgets, greater artistic ambition – the new cinema of Lagos is bold, exciting, and ready to take its place on the international stage,” the festival’s Artistic Director and City to City curator, Cameron Bailey, said of the decision to bring Nollywood’s “new wave” to TIFF.

An unprecedented eight Nigerian films are premiering this month in Toronto. And as Okayafrica’s Antoinette Isama pointed out, TIFF this year is like one big Nigerian family reunion. Take David Oyelowo for instance. The Queen of Katwe and A United Kingdom star beamed with pride as he addressed a crowd of Nigerians last week in Toronto: “This is the first time, in so long, I’ve been in a room with people who can say my name properly. So I stand before you today as DAVID OYETOKUNBO OYELOWO,” the actor proclaimed.

Indeed, an extraordinary number of heavyweights and fresh faces of Nigerian cinema alike have descended upon The 6. One such star is Kunle Afolayan, the actor and director hailed by The New York Times as the Scorsese of Lagos. In the decade since Afolayan, 41, left the banking world to fill what he saw as a gap in Nigerian film, Nollywood has undergone a creative renaissance. Afolayan brought production value and innovative release methods to an industry once known for its low-budget tropes and bootleg releases.

No stranger to the international festival scene, Afolayan’s first film premiered at the 2006 BFI London Film Festival and went on to play in Nigerian multiplex cinemas–something unheard of at the time.

His sophomore feature, the supernatural suspense thriller The Figurine, premiered to critical acclaim at the 2009 Rotterdam International Film Festival and proved that Nigerian filmmakers need not rely on DVD sales as their main source of revenue. At the time, Africa is a Country’s Sean Jacobs wondered if it was the “first ‘quality’ feature film out of Nollywood.”

With the dawn of Afolayan, Nollywood had officially made it to the silver screen. And with big blockbuster budgets. Afolayan’s fourth movie, the 2014 Nigerian Independence Day thriller October 1, reportedly had a budget of about ₦330 million (just over $1,000,000 USD).

Eleven years since his film career took off, the director is thinking bigger with each project he takes on. His latest venture, The CEO, premiered 30,000 feet in the air on an Air-France flight from Lagos to Paris for the city’s NollywoodWeek film festival.

We caught up with Afolayan over the phone on Sunday, just a few hours ahead of his talk with actor-singer Genevieve Nnaji.

The following interview has been condensed and edited.

It seems as if a new audience is about to get introduced to Nollywood. What would you like them to know?

What we have going for us is we’re making use of available resources to tell stories. The main context that is driving the industry is actually the art of storytelling. Which is why the larger part of Nollywood will compromise on quality and concentrate more on their stories. While the likes of myself and a few other filmmakers feel it is important to balance the production value with [our own] type of stories.

Have you ever seen Nigeria make such a splash on the international festival scene?

No no, this is the first time. This is something I mentioned yesterday actually; this is going to be the largest gathering of Nigerian filmmakers outside of Nigeria. I don’t think it has ever happened. Yeah we’ve been to festivals, but… And also because we have these proper filmmakers, young filmmakers who are really doing something different.

The fact that Nigeria is so well represented at TIFF this year, what do you think it all means in the grand scheme of things?

Now, what we do is more exposed to the international audience. You never can tell what will come out of it. Exposure is one of the things that people pay premium to get. This comes with the package, with the spotlight. I think this will do Nollywood a greater deal. Now we’re there in the open. It’s up to the filmmakers to take advantage of the aftermath of it.

In the past year or so, Nigerian music has really made it onto the world stage. Do you think the same could happen with the film industry?

I think so. Nigerians, we’re initiative-driven, an average Nigerian just wants to do what they want to do when they want to do it. I think that is what the world needs. It’s time we start thinking out of the box. And start taking initiatives. The world has changed, and it’s evolving. Gone are those days when if you release a big film and you haven’t done television and radio then basically you’re not anywhere. Now, on your phone, you can tweet it in the corner of your room and start talking about what you do. You don’t need a reviewer, because once people see your film, on the go they’re talking about it. I think this is a global phenomenon that is going to rub off on the film industry and every other sector.

October 1 is coming up. What’s your hope for Nigeria in its next year of independence?

In life sometimes you just allow things to flow. I would just pray for the economy to sort of change, to stabilize. Now it’s really getting crazy. Now it’s affecting every sector. I believe everything will fall into place.

What about for the film industry?

The film industry is evolving now. We have new, younger filmmakers. Monetizing the content is the area we still have a lot to do.

What about you, what do you have coming up?

I think I’m going to be doing projects in partnership with M-Net. I want to do some television series. I’m working on my next big feature.