Kuvie Is the Producer Defining the New Age of Ghanaian Music 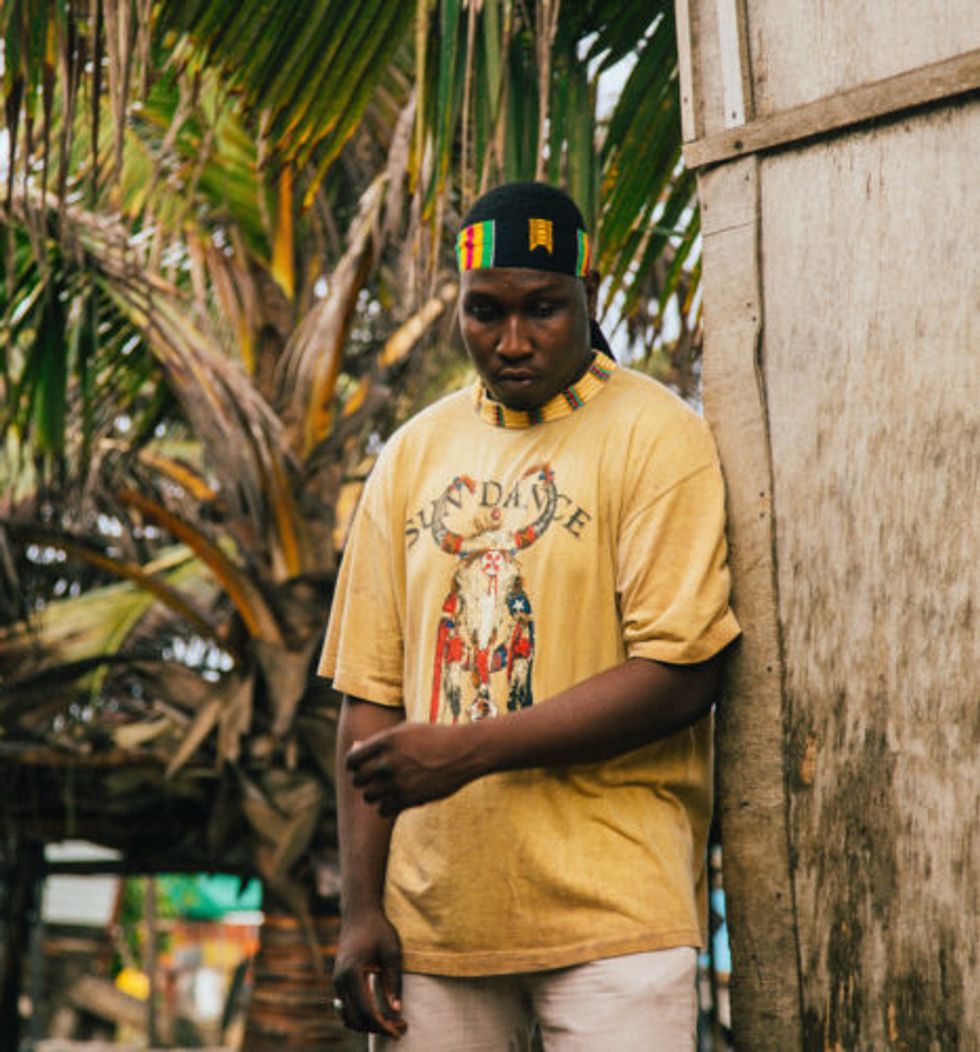 Kuvie. Image provided by the artist.

In his debut LP, Gruvie Vol. 1, the star Ghanaian producer defines his afrofusion sound with contributions from Joey B, Odunsi, Darkovibes and more.

Kuvie has built up quite the resume over time, him being the mastermind behind a number of hits in the Ghanaian music scene starting from 2015 till date. This time around, he decided to give us something of his own, a project detailing what exactly the Kuvie signature sound is.

Gruvie Vol. 1 is a pleasant trip into afrofusion, displaying Kuvie's experimental take on afrobeats, resulting from his love for blending different sounds. Gruvie Vol. 1 occasionally pans from left to right into trap and dancehall, before centering back into mid-tempo afrobeats with signature smooth but bouncy soundscapes, where the producer feels most at home.

The 11-track LP opens with a smooth midtempo song called "Groovy," featuring rapper and singer KwakuBs, a song which definitely lives up to its name. From there it moves into "Energy" featuring B4Bonah and RJZ, the first single released from the project just a few weeks prior to its release. After that, he enlists fast rising heartthrob vocalist King Promise, to lend his signature heartfelt delivery to "Too Much Love," a suave tune that would sound just as much at home in the club as it would in the bedroom.

Also present is the much anticipated "Do Me," a collaboration with A-list Ghanaian rapper Joey B, attempting to double up on the magic of their previous offering, a soulful but vibrant afro-R&B tune titled "U x Me" that topped just about every chart in Ghana. The already existing chemistry between them made this particular cut a clear choice for the project, as the absence of a joint offering from the duo on Kuvie's debut would probably have left his listeners wondering.

Also featured on the project include Kobla Jnr, Hvlfman, Bortey, $pacely, Zepora, Tsoobi, BuMan, and Kwesi Arthur. All the songs were produced by Kuvie himself.

A good number of the featured acts on the LP are already frequent collaborators with Kuvie, but that doesn't make the project any less amazing, as each act is talented and versatile enough to bless their respective offerings with something fresh, and they all definitely hold it down.

Gruvie Vol. 1 is a joy to listen to, especially if you're an afrobeats connoisseur but wouldn't mind hearing something that is distinctly unique, with multiple talents present. Kuvie has once again shown us, this time in detail, why he is at the forefront of the new age of Ghanaian music.

Dive into the project, and get your fix of Gruviness right here across all streaming platforms.