These Top 10 Kwesta Songs Will Make You Rethink Everything 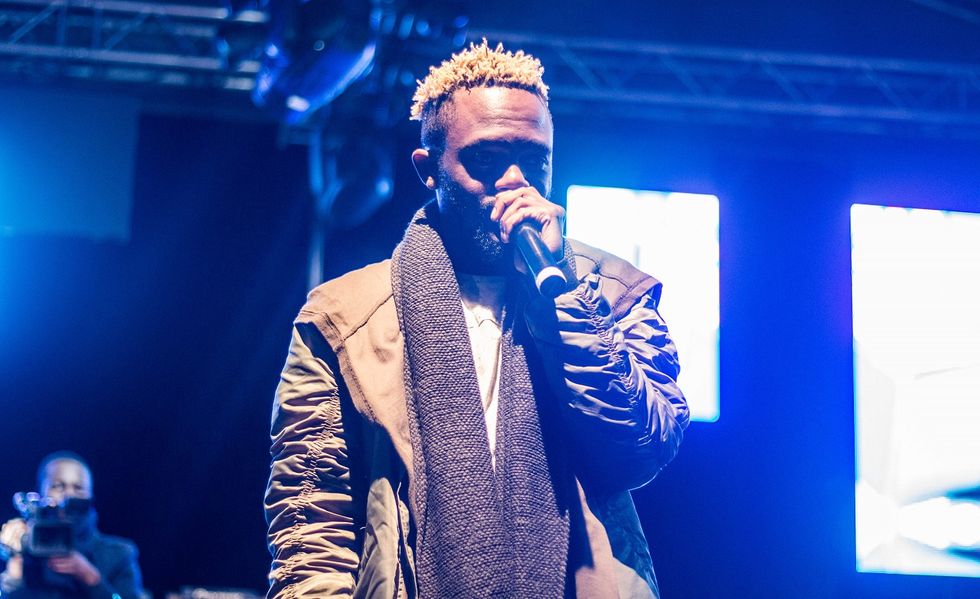 Kwesta has become the most awarded rapper in South African Music Awards history. Listen to his 10 best songs.

His single “Ngud’” was one of the biggest songs in South Africa last year and his latest single, “Ngiyaz’fela Ngawe,” is also sitting on more than 2 million views on YouTube.

One thing you need to know, though, is that Kwesta has been dope for a while. He’s one of the most consistent rappers in South Africa with three solid albums under his belt—Special Rekwest (2010), DaKAR (2013) and DaKAR II (2016).

He mixes English and IsiZulu effortlessly in his rhymes, and has punchlines, metaphors and similes for days, and can tell a story so well you can smell the beer and cigarettes in the shebeens of his hood Katlehong (K1) through your speakers.

Below, is a list of some of the man’s best tracks thus far, in no particular order.

After being placed on the ninth position on the 2014 MTV Base Hottest MC’s list, Kwesta released “King Speech.” He had a lot to get out of his chest, and he didn’t opt for Twitter, but for what he knows best: raps. He spoke about his ex-label Buttabing, Cassper Nyovest and AKA’s beef, being a parent, and traced his journey as an artist, among other topics. Kwesta poured his heart out with his slick wordplay over a grimy instrumental, which was a fit for the venom he spat here.

This was Kwesta’s first popular single from his debut mixtape The Quest (2009), which was hosted by DJ C-Live. The rapper announced his arrival with clever punchlines, metaphors and similes, most of them in IsiZulu. The song was tailored with comical lines like “Uzophuma emuva njenge s’thende/ I got blankets in my pocket, ‘fanakithi z’hlale z’lele” that had heads screaming “ooh!” throughout. “Sharp Fede” went on to be a street classic, earning itself a star-studded remix featuring respected lyricists such as N’Veigh, ProVerb, Flabba and Red Button, which appeared on his debut album Special Rekwest, released in 2010. The remix was great, but the original song is still better—Kwesta owned it.

“Thul’ ujaive” was a vital collaboration. Three of the most potent Zulu lyricists—Kid X, Zakwe and of course Kwesta—got together for a song that was a lot of things in one. It was a club song, a street banger, and had bars to go with. Kid X came with his trademark nonchalant delivery, and Zakwe with his tongue-twisting Zulu bars. Kwesta’s contribution was through a catchy hook which he delivered like he was under the influence of a Carling Black Label. “Ngud’” took off where this song left off.

On “Nomayini,” the first single to DaKAR II, Kwesta deployed a sing-songy delivery which strangely worked. It’s another one inspired by beer and the nice times from the K1 God. “Nomayini” is for the clubs, with lyrics that match (“She wants a ring lakimi, angazohlanya,” “Jaiva ufuthumale, nana/ Thina sob’shaya k’phum’ ilanga, ntanga”). “Nomayini” is an addictive song, on which Kwesta just makes making hits look easy.

On “Preacher,” a deep cut from DaKAR II, Kwesta tells it how sees it. The whole song is replete with thought-provoking quotables about being black in South Africa.  An excerpt: “Someone tell the black man if you ain’t doing too much, you ain’t doing enough/ You just worth like 200 bucks/ Somebody tell the white man that you ain’t losing to us/ How the fuck are you losing when employment is a rumor to us?/ I say I’m free kodwa ang’kwazi ukwenz’ uk’thanda kwami/ I say I’m but ng’yak’judge(a) maw’fana name/ I say I’m free kodwa ijele l’gcwel’ intanga zami…” And the autotune on the hook is applied to give Nota’s vocals make it effective.

This song has too much soul. It was originally recorded in 2008 for South Africa’s longest running hip-hop print publication Hype, as part of their mixtape series. It was produced by the collective Octave Couplet, and boasted a soulful hook from soul singer RJ Benjamin. Kwesta rapped about how focused and determined he was to achieve his goal, so much that he was an outcast in his hood. He rapped: “It’s a Monday, I’m on my way to school/ Bang’biz’ icoconut ‘cause it’s a multiracial school/ They trash-talking every time I go past/ Kodwa bablom’ emashop, and I got class/ I ain’t listening to what these dudes say/ I got an assignment and the due date is Tuesday.” Rappers Junya Skillz and T’do’s verses complimented Kwesta’s, centered on the subject of hustling.

There’s so much to say about “Ngud’.” It’s Kwesta’s biggest song-to-date, and is one of the biggest South African hip-hop songs ever released. It also saw Cassper Nyovest do the unthinkable when he spat a verse that fans can recite from start to finish at live shows. Kwesta’s delivery was playful—his nonchalant delivery made sense and suited the mood of the song. And how about DJ Maphorisa’s flip of the house classic “Camino Del Sol (Joakim Remix)” by Antena? And the kwaito influence on the song. There was no way “Ngud’” wasn’t going to be as big as it became.

This was when Kwesta still called himself Mr Cool. “Boom Shakalaka” was an embodiment of his persona then. The beat was empty—with enough room for the man’s personality and charisma. His delivery was laidback-yet-solid with more punchlines for your ears (“Fuck you think you playing with?/ Mak’ngena mina k’phel’ inhlamba, y’all ain’t saying shit/ Now I’m on  my baby shit/ I should name my first child bar, ‘cause I’m raising it”). Kid X was equally impressive deploying the same nonchalance as Kwesta and spitting lines as potent.

“Take That” (ft. The Repertoires)

This is another track that showcases Kwesta’s brilliance. His wordplay is captivating as usual. The music was tailored for the clubs—it’s reminiscent of Ester Dean’s hit “Drop It Low”, with a repetitive sampled chant and a robust rhythm. It was only right that the video featured the dance crew The Repertoires, who were popular at the time—it was that jiggy. “Take That” showed Kwesta’s versatility—he rapped over a beat that not many fans would have expected him to at the time.

“Ngiyaz’fela Ngawe” is a beautiful and emotive love song from DaKAR II. A stellar hook by Thabsie and verses that are straight from the heart by Kwesta, make up one of the most sincere songs Kwesta has ever released. The music video, in which the rapper’s wife and daughter make an appearance, help drive the point home—relationships aren’t easy, especially if you are a busy artist like Kwesta, but love always wins.