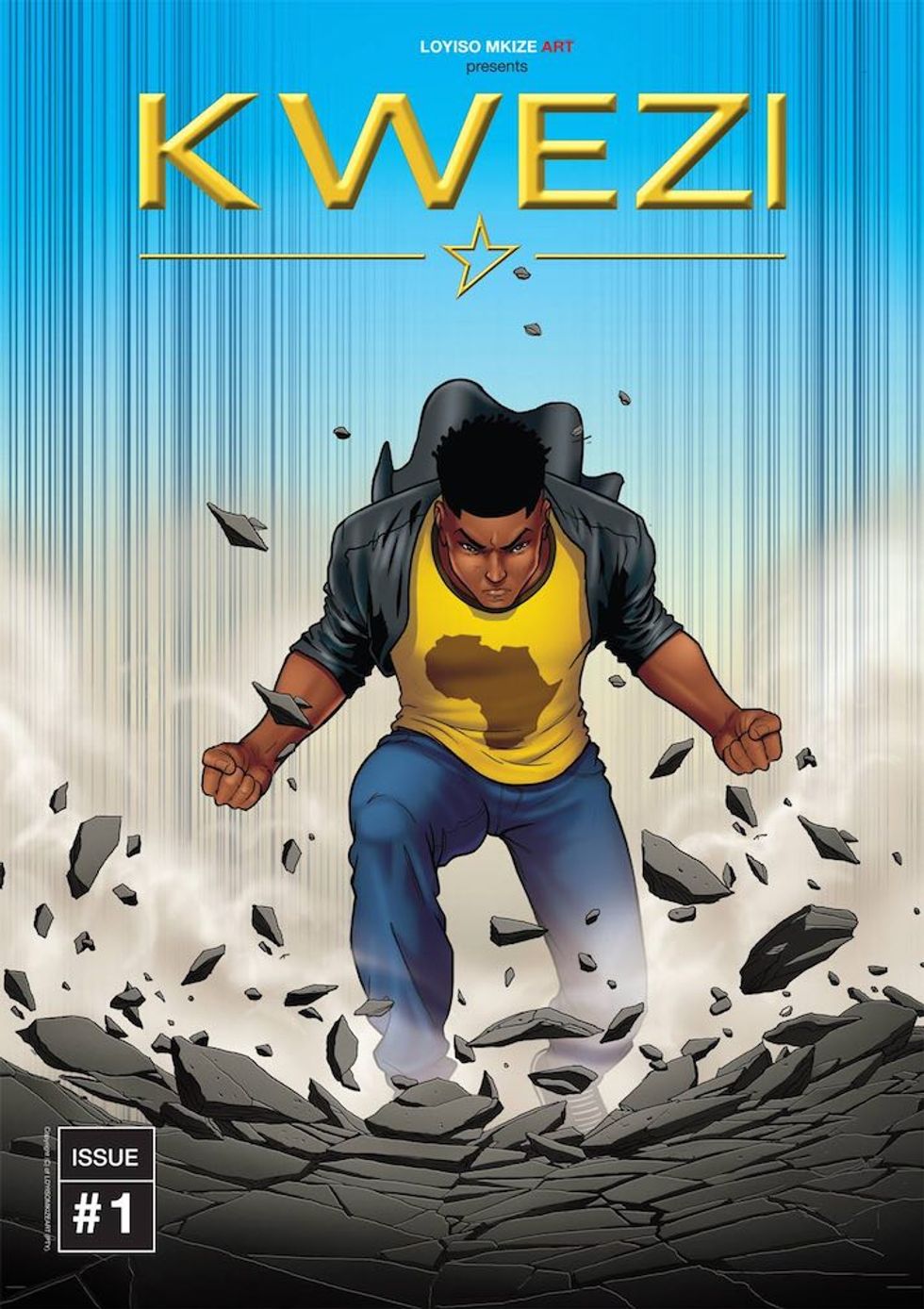 The African superhero universe continues to widen with the emergence of a comic book series from South Africa. Kwezi, which means "star" in Xhosa and Zulu, is the brainchild of Loyiso Mkize, a designer and fine artist who got his start in comics as an illustrator for the long-running Supa Strikas soccer series. Mkize describes Kwezi as "a coming of age story about finding one's heritage."

The comic follows a narcissistic teenage boy named Kwezi as he discovers his superhuman abilities amid the daily hustle of the fictional Gold City-- a bustling metropolis modeled after Johannesburg. Portrayed as a cocky anti-hero obsessed with selfies and Twitter, Kwezi is initially fueled by the attention from his adoring online fans, but he soon finds out that his powers come with a cultural responsibility. To accurately reflect Kwezi's world and that of potential readers, the comic's dialogue is peppered with street slang and pop culture references that place the story in a familiar context for young South Africans. Since the release of Kwezi's inaugural issue a year ago, Mkize and his team have followed up with two additional installments to the planned 12-part series. The self-published comic took three years to develop after local publishers balked at the idea that a South African superhero could be a successful endeavor.

In a recent conversation with Design Indaba, Mkezi shared his motivation behind the unique series. “We have never had a superhero that looks like us and speaks like us and shares the same experiences and environment as us. Comic books in South Africa are still at crawling stage. The market hasn’t been tapped into and activated. As someone who is passionate about comics and the power of comics I see it as a challenge to overcome.”

Check out some "Kwezi" artwork  in the gallery above. Read the first issue here.