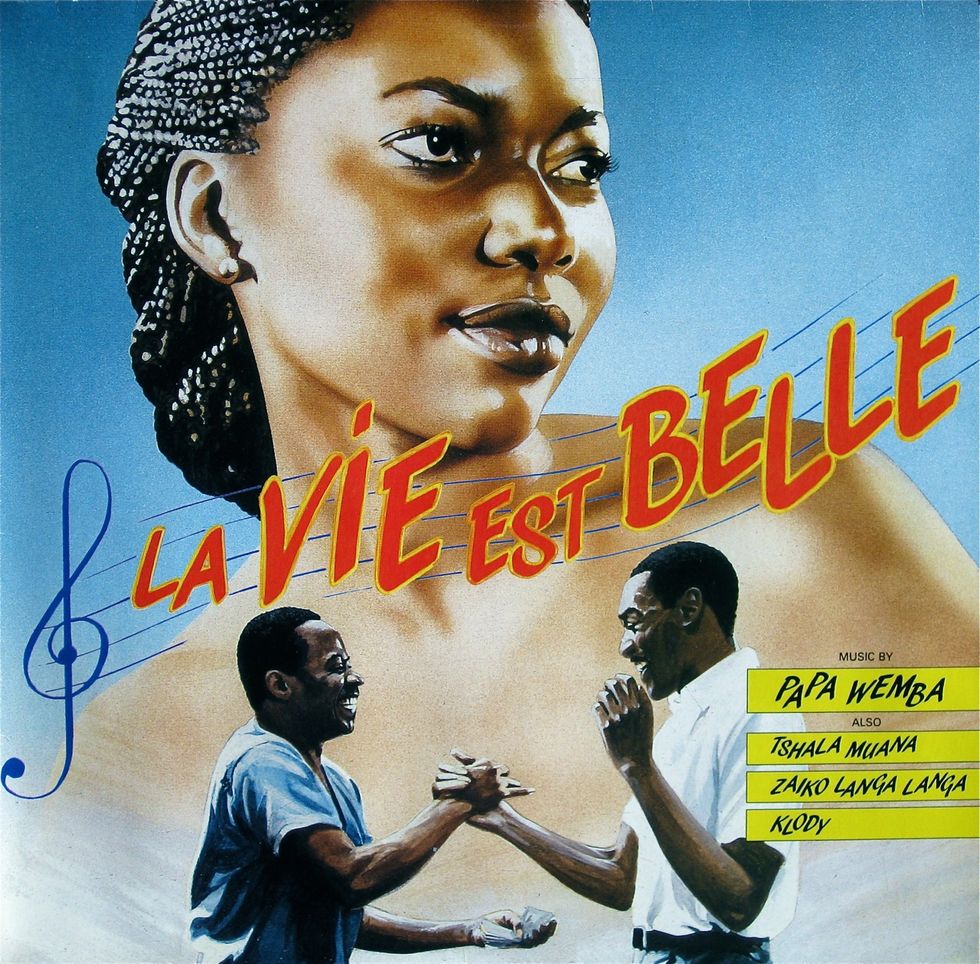 Papa Wemba starred in the hit film that tells the story of a struggling musician who tries to make it big in Kinshasa.

I first heard of Papa Wemba through the movie La vie est belle, which translates to "Life is beautiful," or “Life is rosy.” Although it was released in 1987, some African countries still did not have TV stations, so it garnered so much popularity when high school students were lucky enough to watch it in the movie theater at their schools.

This film was also just as prominent like 1980’s The Gods Must Be Crazy, because they were able to depict the life that most of the people knew well in the countries that make up central and southern Africa.

Papa Wemba played the lead role, Kourou, who was a peasant from a village deep in the former Zaire, today’s Democratic Republic of the Congo. Kourou had the dream of becoming a great musician. He decided to leave the village venture off to the capital, Kinshasa, barefoot with his traditional musical instrument.

When he reached Kinshasa, he realized life in the city was starkly different and went through life’s ups and downs. As he struggled to overcome the challenges of adapting his music from the village to the city, he manages to make the new friends who are the big names in the history of Congolese rumba and soukous, including Pepe Kalle, who unfortunately also died while performing on stage in 1998.

La vie est belle depicted romance, love and family reconciliation all with beautiful Congolese music as the thread. You’ll also hear music in the film from Tshala Muana, Klody and Zaiko Langa Langa, one of the most successful Congolese groups Papa Wemba co-founded and played a huge role in.