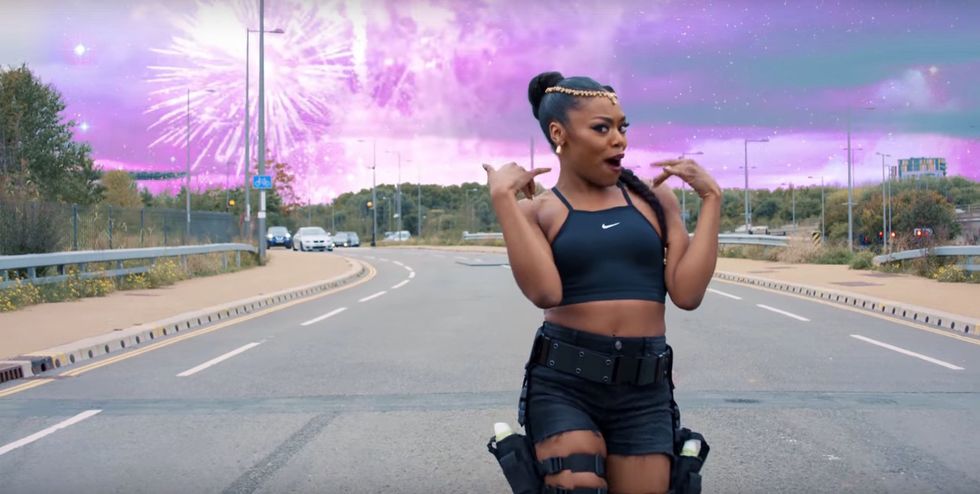 The UK MC is back with another installment of her "Queen's Speech" series.

Lady Leshurr is one of the best MCs in the UK today.

Each new release in her "Queen Speech" series reaffirms her many gifts, and the seventh edition is no different.

Leshurr's special knack is for clever battle rhymes that cut deep and are delivered with bite and precision. Where other rappers would space out their best punchlines over long verses, damn near every line by Leshurr is packed with a form of wordplay. See lines like "Side note bar, your girlfriend looks like Sideshow Bob / this might sound harsh by you ain't wavy your eyebrows are (filter girl dem)."

True, cruel and funny jokes are made at the expense of big name stars like Usher and R. Kelly but also anonymous Instagram posers "Certain girls only clean their house when their man come around / holding money in your pictures when you can't give your mum 10 pounds."

Leshurr's team of dancers and DJ are all women. For the video for "Queen's Speech Ep. 7" she reportedly hired an all-female production for the entire shoot, an approach she admits to learning from Beyoncé.

Concerned with more than just battle rhymes, Lesshurr also criticizes the government's poor handling of the Grenfell fires which cost 70 lives, taking a direct aim at the prime minister "who stood up when Gren-fell / where's all the money we raised then / Theresa May is a waste man."