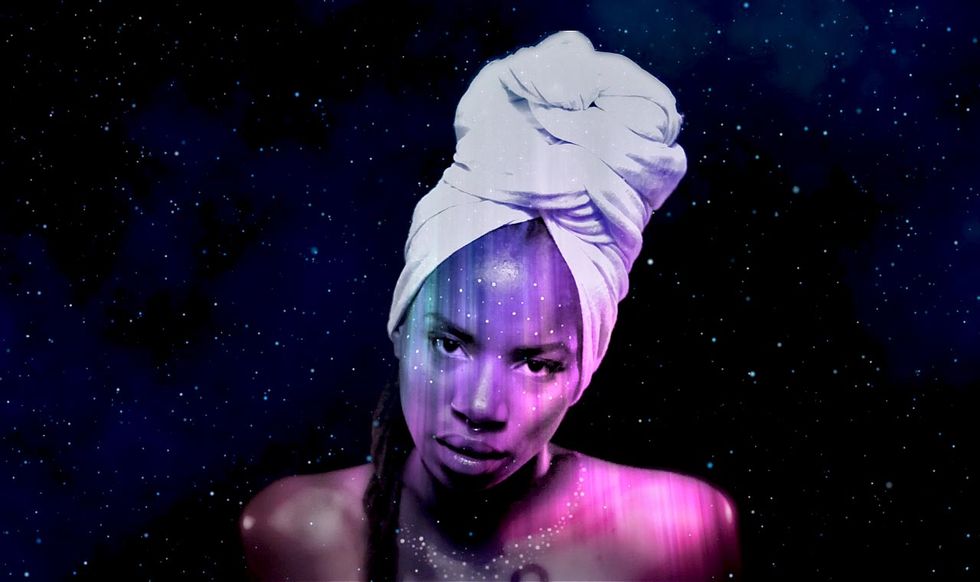 Ngonda Badila is the lead singer of Lady Moon & The Eclipse, a 7-piece band consisting of her 2 sisters Ntangou and Nkoula, and three other musicians. The Brooklyn-based band channels the physical universe while exploring themes of spirituality and inclusivity.

Today, they release their debut visuals for “Rollercoaster,” a soulful ballad that taps into the realm of otherworldliness through bold afrobeat, R&B and funk rhythms.The nearly 5-minute video sees Lady Moon flexing her honeyed vocals before a glimmering, atmospheric backdrop. The music video is directed by none other than Congolese musician Young Paris, who also happens to be Ngonda, Ntangou, and Nkoula’s brother. Clearly talent runs in the family.

Check out our premiere of Lady Moon & The Eclipse’s “Rollercoaster” below and look out for their debut EP, Believe, to drop this spring. Keep up with the band on Facebook and Twitter.