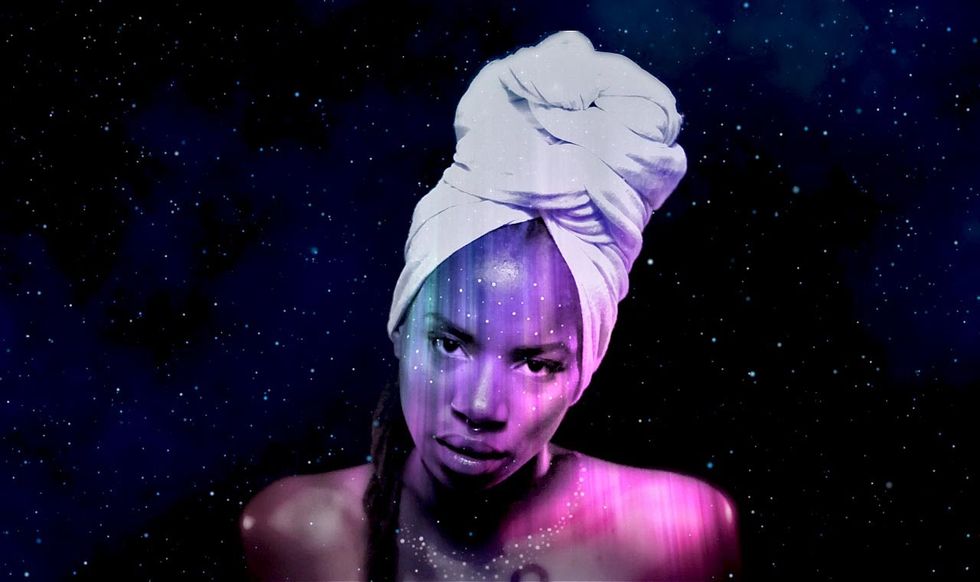 Watch the visuals for "Rollercoaster," the latest single from Brooklyn-based band Lady Moon & The Eclipse.

In their debut EP Believe, Brooklyn-based musical group Lady Moon & The Eclipse hope to create a piece that examines their multiculturality, spirituality and melody.

The band—the ‘Eclipse’ to Ngonda’s ‘Lady Moon’— includes Nkoula Badila and Ntangou Badila as backup vocalists, Arlen Hart on the keys, Jonathan Camuzeaux on bass, and Ken Reichl on drums.

Their lead single “Rollercoaster,” which the group released a video for earlier this year highlights Ngonda in a white scarf and ethereal lighting singing directly to the camera.

If you’re intrigued or hooked, catch Lady Moon & The Eclipse at their next performance at the Brooklyn Bowl on June 27. In the meantime, take a listen to Believe below.