Pantsula dancers, classic Hollywood films and mannequins are just a few of the subject matters explored at this year's LagosPhoto Festival.

All images courtesy of LagosPhoto

Pantsula dancers, classic Hollywood films and mannequins are just a few of the subject matters explored at this year's LagosPhoto Festival.

Slated to kickstart on Saturday, the monthlong festival will include indoor and outdoor exhibitions from 35 international photographers spanning 18 countries, as well as workshops and artist presentations and discussions. Linking these citywide events is this year's theme, Designing Futures.

"In a continent whose design history includes the Benin Bronzes, Adinkra, and some of the oldest writing systems known to man, deference to these feats are acknowledged in the rich and sometimes frugally chic designs we see today," reads the LagosPhoto press release. "Photographers from across the continent and beyond display deft but also awareness of the cultural and socio-political landscape that influence daily life, and in turn communicate that awareness through the images they create."

To commemorate the sixth edition of Nigeria's first and only international photography festival, we're spotlighting 12 featured exhibits whose powerful work explores individual experiences, identities and historical and contemporary issues from across all of Africa. Keep reading to preview these vibrant works:

Senegalese Omar Victor Diop and French-American Antoine Tempé are the Dakar-based photographers behind the 20 images featured in this dynamic series. Inspired by classic American and European films, like Thelma & Louise and American Beauty, (re-) Mixing Hollywood reimagines iconic movie scenes by setting them in Dakar and Abidjan using local models.

"Why cinema? Cinema is probably the form of art that is the most universal, as it transcends all barriers, be them geographic, cultural, or racial," reads the exhibition synopsis. "Great movies of the past, as well as most recent ones, feature iconic scenes that have tremendously influenced pop cultures of very different societies. African cities weren’t left out." 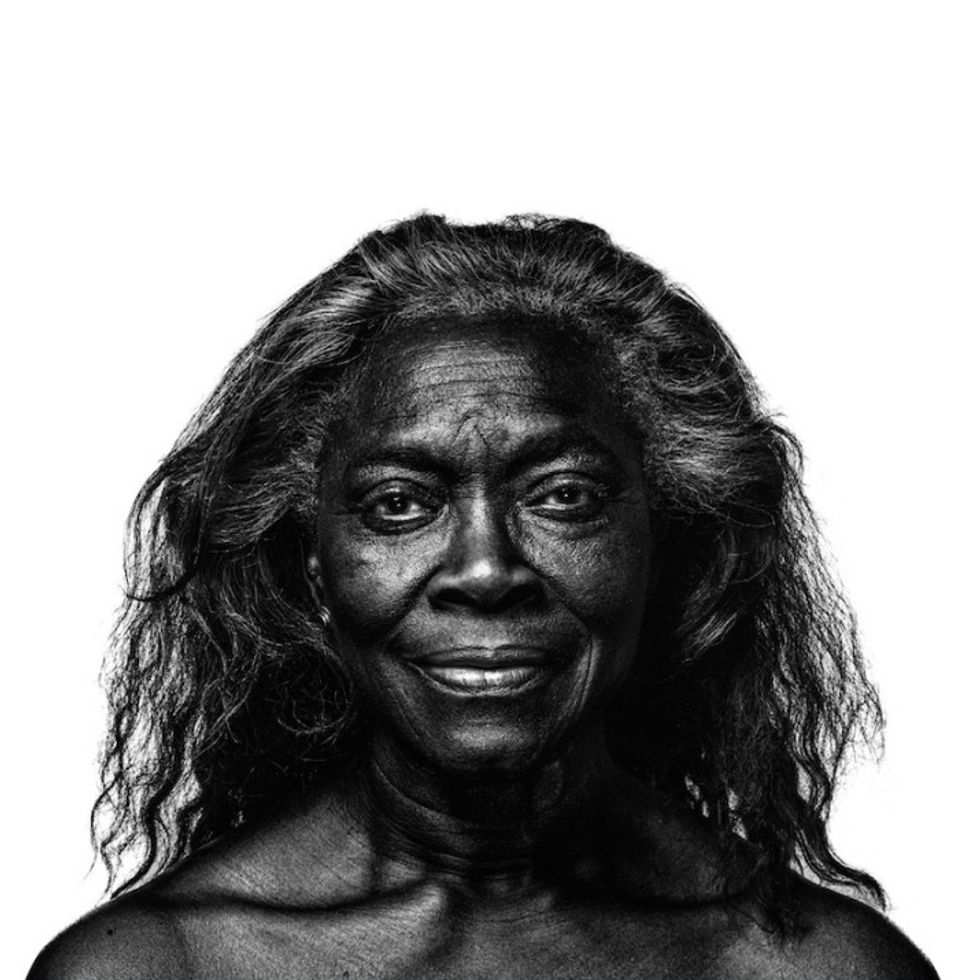 For his photograph series, photographer Ima Mfon decided to challenge preconceived notions of African identities with a series of black and white portraits. “Drawing inspiration from photographers who have created typologies of their subjects, including the German August Sander, the American Richard Avedon, and the Nigerian photographer J.D ‘Okhai Ojeikere, I use a plain background to eliminate any cultural or ethnic context, whether of urban disrepair or African wilderness,” the Lagos-born artist writes on his website. “I want to contest the superficial travel or tourist photography approach to peoples who may be unfamiliar to the photographs’ viewers.” 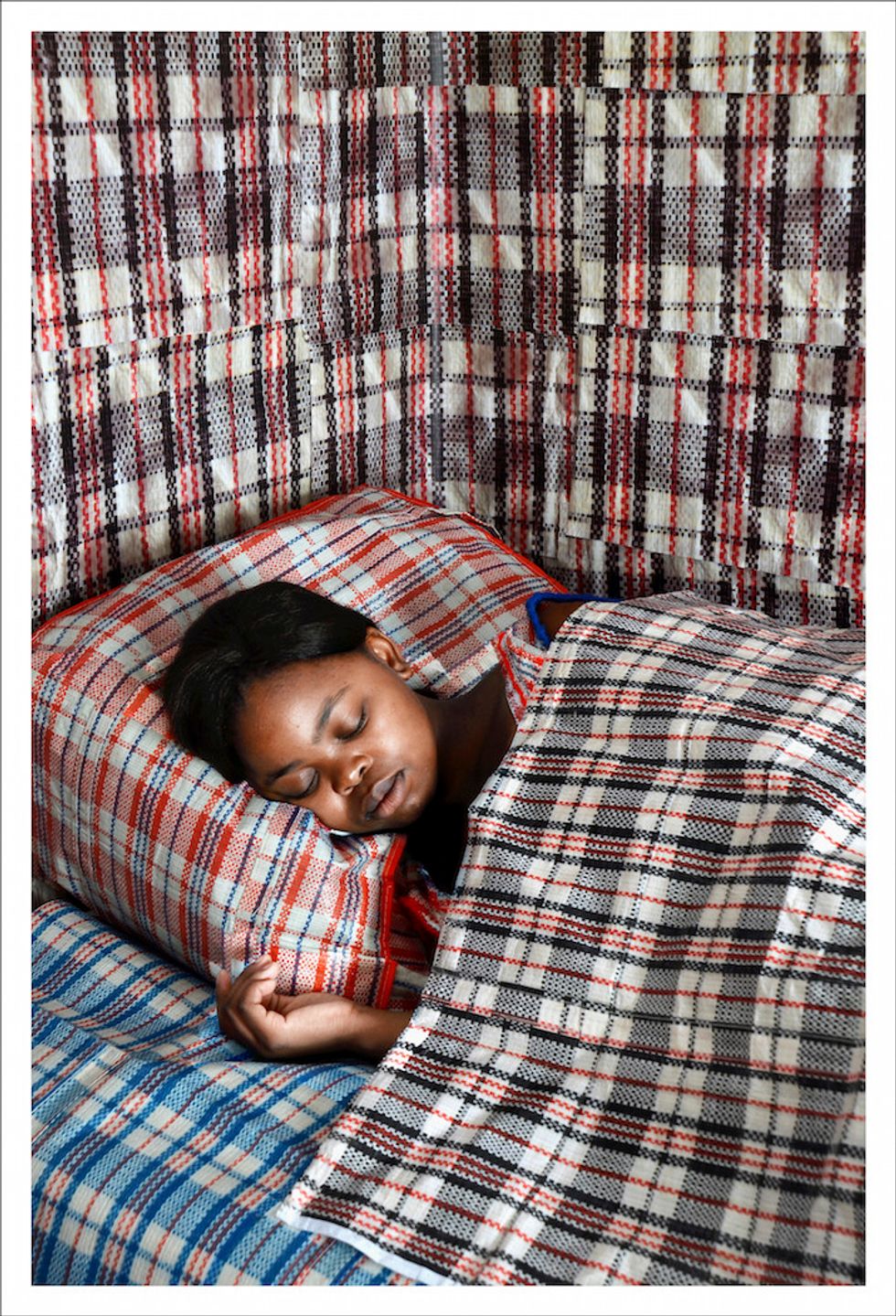 Anyone who has traveled to or from an African country has likely spotted an unomgcana during their journey. However, unless you're familiar with the Xhosa language, you might know this item by another name: "Bangladeshi bag" in the U.K., "Ghana must go home bag" in Nigeria, "Guyanese Samsonite" in the Caribbean...the variations go on and on. These ubiquitous plaid carry-alls are the center of South African photographer Nobukho Nqaba's photography series. "These bags have become global symbols of migration-not only across borders but also within countries," reads the exhibition synopsis. "They are objects that carry a home and act as a means of survival for one who does not have much." 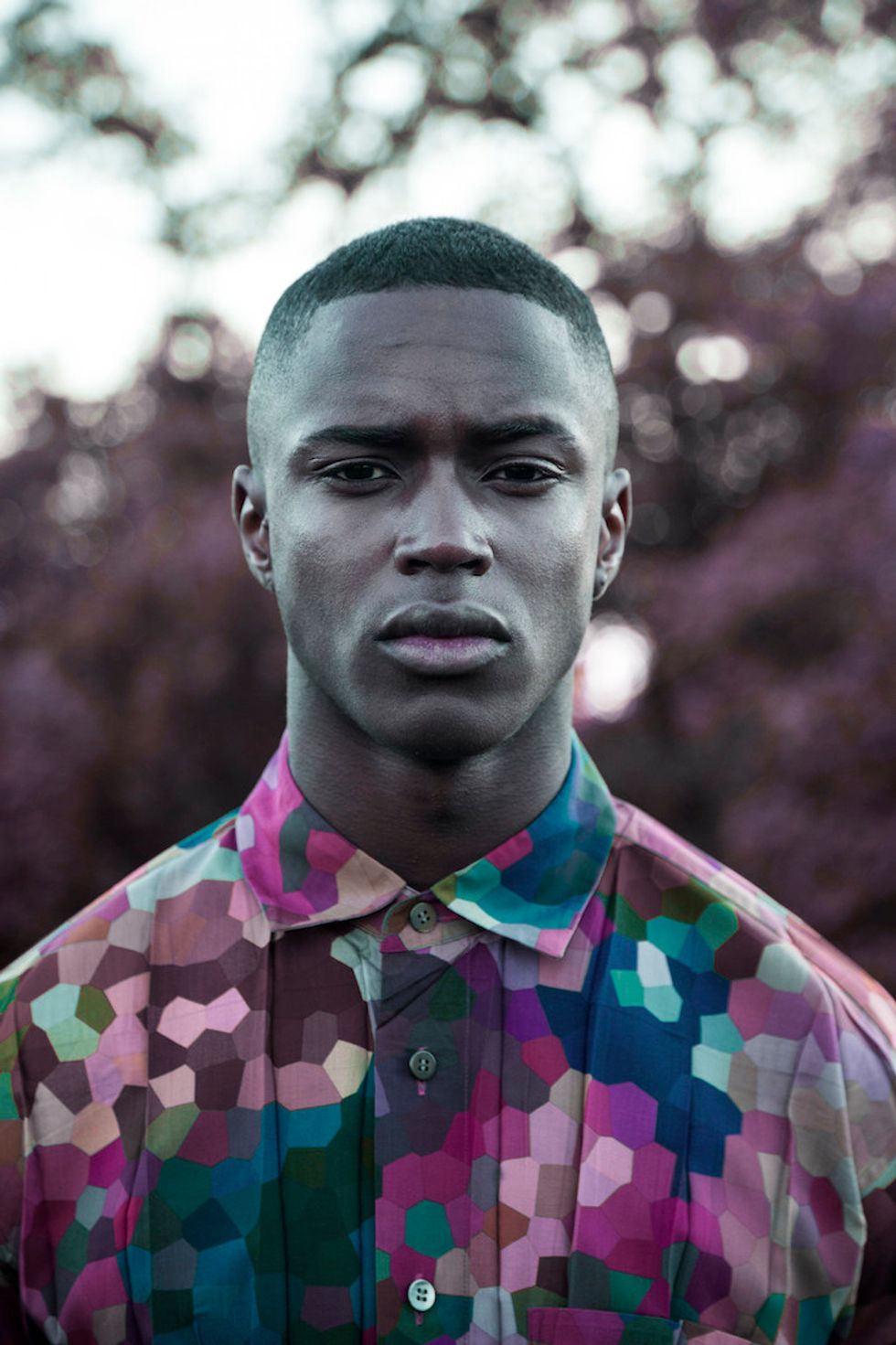 Street photography fans are in for a treat with Moroccan photographer Mehdi Sefrioui's exhibition. Infra-Red Fashion marries the Paris-based artist's early photography teachings with his self-taught street style learnings. "Fashion photography is a very powerful medium that I choose to use serving causes I believe in," writes Mehdi. "My main series are focused on the subject of African identities. Instead of producing empty shells as it is usually expected from fashion photographers, I decided not to blend in and therefore express subjects that matter to me." 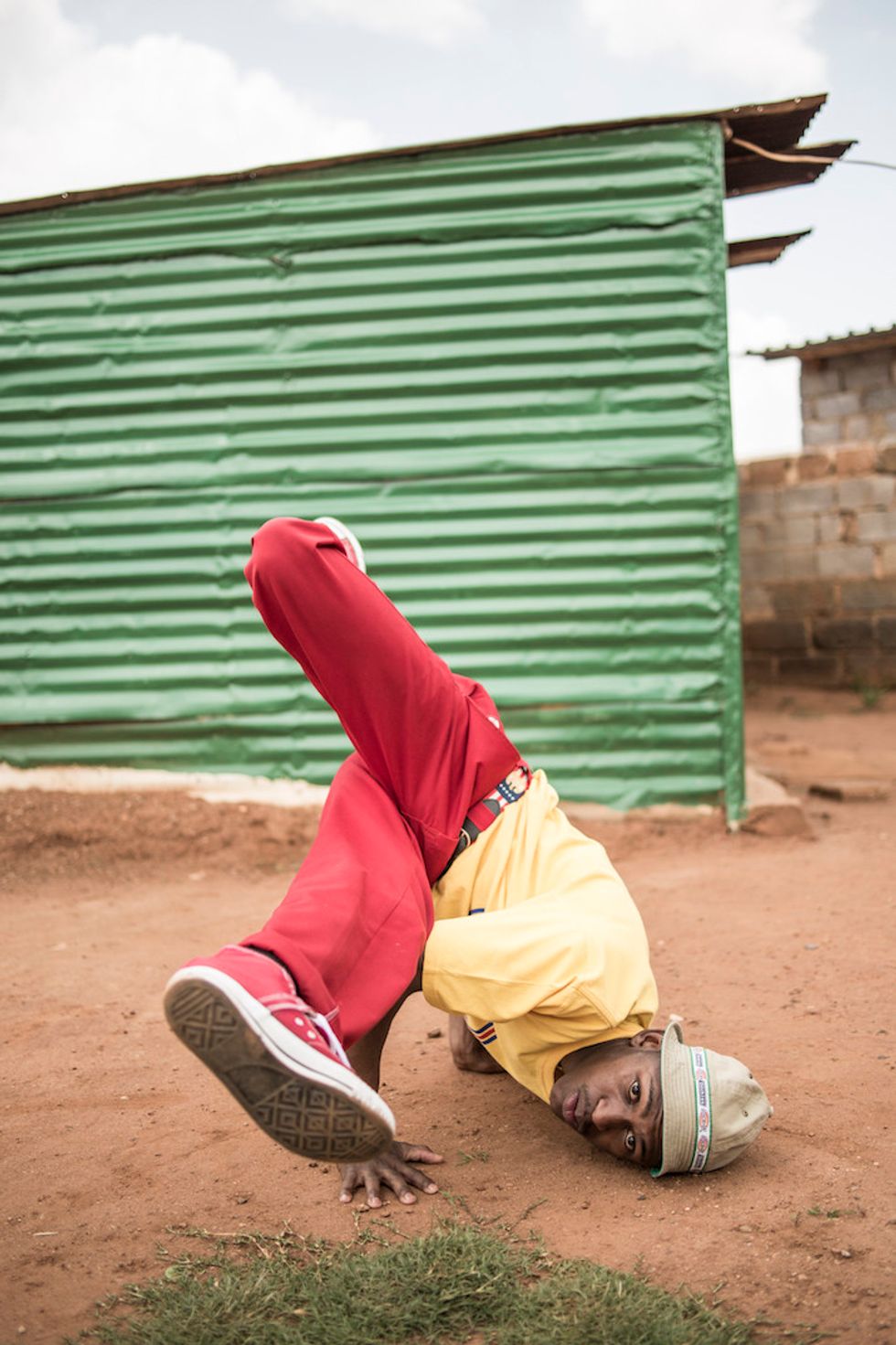 IsiPantsula is a youth culture and lifestyle that has shaped the identity of generations of young South Africans since the 1950's. South African photographer puts the culture's language, music, dress code and narrative dance form (Pantsula) front and center in his vibrant photo series. "The pictures document the movements, both literal and figurative, of the different pantsula dance groups and dancers in their environments, and tell the contemporary story of pantsula in and around Johannesburg’s townships," reads the exhibition synopsis. 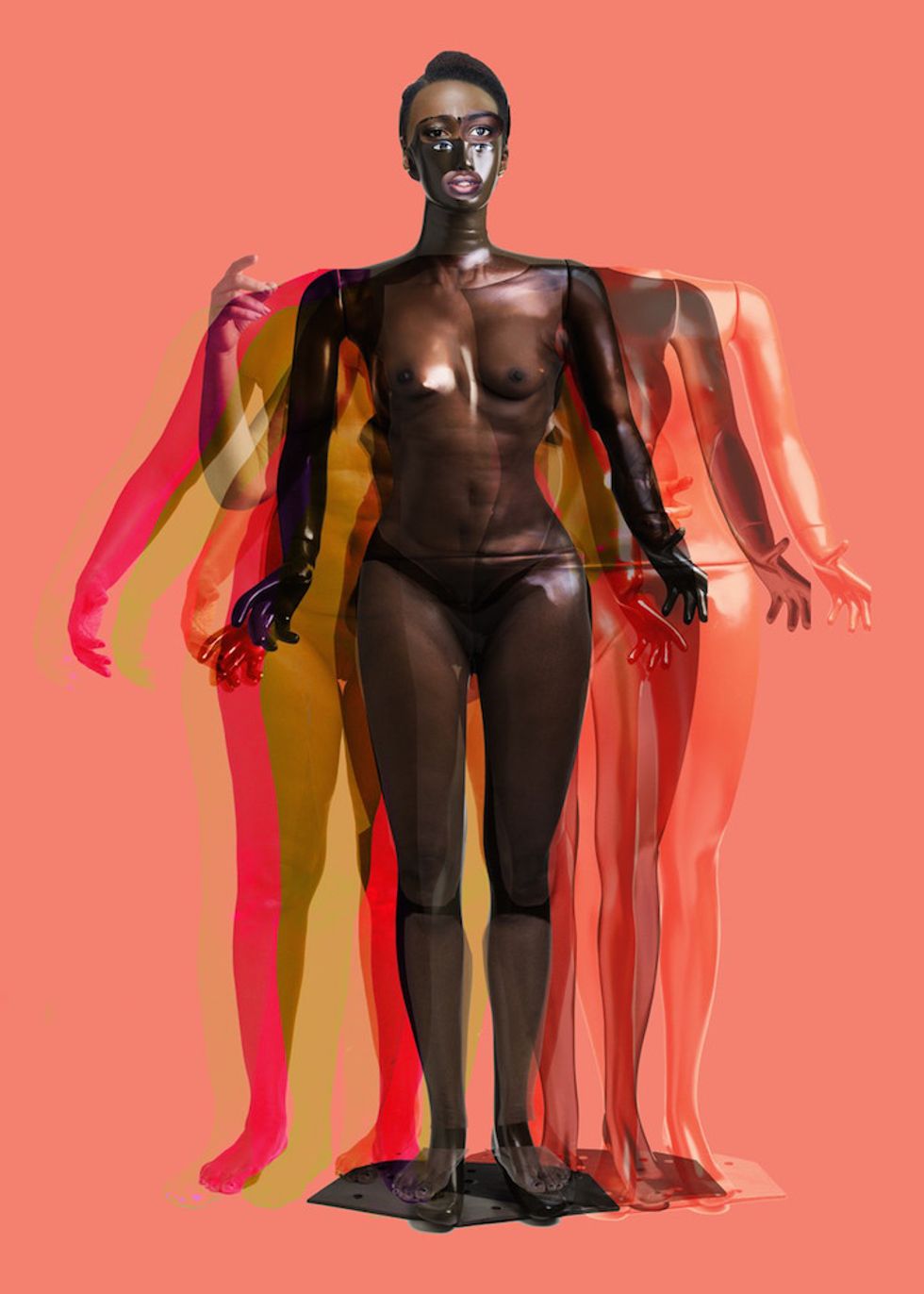 Since 2011, Côte d'Ivoire has been producing Awoulaba, mannequins with ample hips, breasts and arms and, sometimes, darker skin. These mannequins, named after the Baule word for "beauty queen," offer local shoppers an alternative to Taille Fine, their counterparts that adhere to western standards of beauty. Ivorian photographer Joana Choumali has been documenting Awoulaba manufacturers to explore complex notions of femininity, beauty and body image in contemporary African society. 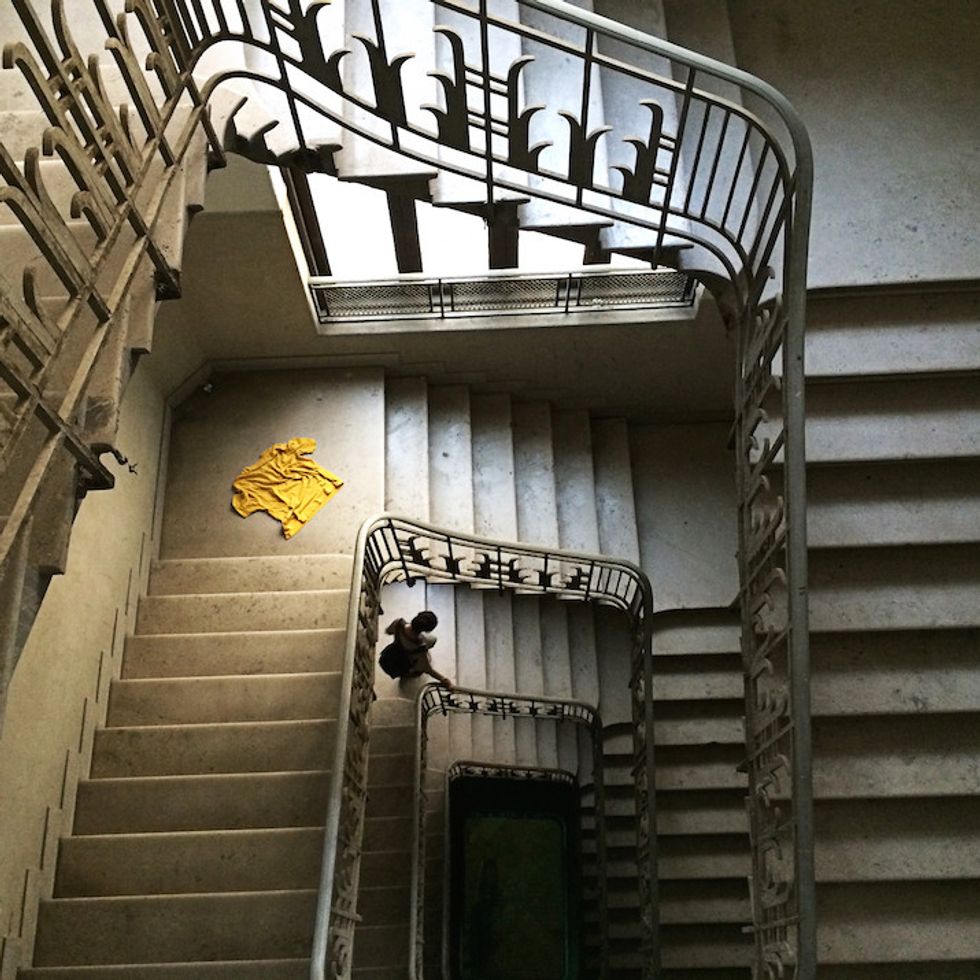 "I never leave my house without it, which I consider to be a second self," writes Egyptian photographer Owise Abuzaid about his yellow t-shirt, the star of his stark series. "I’ve been using it to reflect my presence and document significant events like when I had a car accident and when I get to place that I can buy a half car to pimp it, on my uncle funeral and on my fishing trip and also at my cousin wedding as well as my daily routine through photography for 7 months now. However it all started as a hunt for interesting compositions in the streets of Cairo using an element as easy to handle and as eye-catching as the yellow shirt." Visitors interested in minimalist and abstract works are in for a treat. 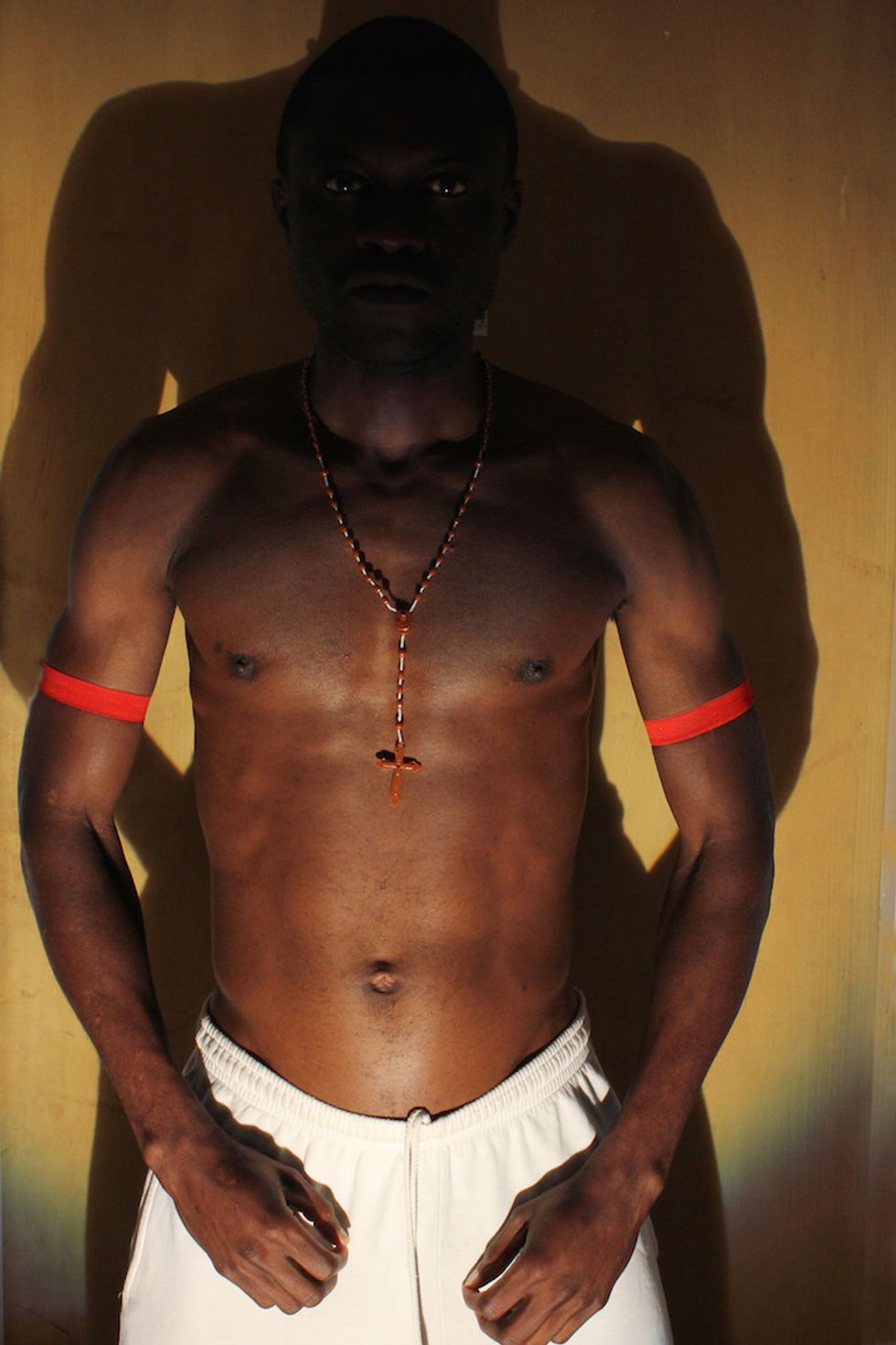 The inspiration behind Patrick Selemani's Le Survivant photographic performance series lies in his being a survivor of war in the Democratic Republic of Congo. "My work is a response as well as a reflection of the chaotic situation of war in my homeland," writes Patrick. "The performativity nature of the images forges as an identity of a difficult and tense being. This body of work is a reflection of the trauma that resulted in being exposed to the horrors and tragedies of war and the distress that follows you as an immigrant in a foreign country." 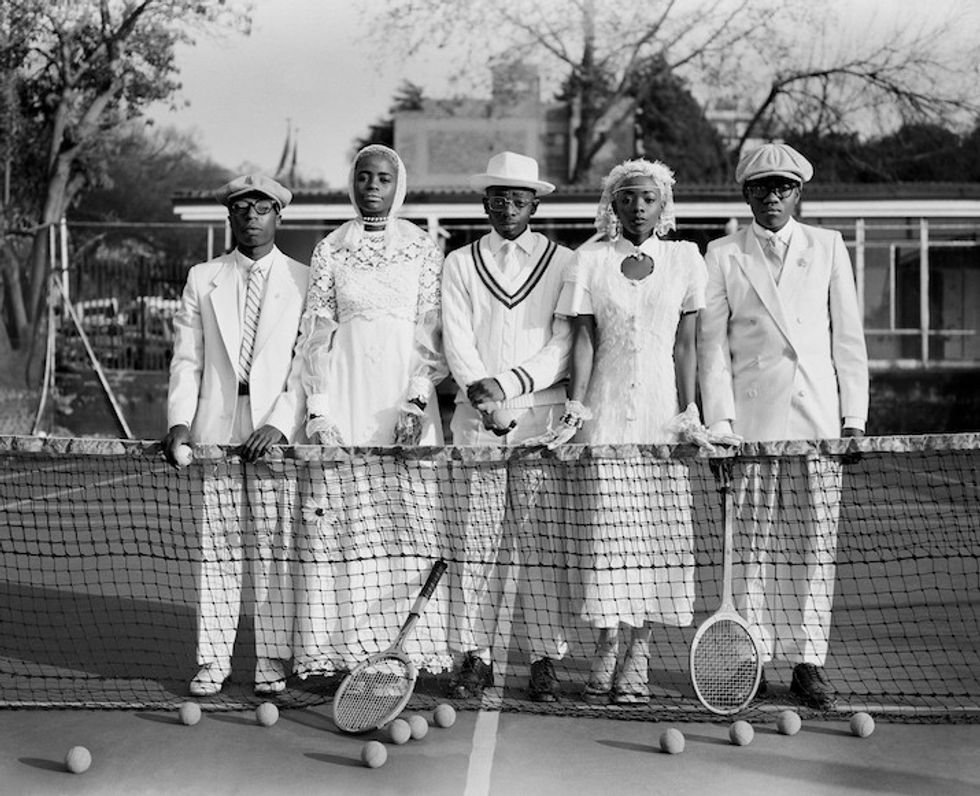 Self-taught South African photographer Buka Andile created Sartist Sport to combat assumptions of what it means to be South African in modern society, according to the series' synopsis. Clothing and sports culture both play a large role in Andile's project, which aims to call attention to South African athletes. As Andile describes, Black sportsmen and women went through difficult circumstances residing from colonialism and apartheid, when sports was seen as a novelty for black people, a “white mans” activity. "During those dark times there was little, to no voice by black people for black people," he writes. "These athletes used sports to give black culture an identity, which we still use as a reference in South African history."

The Superwales images a Democratic Republic of Congo in 2050. More specifically, it envisions what could become of the Ekonda tribe's traditional Walé motherhood ritual as it continues to resist and embrace the pressures of modern life, writes French self-taught photographer Patrick Willocq. Through his work, he aspires to transform today's reality with photography to help viewers understand the beauty and difficulty of secluded first time mothers, or superwalés, in the Democratic Republic of Congo. 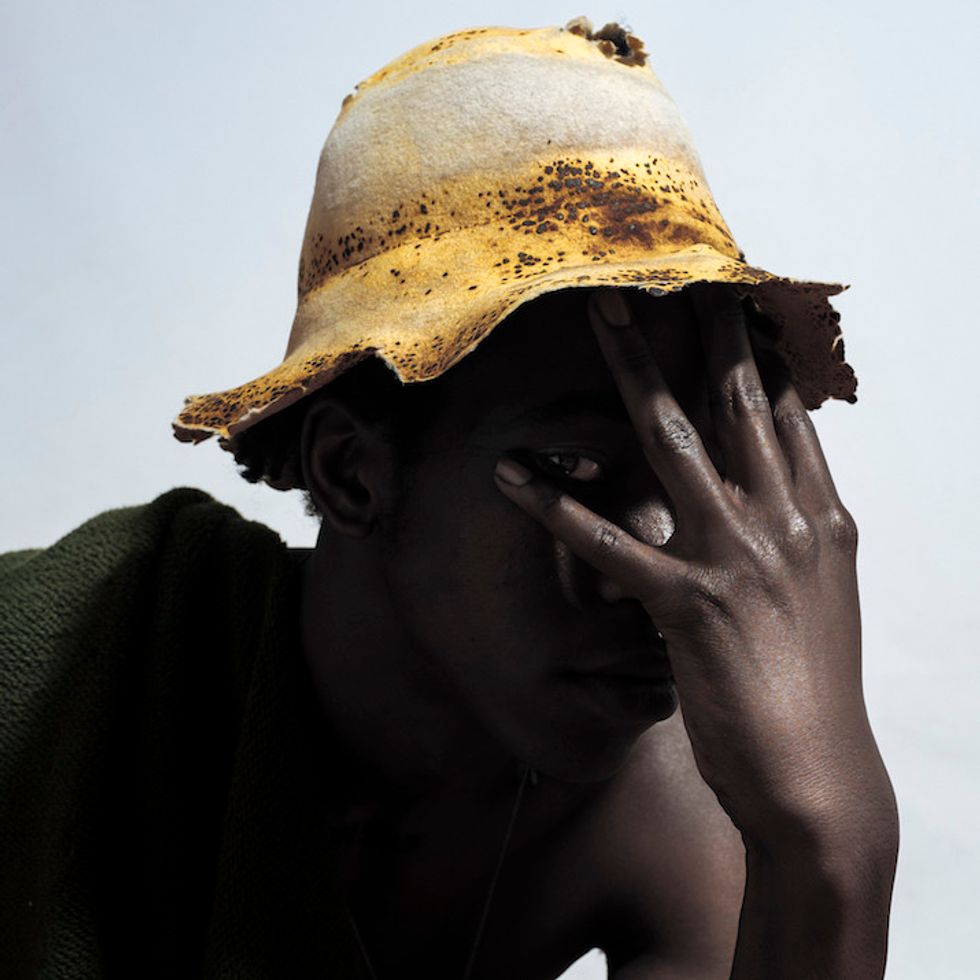 Nigerian fashion photographer William Ukoh's Whiteshadows I stems from the ongoing public discussions around cultural appropriation and ownership. "We live in a time where the topic of cultural appropriation, or variants of the term, has become more prevalent in casual conversation," writes Ukoh. "Every participant of said conversation has an opinion on what it means to 'borrow' from another culture. Within this, I feel there is a much deeper conversation to be had about borrowing, for the sake of advancement, or borrowing, for the sake of taking ownership. Who decides what's what? In this first series, I explore the creation of culturethe creation of Identity."

LagosPhoto opens to the public on October 24 at Eko Hotel & Suites in Victoria Island, Lagos. Satellite exhibitions will also take place in several art and cultural centers and public outdoor spaces throughout the city. For more information on the photographers and events, visit the official LagosPhoto website.

Ima Mfon's 'Nigerian Identity' photo series calls for the appreciation and respect of Nigerian culture and its many identities.