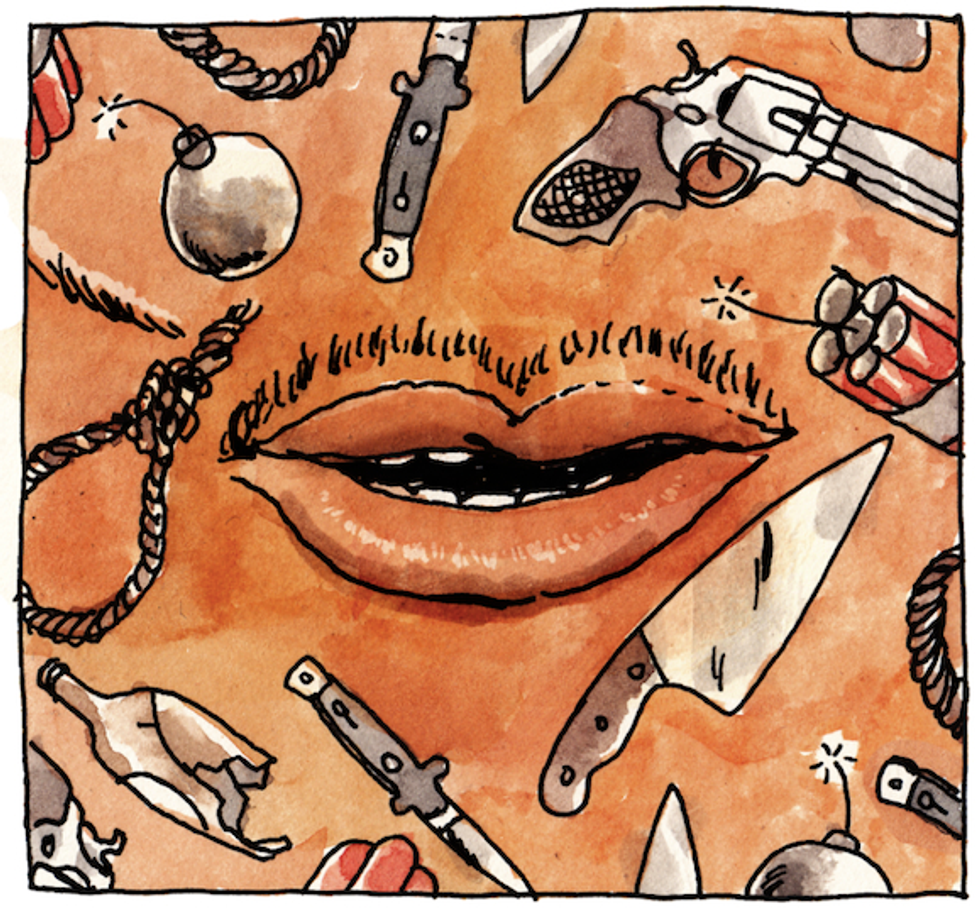 In the latest installment of his storytelling-n-illustrations column Field Trips with Spliffington, Herbert Spliffington tells the story (with an assist from his Field Trip World colleague, Victor Kerlow) of how he discovered the music of Cutty Ranks while crossing into the Gambia from Senegal in the ’90s. Isn’t that how we all first heard “Limb by Limb”? With Cutty having just returned from hiatus with new music last week, what better time to pay tribute to this most uniquely vicious dancehall bad bwoy?

Dancehall was everywhere in the ’90s, even in West Africa. If you had the right antennae you could catch the occasional rap and dancehall videos on MCM Afrique and on the US Military’s AFRTS channel (which played Snow’s “Informer” a lot.) Being interested in music, I started noticing a sample popping up all over the place: “Six million ways to die, choose one.” Jungle producers were also chopping up the same sample.

I was too young to have heard when Cutty Ranks first dropped his monster hit ‘Who Seh Mi Dun (Wake De Man)’ in 1992. The bootleg cassette tape vendors in Dakar’s Sandaga market didn’t have much dancehall (although plenty of hip-hop, soukous and Dire Straits), and only my friends from the UK even knew what jungle was. Luckily for me, on a trip to the south of Senegal, I passed through the Gambia. While waiting for the ferry to take me across the river, I saw the usual array of people selling cassette tapes but, unlike Dakar, they had lots of dancehall. Being a former colonial outpost of Enlgand in which English was widely spoken, the Gambia was much more up to date with dancehall and reggae. I purchased a sketchy copy of Ragga Ragga Ragga 6 and another tape (see below) with a voice I recognized from the hip-hop and jungle cassettes: Cutty Ranks. When I heard that voice on the original riddim, I had to hear more.

>>>READ THE FULL ARTICLE ON LARGEUP