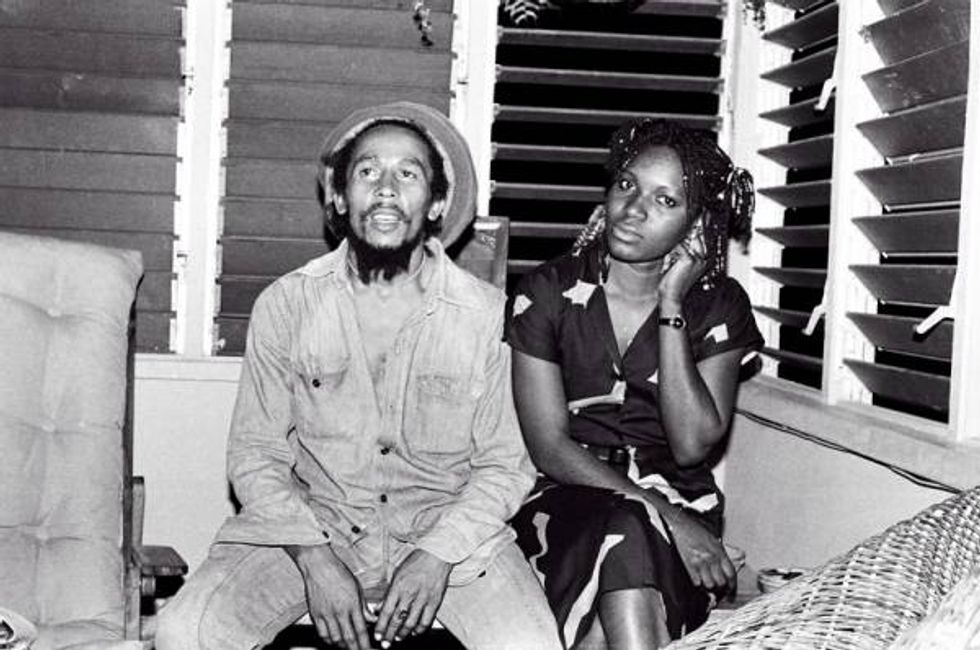 LargeUp scores an exclusive interview with Kevin MacDonald--most famous until now for the Forrest Whittaker vehicle Last King of Scotland but about to become more famous for Marley, his documentary on the one and only Bob Marley (which hits big and small screens today).

Both the film and Jesse Serwer's Q&A cut deep, touching on aspects of Bob's life which--amazingly, for one of the most famous figures of our era--have never come to light until now. Those include his final days and his struggle  with cancer (the subject of innumerable conspiracy theories) his torubled friendship with football star Alan "Skilly" Cole and his relationship with Pascaline Bongo (pictured with Bob, above) the 'Princess of Gabon' who invited him to play in Africa for the very first time. Pretty riveting stuff for any serious Marley fan. Read a short excerpt below and click the links below for the full interview, as well as video of Bob's historic performance at Zimbabwe's Independence celebrations, recorded thirty-two years ago--almost to the day (April 17th, 1980).

LU: How did you come on that story of the princess of Gabon ?

KM: I had been told by a few people that she had been very important in the last years of his life, in introducing him to Africa. The first time he played in Africa he was invited by her father but her, really. That seemed like a key point in his life. Obviously Africa means so much to him. I thought here’s a bizarre story, a strange individual in this incredibly luxurious environment and you feel like that’s a million miles from Trenchtown, so that appealed to me. They’d had a relationship that went beyond just a girlfriend relationship, I think she’d been also instrumental in a couple things in his life. She visited him in Germany before he died.