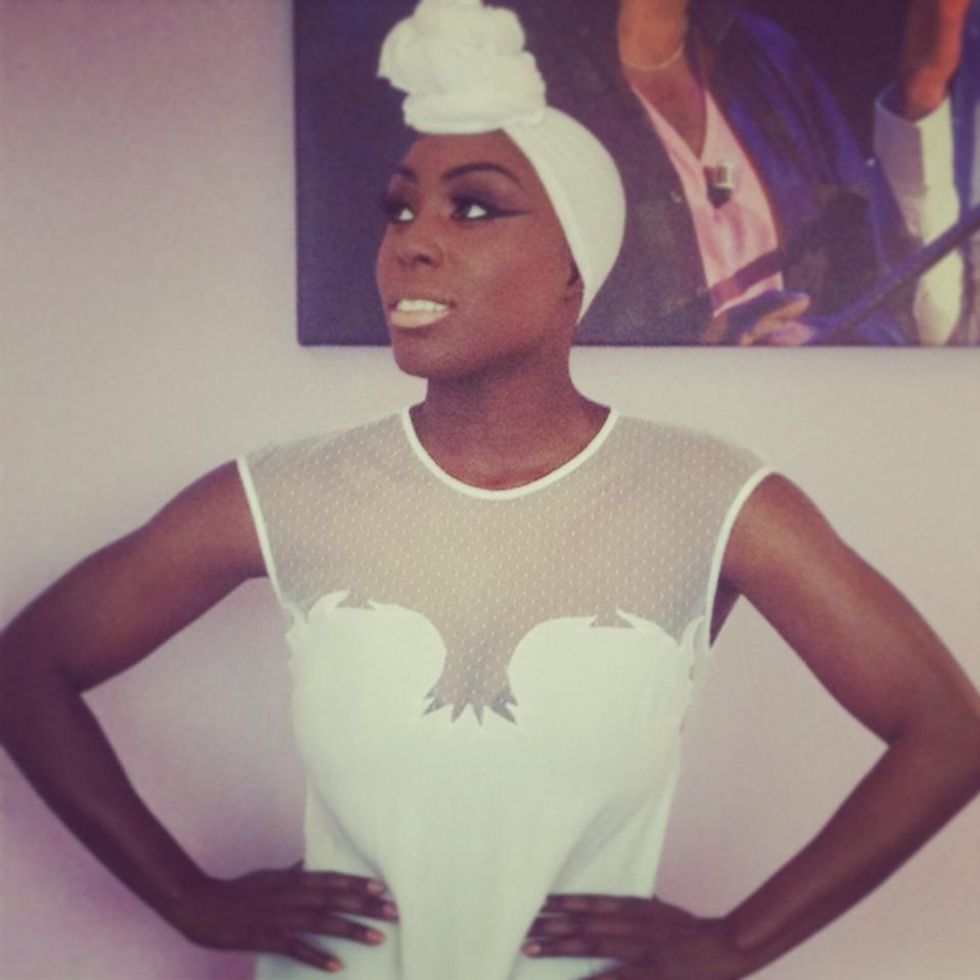 As predicted, Laura Mvula is doing big, wonderful things. She's Pride magazine's April covergirl, tickets for much of her European tour have sold out and her album 'Sing to the Moon' peaked at 9 on the UK charts. After some technical hitches, her slick, haute couture video for 'That's Alright' just dropped and it's a brilliant visualization of the song's defiant message. Over the spare warring drums she comes in with her rebuttal of social expectations and mainstream beauty ideals: "I will never be what you want and that's alright; coz my skin ain't light, and my body ain't tight, and that's alright."

With those words she places herself in the company of young black artists asserting that mainstream norms can't hold them and reflecting that stance in their unique sounds and visuals. From Azealia Banks spitting 'You know that I be on my black girl shit’ to Janelle Monaé broadening the idea of what it means to be a black woman in the music biz, Laura Mvula challenges our expectations and stereotypes to a fight demanding: ‘well who made you the centre of the universe?’

Watch below and don't stop watching. And if you're based in New York, come dance with us at Mvula's April 23rd show at Mercury Lounge.