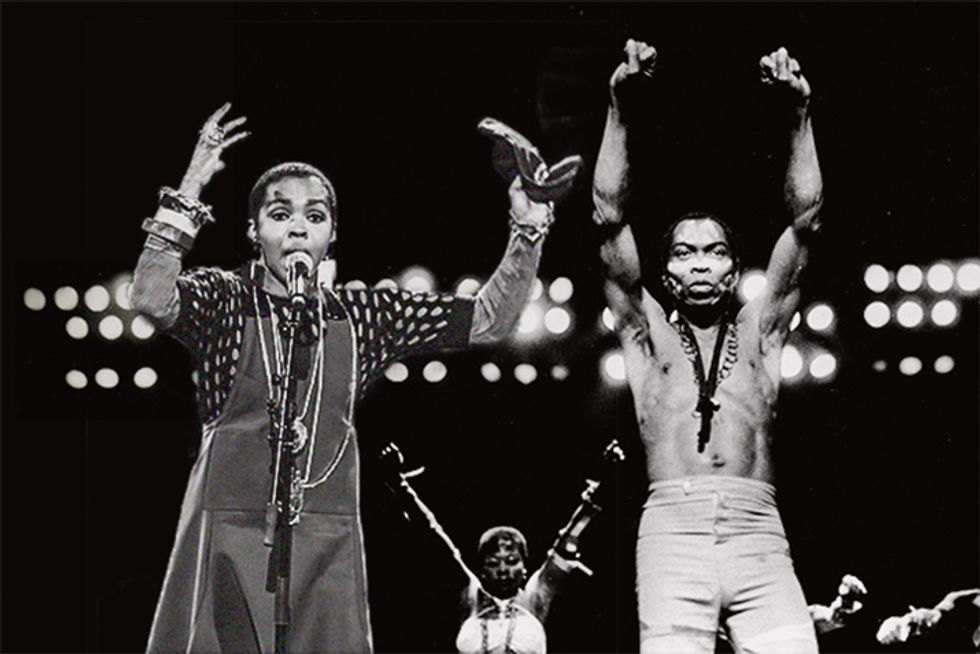 Ms. Lauryn Hill brought straight Fela vibes to her performance of "Lost Ones" at Black Girls Rock! 2016 on BET.

Ms. Hill had the entire crowd on their feet as she sang the Miseducation classic over a "Zombie" beat from her live band. She was joined by Fela dancers. The end result was nothing short of spectacular. Watch the full performance here.

Of course, this isn't the first time Ms. Hill has paid respects to Fela. On a trip to Lagos last year the singer stopped by the New Afrika Shrine, where she was accompanied by Seun Kuti, Kunle Kuti, her daughter Sarah Marley and Fela! cast member Shakira Marshall. Okayafrica TV was there to capture the moment.

Check out some reactions on Twitter to Ms. Hill's Fela-inspired Black Girls Rock! performance below.

This has a little Fela inspiration to it. I dig it, Lauryn. #BlackGirlsRock

This Lauryn Hill performance is giving me Fela vibes. #BlackGirlsRockpic.twitter.com/8RoCqHaJIX

Lauryn Hill performing "Lost One" over a Fela beat is legendary...revolutionary...I will never forget this #BlackGirlsRock

In my next life I wanna be a Fela Kuti-Egypt 80-esque dancer like the one on stage with Lauryn Hill. #BlackGirlsRock

S/o to Lauryn Hill for the Fela fusion & etighi dancing during her performance at #BlackGirlsRock2016. pic.twitter.com/0UJsplvWtV