Lauryn Hill Will Perform Her First Ever Concert In Nigeria 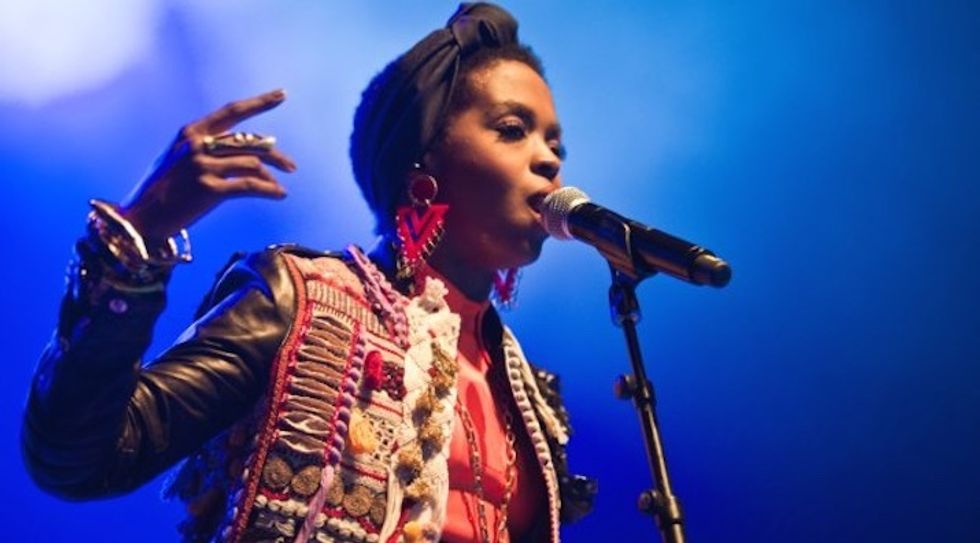 Lauryn Hill will play her first show in Nigeria on May 1, including Miseducation staples and live Fugees classics.

Lauryn Hill has announced that she'll be heading to Lagos on May 1 to perform her first ever Nigerian concert as part of May Day Live. The show, which will take place at the Eko Hotels & Suites, will feature Ms. Hill alongside a 20-man band and "other top local and international acts" that are as of yet unconfirmed, AllAfrica reports. This wont be the singer's first time performing in Africa, as she recently held her first ever show in Ghana and has previously played in South Africa for Cape Town Jazz Festival, Rwanda, Ethiopia, and Senegal. At her Accra concert last year, Ms. Hill ran through her Miseducation staples and live renditions of Fugees classics, tunes which you can expect to hear at her upcoming Lagos date. See the confirmation of the show from Lauryn Hill's official twitter account and watch fan footage from the singer's recent Ghanaian concert below.

Ms. Hill will be performing in Lagos, Nigeria on May 1 with @maydayliveng