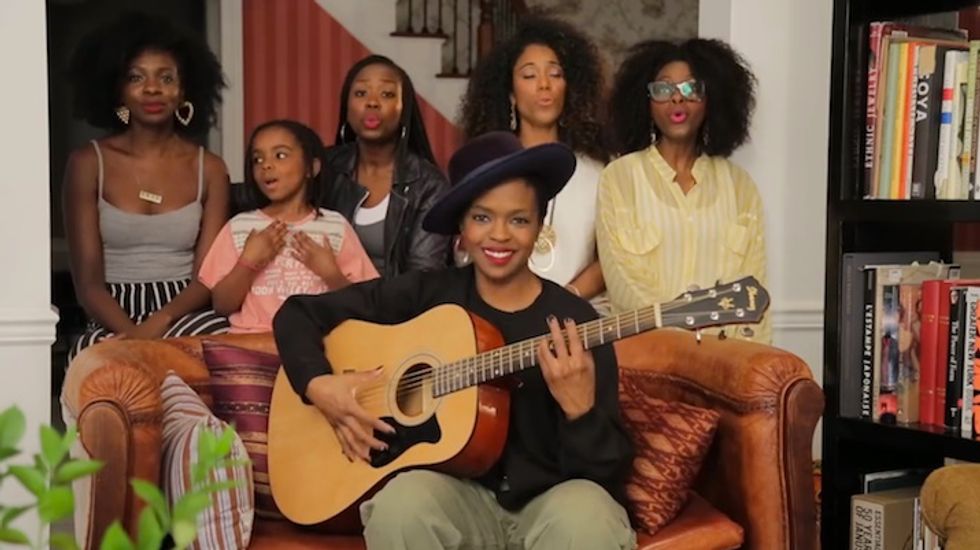 Ms. Lauryn Hill sings an acoustic apology to Nigeria for missing the May Day Live concert in Lagos.

In March we reported that Ms. Lauryn Hill announced her first ever show in Nigeria as part of the inaugural May Day Live in Lagos. The concert, which was scheduled to take place at the Eko Hotels & Suites on May 1, would have seen Ms. Hill performing alongside a 20-man band. However, in a message posted on Hill's facebook yesterday, the artist and her team issued an apology for missing the show. They wrote:

"We are disappointed to report that we will not be performing at tonight's concert. From our end, we did everything we were supposed to do, including waiting at the airport for many hours, ready to fly out and share the evening with you. Unfortunately, after much effort, the promoter was not able to get all of our travel arrangements taken care of. This prevented us from being able to fly into Nigeria in time to make the concert. We were all very excited to come, and very disappointed that we couldn't make this one. HOWEVER, we are working to reschedule our appearance ASAP. From what we've been told, the promoter intends to honor all tickets sold. Our best to and for Lagos. Love and Blessings!"

In addition to the written statement, Hill also shared an acoustic apology. "Hello Lagos. We're very sorry we couldn't be there with you tonight. We were at the airport for seven hours yesterday trying to get to you. But we're gonna make it there, we're gonna get there," she said before playing the Miseducation classic "Doo Wop (That Thing)." Watch the clip below.