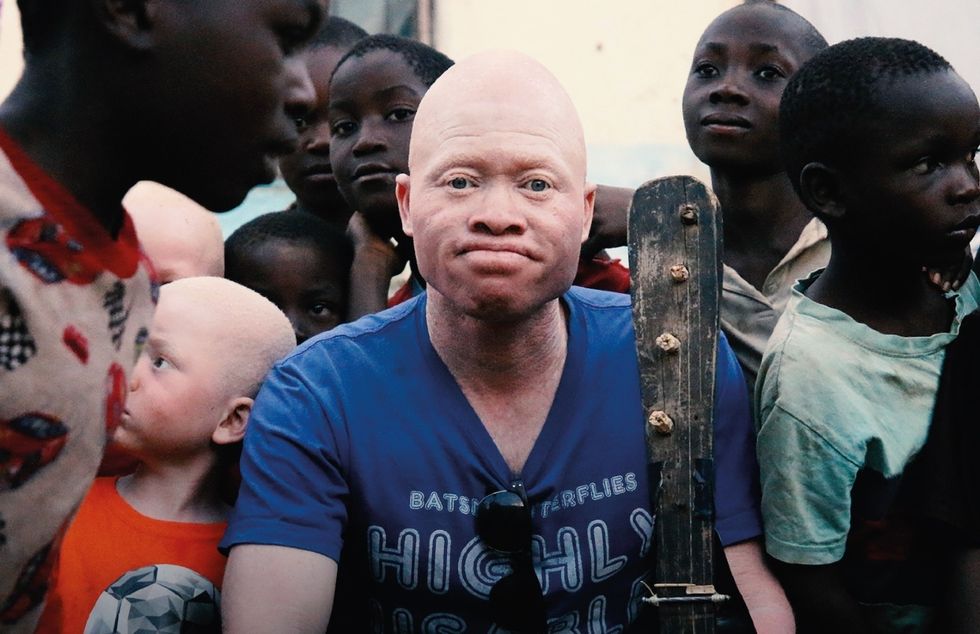 His new single is "Ndife Alendo" is out now and a documentary will premiere at Tribeca Film Festival.

Lazarus is a street performer based in Malawi whose story is both beautiful and dark. His music came into the eyes of producer Johan Hugo (The Very Best) when his friend sent him a clip of Lazarus performing in a shopping center in his home of Lilongwe with his homemade banjo.

As a person with albinism, Lazarus suffers a lot of senseless persecution in Malawi. "People with albinism in that part of Africa are hunted, killed or mutilated for their body parts," Johan explains via e-mail, "which some people think are magical, and are sold on black market for big money for witchcraft. It's a massive insane problem."

In order to shed light on the issue, the producer, who's worked with the likes of Baaba Maal and Mumford & Sons, decided to take on the project of recording an album with Lazarus. Johan traveled to Malawi alongside a documentary crew that included the Oscar-nominated, Emmy winning director David Darg and Bryn Mooser.

Together, they tracked down Lazarus, who they found still playing on the street to support his wife and two kids, who also have albinism. They recorded an album of Lazarus' songs with little extra production and the help of Johan's fellow member of The Very Best, Esau Mwamwaya, and a choir. Everything was recorded outdoors in the outskirts of Lilongwe. th

The album, Stomp On The Devil, will feature tracks that blend Lazarus' traditional Malawian style with modern folk. You can check out its lead single "Ndife Alendo" below. It comes paired with a remix by Moroka.

The Lazarus documentary is set to premiere at the Tribeca Film Festival in April.