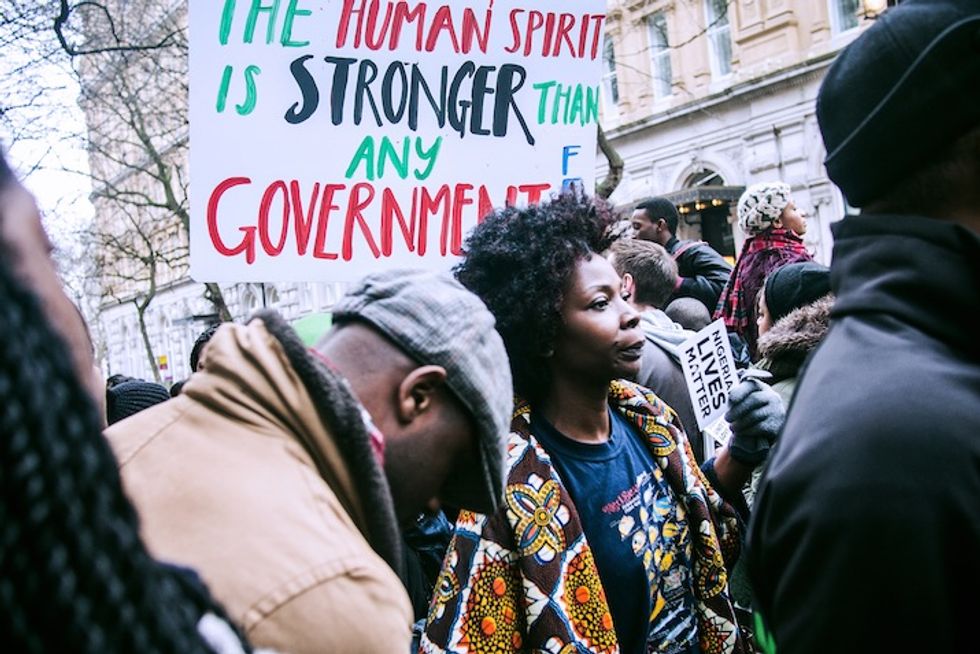 In an exclusive op-ed, Carl Lipscombe of the Black Alliance for Just Immigration, breaks down what the removal of DACA means for black immigrants.

On Tuesday, President Trump's administration rescinded DACA, a program put in place during Barack Obama's presidency, which protected undocumented immigrants who came to the United Staes before the age of 16 from deportation.

His decision affects 800,000 Dreamers across the country, most of whom have never known another home. The removal of DACA has major implications for communities of color.

Carl Lipscombe, the Deputy Director of the Black Alliance for Just Immigration (BAJI) spells out what this decision means for black immigrants in an op-ed called "Let's Be Clear: Donald Trump Doesn't Care About Black Immigrants."

Read his words below.

Black people across the board have faced an onslaught of attacks since President Trump took office, including expansion of policies that disproportionately criminalize Black communities, renewed vigor for harsh sentencing, proposed cuts to education, public housing, and Medicaid, targeting of Black Lives Matter protestors, and support for white supremacists and racist Civil War monuments. With yesterday’s announcement by Attorney General Jeff Sessions that the Trump Administration is canceling the Deferred Action for Childhood Arrivals (DACA) program, another segment of the Black community became the target of the president’s racist agenda – undocumented Black immigrant youth.

By cancelling DACA, a program that provided temporary relief for undocumented immigrants who arrived in the U.S. as minors, the President is pulling the rug out from under nearly 800,000 young immigrants—including approximately 7000 African immigrants—as well as their families and communities. While the program was imperfect (it did not provide permanent relief or status to its recipients) it did enable thousands of young African immigrants to come out of the shadow, pursue career opportunities and a college education, and contribute to their communities. Indeed, just last week DACA holders working as first responders in Houston helped save thousands of lives in the aftermath of Hurricane Harvey.

When we consider yesterday’s announcement alongside the travel ban, which affected immigrants and refugees from three African countries; increased immigration raids in Black communities; proposed restrictions on asylum, and threats to visa and refugee programs that predominantly benefit African immigrants, it is clear that the U.S. is quickly becoming unsafe for Black migrants.

To borrow a line from Kanye West: Donald Trump doesn’t care about Black people. Or immigrants, Muslims, the poor, transgender people or anyone that isn’t a white nationalist. Now more than ever Black immigrants, African Americans, and everyone targeted by the Trump Administration must come together to fight for freedom, dignity, and human rights.

Carl Lipscombe is the Deputy Director of the Black Alliance for Just Immigration (BAJI) a racial justice and human rights organization that advocates for Black immigrants and refugees. BAJI’s has offices in New York City, Los Angeles, Atlanta, Washington, DC, Miami, and the Bay Area, and members nationwide. For nearly 15 years, Carl has organized, advocated and litigated on behalf of poor Black and immigrant families, communities, and workers. Follow him on twitter @carlken.