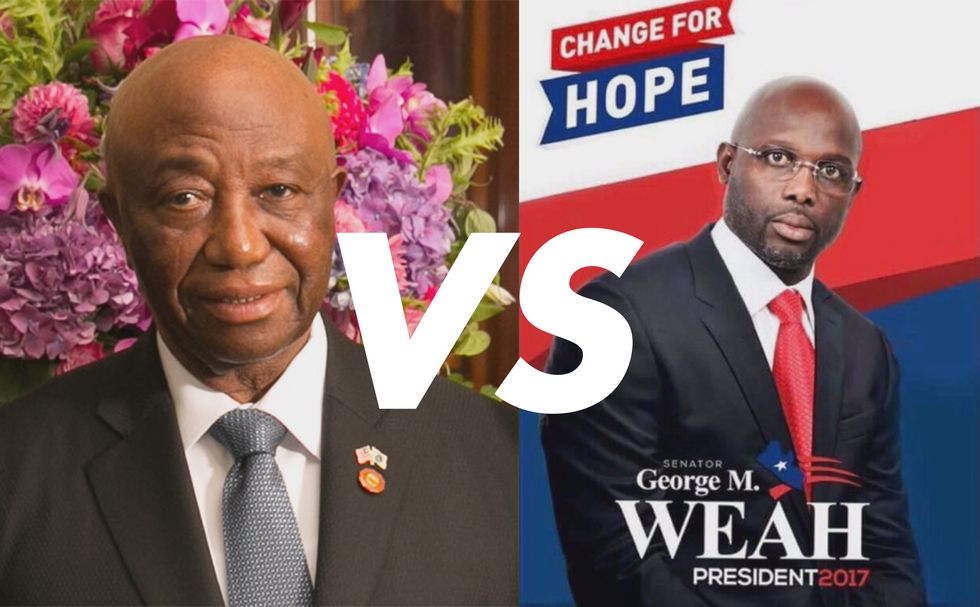 If you've been holding your breath over Liberia's electoral standoff, you can now breath again.

Liberia's Supreme Court announced Thursday that the runoff round between the top two vote-getters of October's poll will go ahead and that there will be no rerun of the first round. That means current Vice President Joseph Boakai and perennial challenger, former football star and current Senator George Weah will face each other in a national poll.

During the announcement, Justice Philip Banks announced that "In the absence of sufficient evidence, the court cannot order a re-run of the election."

Here's a livestream of the court's announcement:

In recent weeks, Liberians have been unnerved by the increased presence of armed police on the streets as the country's highest court deliberated a challenge by third place finisher Charles Brumskine alleging fraud in the first round.

Liberian election watchers started tweeting their analysis as soon as it was announced:

Violations and irregularities were not of such magnitude to warrant the cancellation of the election and order a rerun. The appellants did not adduce sufficient evidence to support the allegations that the irregularities were widespread. #Liberia
— Sarah K. Kasande (@skasande2) December 7, 2017

A run-off Elections is ordered to be conducted but with a cleansed voter roll and publication thereof at vote centers. https://t.co/CHJTtOd1xN
— Ivan Forleh (IF) (@IvanForleh_) December 7, 2017

It's already been established that there were electoral irregularities, but were they enough to warrant a rerun? That's a resounding NO. I'm just glad we have a court system in Liberia that works.
— Gee (@g2dmoq) December 7, 2017