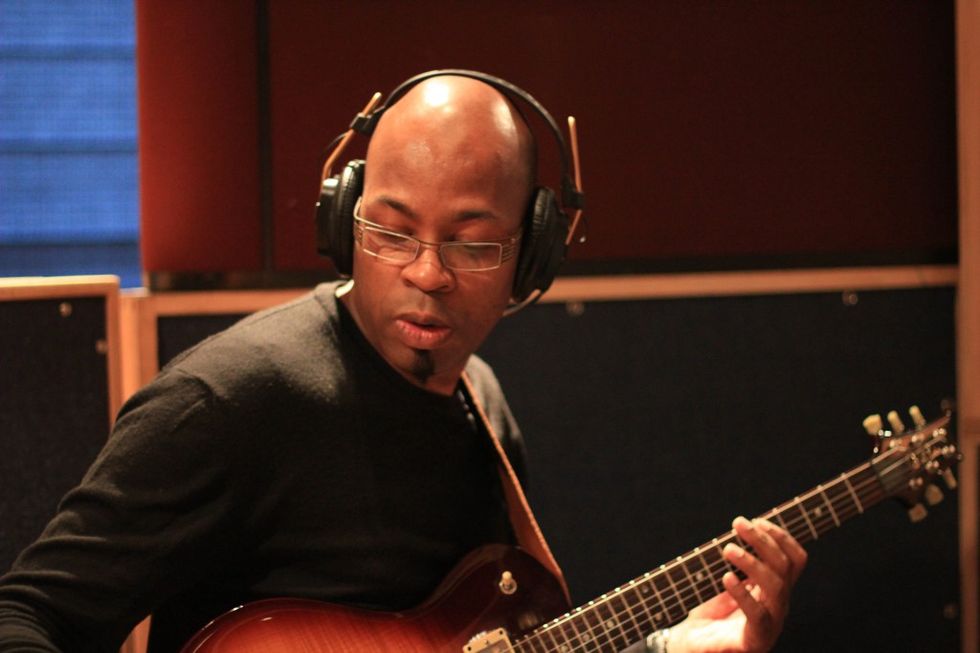 Lionel Loueke is a different type of musician. Not bound by the conventional techniques and thought processes, Loueke has pursued music his entire life through an entirely original set of eyes. Even upon moving from Benin to France and on to Boston where where he was exposed to the history behind the music he pursued, Loueke managed to keep his mind open to the endless possibilities the music allowed him and that has translated into an unmatched sense of originality, rhythmic innovation, and musical bliss. On August 28th, 2012 Lionel will release his most recent endeavor entitled “Heritage” which features co-proudcer and pianist Robert Glasper, bassist Derrick Hodge, and drummer Mark Guiliana. In collaboration with Blue Note Records, Revive Music was there to capture the intense moments that led to the creation of this incredible album. Check out sister site The Revivalist's interview with Lionel as well as some footage from the sessions.

Lets start off talking about the new record and how you brought this group together.

I had a meeting with Don Was about two different projects. The project that he liked and I liked was this one. It was clear that this time I wanted to do something more electric. I had a chance to play with Robert Glasper many times here in New York. The whole idea I think came from when I was a special guest with the Experiment, his group. Don Was was there. I played with Herbie and then I was a special guest with Glasper. We played some of my old compositions that they knew. It was great. So I was like, “That’s the band,” you know? Don Was was like, “What about recording with these guys?” I thought it was a great idea because I was thinking the same, you know? But having a different drummer, Mark Guiliana, made a big difference as well. It changed the way Robert sounded. Bringing in a new drummer brings something different. It’s a whole new approach to the music. For me it’s a real dream come true.

What went into creating the compositions for the album?

To start with, I wanted to have simple melodies that people can remember. If you think about it, the most beautiful songs are actually very simple. One of my favorite composers of all time is Wayne Shorter. Wayne taught me that melodies are simple, your harmony may be very complicated, but the harmony is musically like the basement. It makes melodies stick out better because the foundation is strong. So you can write simple melodies if you know how to write harmony behind it. On this particular CD, most of the songs I wrote from the melodies. Usually I may start from the bass line or harmony, but most of this one was on piano. I started from the melody.

>>>Read the full interview at Revivalist