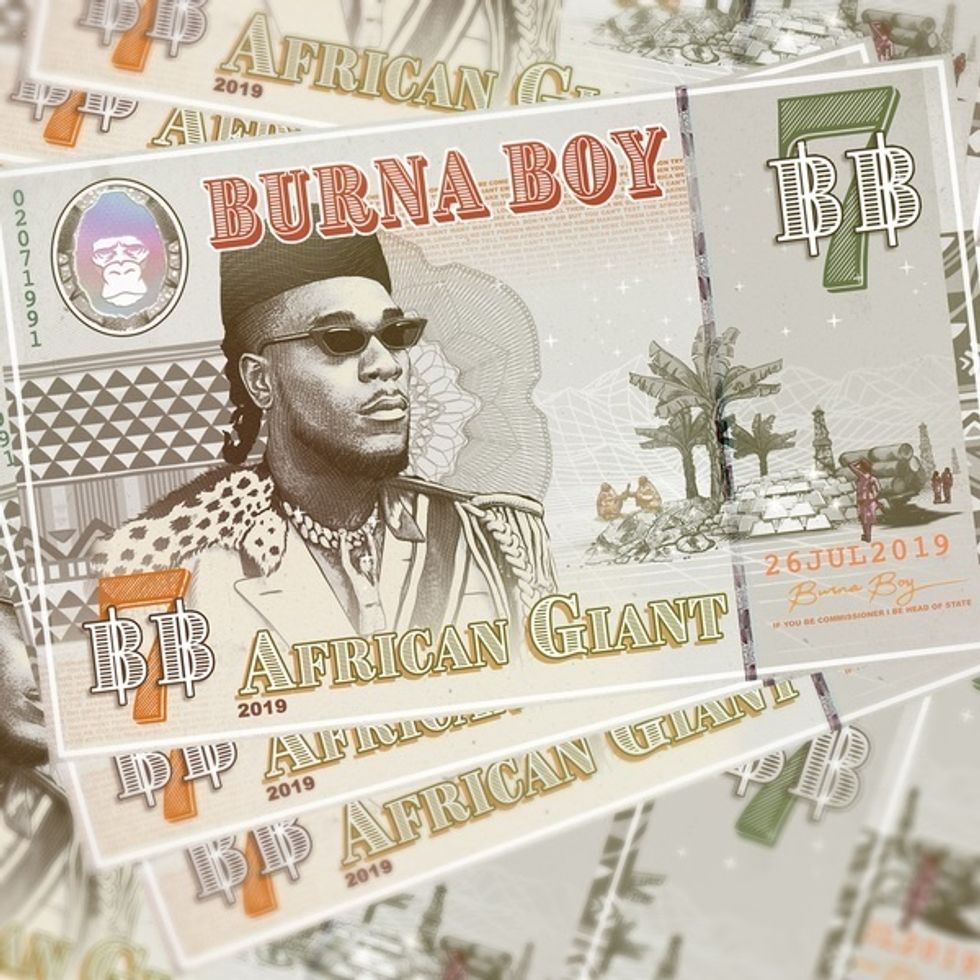 The wait is over. Following a slew of standout singles throughout the year, an international tour, repping for Nigeria at Coachella, and a host of memorable collaborations Burna Boy's studio album African Giant is finally here.

The 19-track album boasts features from Angelique Kidjo, Damian Marley, Future, M.anifest, Jorja Smith, Jeremih and more. It includes the previous released singles "Anybody," "On the Low," "Killin' Dem," "Gbona," "Dangote," and "Pull Up" which the artist dropped earlier this week.

African Giant sees the artist taking his signature 'afrofusion' to the next level, offering a bevy of infectious sounds rooted in afrobeat, highlife, dancehall, R&B, hip hop and more.

In the lead-up to the album, the artist has received increased International acclaim. He appeared on Beyoncé's The Lion King: The Giftcompilation album, as the only artist besides Bey herself with a solo track. He made his late night debut this past Tuesday, performing "Anybody" on Jimmy Kimmel Live!

With this increased visibility, the artist continues to establish himself as Nigeria's biggest musical ambassador. With African Giant, the artist proves, once again, that he is indeed deserving of the title.

Listen to the album below via Spotify and Apple Music.