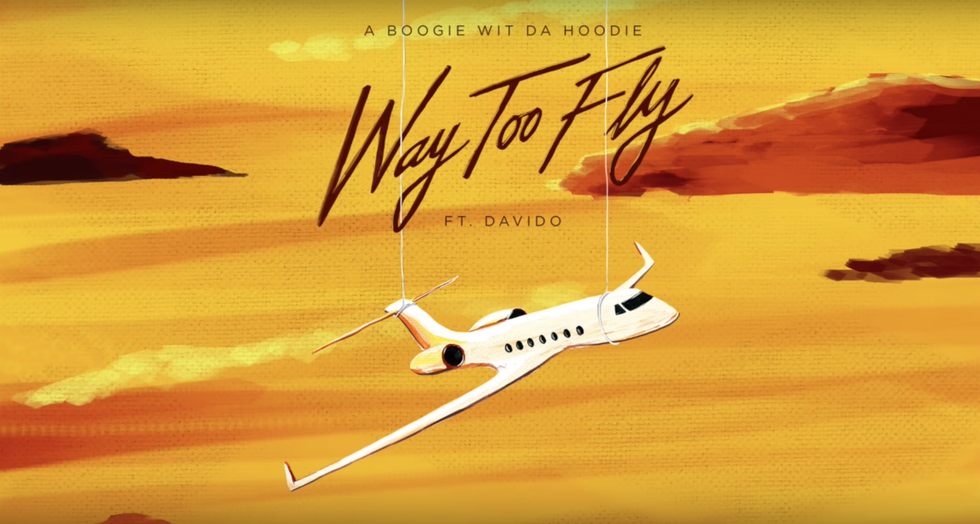 This A Boogie Wit Da Hoodie and Davido collaboration will bring the summer to your earbuds.

"Way Too Fly" is a wavy track worth giving a listen to a few times over.

A Boogie Wit Da Hoodie and Nigerian star, Davido, make a fresh duo on this title, which features upbeat, wine-able Caribbean vibes, and catchy bars delivered with a harmonious lilt.

Of course the artwork for the song would be a plane, after recent reports that Davido acquired a private jet. "Way Too Fly" is all about being just that, and wanting to celebrate about it. To be quite honest, it's probably going to make you want to drop everything and just go on vacation.

Davido has just been announced as a nominee for "Best International Act" at the 2018 BET Awards. By the looks of his latest collaborations and musical releases, he's making no bones about trying to win that award again. His first win was back in 2014.

A Boogie Wit Da Hoodie is also on his own mission to staying in the limelight. He is currently in production for his upcoming album, The International Artist, which releases this summer. If "Way Too Fly" is any indication, he may be infusing more Island sounds into his new album.

Listen to "Way Too Fly" below, now available on YouTube and iTunes.