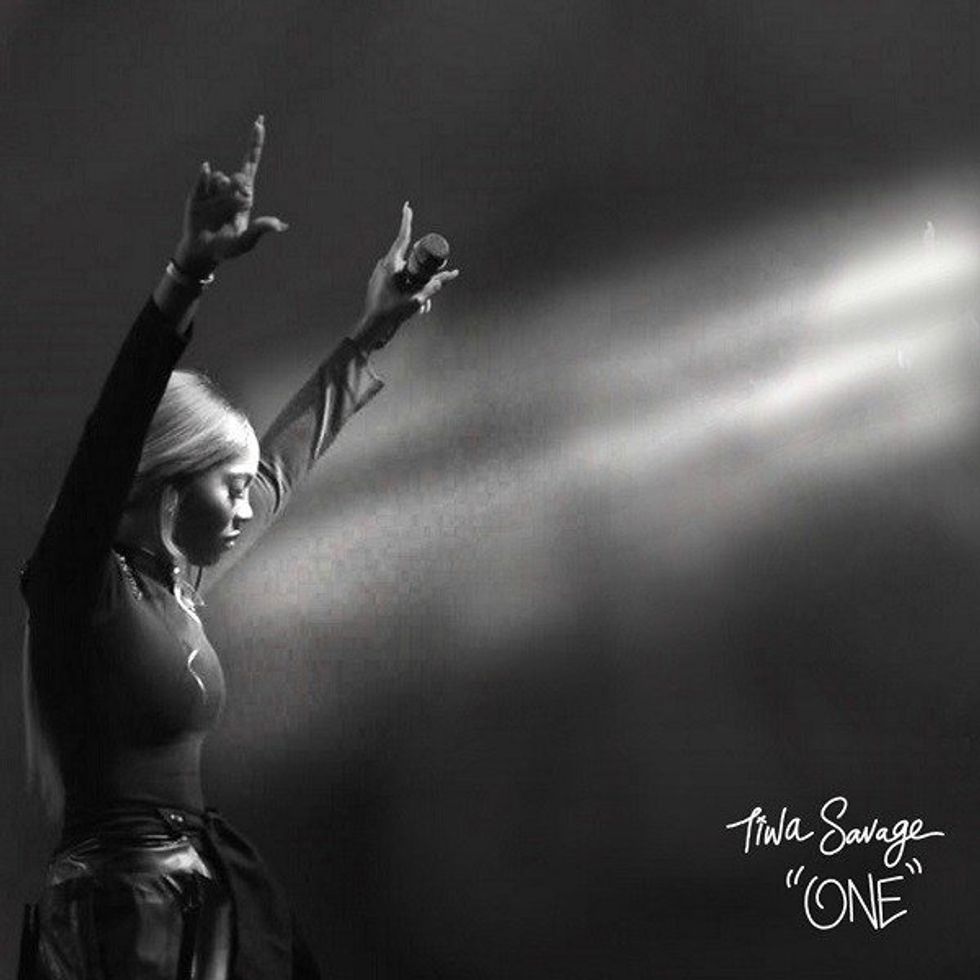 The singer rounds out a successful year with an endearing new ballad.

Tiwa Savage has had an eventful 2018, and to round it all out, the singer has dropped her latest single "One" for our listening pleasure.

The track, sung mostly in Yoruba, is a spiritual ballad that sees the singer expressing gratitude for her success and flexing her honeyed vocals atop light, slowed-down production.

Tiwa does have a lot to be thankful for after all, considering she recently became the first woman to win Best African Artist at the MTV Europe Awards and has dropped a number of memorable hits this year, including "Luva Luva" featuring Duncan Mighty and most recently "Shake It" with D'Banj. Also appearing in the much talked about video for Wizkid's "Fever."

She's had a big 2018, and it's great to hear the singer take a moment to bask in all her success. "One," produced by Killertunes is an anthemic jam, and definitely the type of track you'll want to sing along to.

Take a listen below.