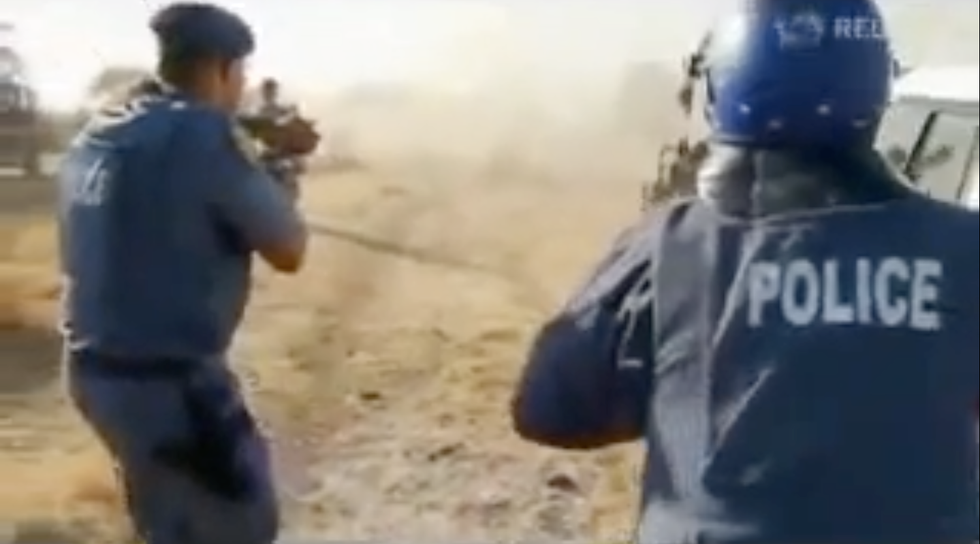 On Thursday night, in one of the worst tragedies to hit post-apartheid South Africa, police shot and killed 34 striking mineworkers and injured 78. Three-thousand rock drill operators staging a wildcat pay strike, armed with machetes and sticks, clashed with police at a platinum mine - Lonmin’s Marikana plant, the third-largest in the world - outside Rustenburg, 100 km northwest of Johannesburg. According to reports, it is unclear who fired the first shot. National Police Commissioner Riah Phiyega said earlier today “this is no time blaming; this is no time for finger-pointing. It is time for us to mourn.” You can follow the story here and here.