Meet Your New Congolese Crush, Lous and the Yakuza 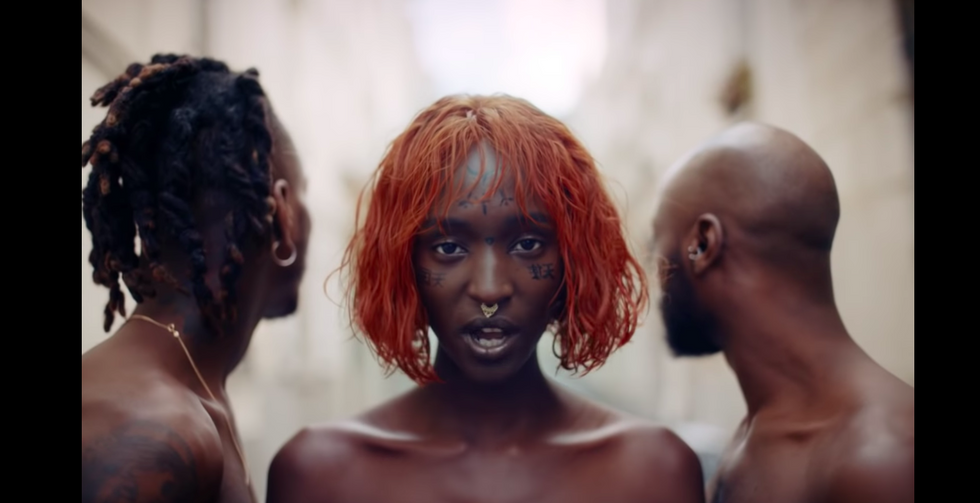 Artist Lous and the Yakuzadebuts an edgy and effortlessly cool video for "Dilemme," the first single from her upcoming debut album, Gore.

Both the track, produced by El Guincho, and video are perfect for the late September vibe–chilled out but pulsing with quiet energy. "Dilemme" is smooth trap with melodic and sombre lyrics that make you both bop and think.

The video, directed by Wendy Morgan, is somewhat biographical of 23-year-old Lous' life. In the video, Lous is literally wearing multiple identities, each complete with their own environment. These personas tell the story of her life—from growing up in Congo to proving herself as an artist in Brussels, where she now resides. It's a collision of high art and street culture. It's been a difficult if not lonely battle, and the song tells that tale. Lous is in fact speaking about wanting to be alone, the contradictions in being recognized for art and the fatigue she feels at constantly trying to find her place.

Morgan had this to say about her intentions with directing the video: "I wanted to show her resilience and find joy and kinship on top of those sad lyrics. The dancers in London and Paris recreate the spirit of Lous' real life Yakuza, the brotherhood who have supported her pursuit of art," a press statement reads.

One instance of that kinship and resilience in the face of adversity is an homage Lous pays to Alaa Salah, the iconic image of a young woman standing on a car during a Sudanese protest earlier this year.

Watch the video below and check for the debut album, Gore, to be released soon.