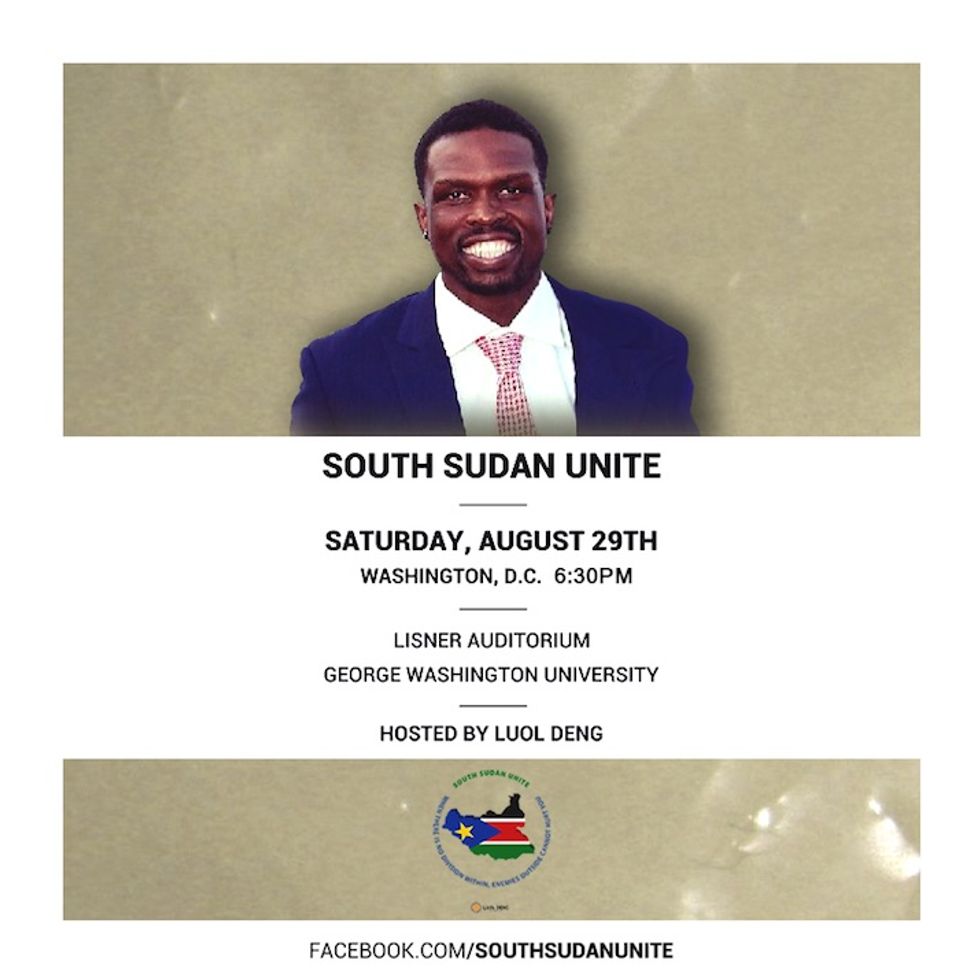 Sudanese-British NBA star Luol Deng's foundation will be holding the first South Sudan Unite event in Washington, DC on August 29. The Miami Heat small forward, who recently lead Team Africa at the NBA's first game on the Continent, hopes to rally his fellow South Sudanese in the Diaspora to unite through arts and culture.

"This is very important to me, because the time is now to focus on our oneness and identity as a people, rather than our differences," Deng states. “As a people, if we can have the courage to represent the change we want to see, it means we also have the power to steer our nation back on the right track. We cannot allow what started as political conflict between a few people to take more lives and lead to more senseless suffering, robbing us of the country we dreamt of when we voted for and gained independence on July 9th, 2011."

On Sunday, South Sudan Unite, Luol Deng and Okayafrica will host an Afrobeats Day Party featuring music by DJ Biggie Deng and DJ Stiletto at Mission in Dupont Circle. Make sure to RSVP for the party here and see more info in the flyer below.