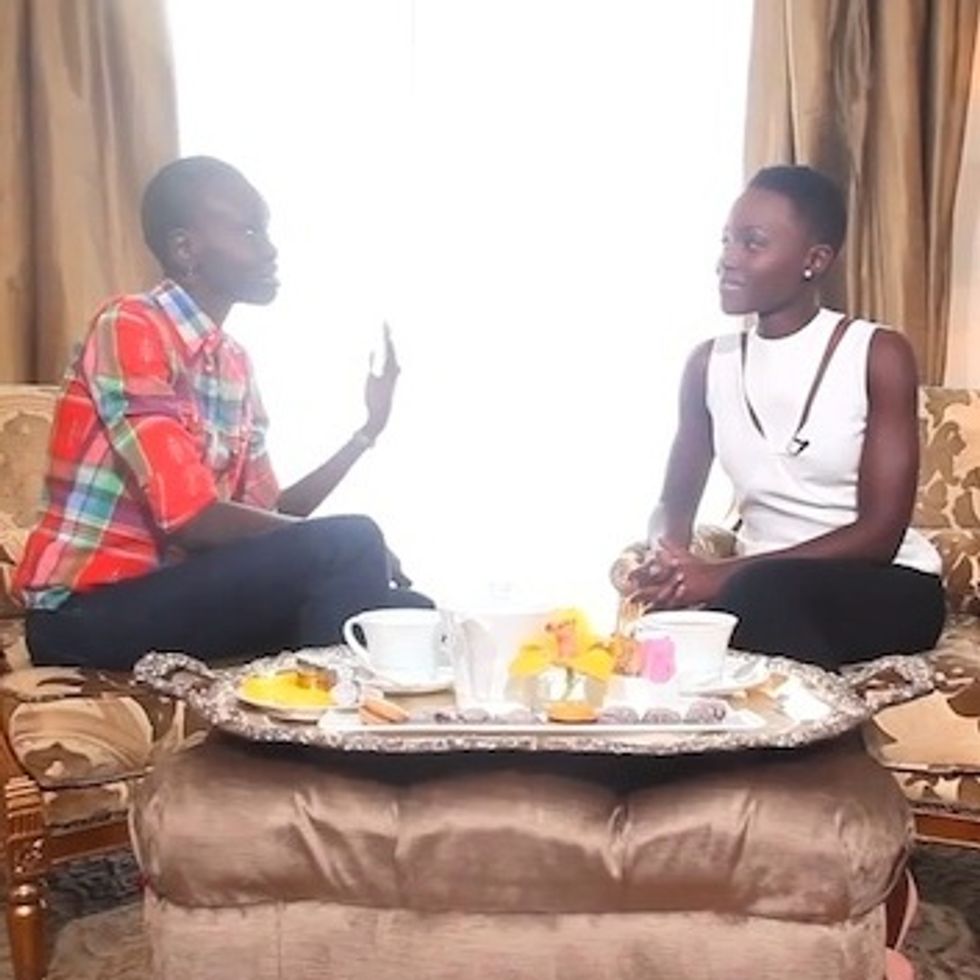 Her name is on everyone's lips. The new 'It-Girl' is African and took the world by storm with her performance in Steve McQueen's 12 Years A Slave, which won her the Oscar for Best Supporting Actress, among other numerous awards and nominations. Since then,  Lupita Nyong's graced magazines covers, beauty campaigns (Lancôme) and fashion brands (Miu Miu). "I 'm particularly proud to represent its unique vision for women," she stated on becoming the first black ambassador for Lancôme, "and the idea that beauty should not be dictated but should instead be an expression of a woman's freedom to be herself."

Two days ago, Lupita was named People Magazine's Most Beautiful Woman. Interviewed by Today, her reaction about the cover was thankful but grounded, "I'm flattered, but flattered sounds like such a flighty word, you know?. I'm flattered with, like, gravitas under it. What an incredible journey to go from that feeling to being on the cover of this magazine. I mean, you could have never told me that that would happen when I was 16 and insecure about my complexion."

You might recall Lupita's speech at Essence Magazine's Black Women in Hollywood in which she mentions the great influence of South Sudanese/British model Alek Wek on her own self-image: "I remember a time when I too felt un-beautiful. I put on the TV and only saw pale skin. I got teased and taunted about my night-shaded skin. And my one prayer to God, the miracle worker, was that I would wake up lighter-skinned... And then, Alek Wek came to the international scene (laughs). A celebrated model, she was dark at night, she was on all the runways and then in every magazines. Everyone was talking about how beautiful she was: even Oprah called her beautiful! and that made it a fact." Well, this week Lupita met her beauty icon. The actress stated that having tea with her role model was simply "a dream come true." We'd like to say that Lupita is also a dream come true. Scroll through our gallery above to view photographs from the People Magazine editorial. If you want to talk about it, tweet @okayafrica with #lupitanyongo.