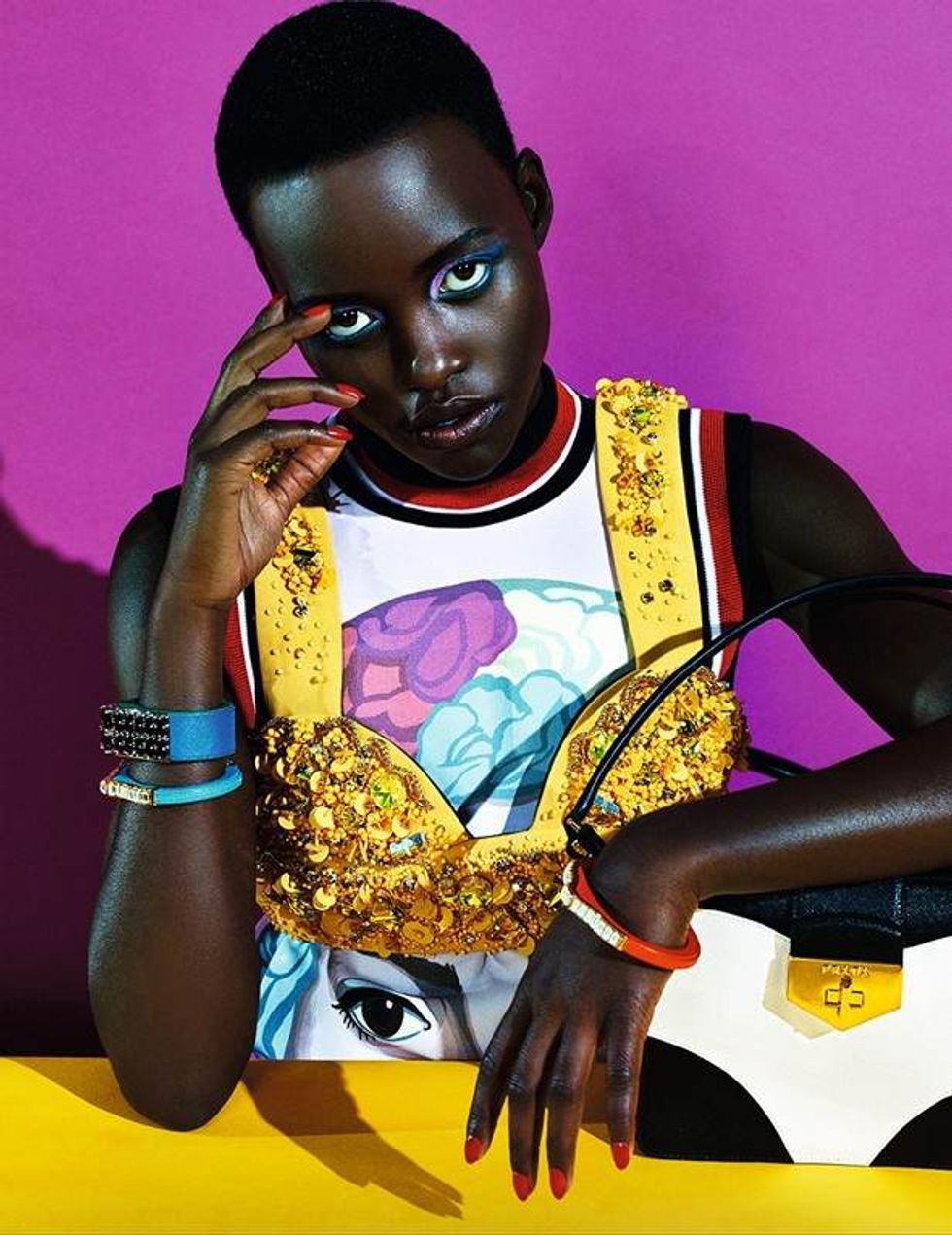 Scroll through Lupita Nyong'o's striking editorial for the February issue of Dazed & Confused.

After an impressive performance in 12 Years A Slave, Kenyan actress Lupita Nyong'o's name is on everyone's lips. The fashion world's 'It Girl' of the moment and current face of Miu Miu, Nyong'o covers and is featured in the February issue of Dazed & Confused magazine. The "Girls Rule the World" editorial, shot by Sharif Hamza and styled by Robbie Spencer, features striking and perfectly-fitted pieces from Dolce Gabbana and Prada. Inside the issue, Nyong'o sheds light on the making-of Steve McQueen's uncompromising film and how she aims to shatter female stereotypes in Hollywood. Scroll through our gallery above to see a few pictures of the editorial and if you want to talk about it, tweet @okayafrica with #lupitanyongo.