Lupita Nyong'o And The "T" Word 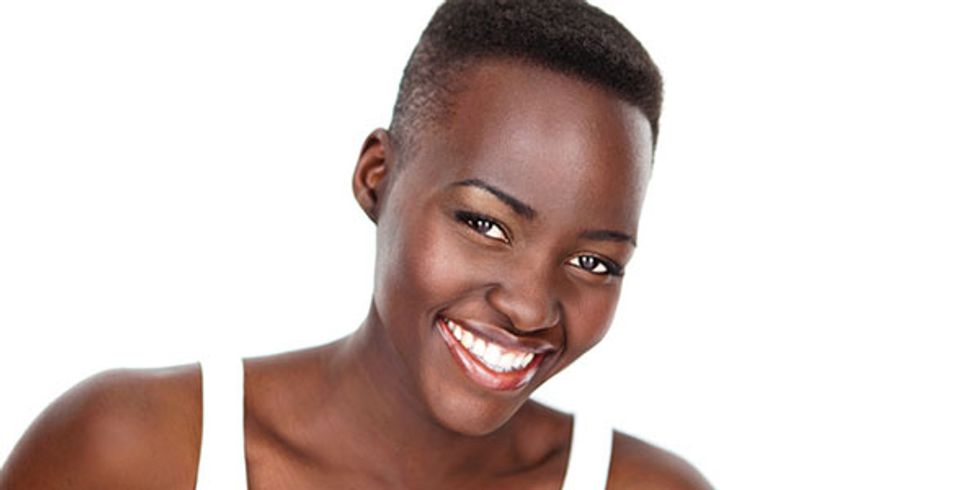 Lupita Nyong'o's recent success at the Oscars has left us ruminating over Hollywood tokenism.

The blogosphere is currently ablaze with all things Lupita Nyong'o. The recent Oscar winning actress (congrats!) has become Hollywood's poster girl in just a matter of months, but her stratospheric rise to 'flawless' star status is now being marred by buzzwords like 'Hollywood tokenism' and 'fetishization'. Comic memes like this one (admittedly posted on our social media to divisive responses) tap into Hollywood's dichotomous relationship with black beauty and success. If a person who happens to be black is celebrated, and their blackness is mentioned, they automatically become associated with tokenism — lest we forget Halle Berry's Oscar for Best Actress for her role in Monster's Ball).

Admittedly, it's impossible to engage with Lupita Nyong'o's ubiquitous popularity without acknowledging that her success may also benefit Hollywood's public image; see Lee and Low's infographic highlighting the Academy Awards' poor diversity stats below. Who better than a Yale educated, bilingual, beautiful actress like Lupita to front Hollywood's progressive 'we're post-racial' marketing campaign. Yes, the fact that Lupita now seems to be everyone's new best friend may certainly carry undertones of white self congratulation, it may even give people the false idea that Hollywood is a utopic land of equal opportunity for all  — read this interesting Aljazeera article about how this is not the case. But what's most important, and fundamentally triumphant about Lupita's success, be it underlined by the white establishment's self interest or not, is the mere fact that she exists, and that she - and her beauty - are being celebrated.

No one said it better than Lupita herself in her 'black women in Holywood' acceptance speech, where she highlighted the desperate need for role models who look like her. Her eloquence, intelligence and grace do a service to women in acting in general, and black women specifically, and we need more people like her on our screens.  Though Hollywood and the film industry still has a long, long way to go in representing diversity, the 'Lupita Nyong'o effect' suggests that we're on our way, and until we reach that point, words like tokenism will always resurface, but hey haters gonna hate. Now that this rant is over, check out Lupita being humble and stunning all at once and watch out for the moment where Ellen Degeneres lets slip that she, like us, loves her.