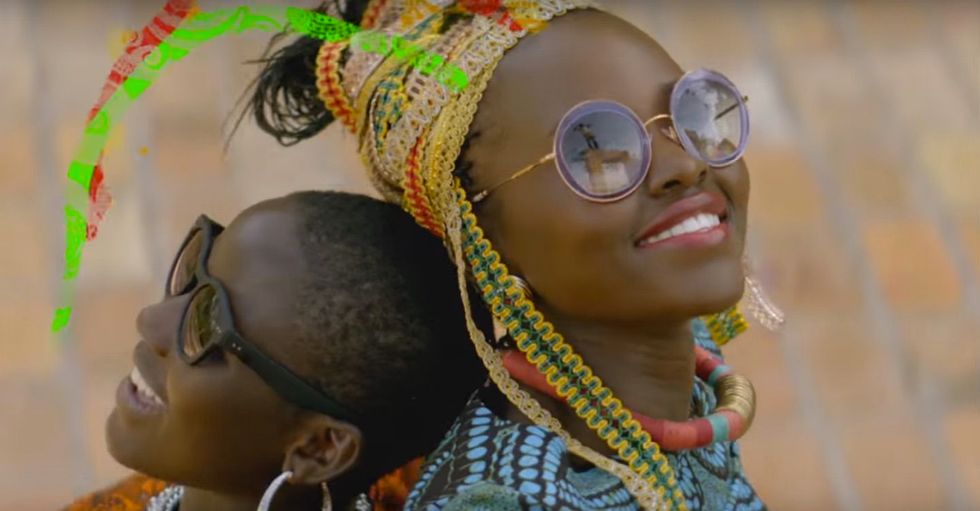 Disney's 'Queen of Katwe' is sharing a new music video for the opening song from it’s soundtrack—“#1 Spice” by Young Cardamom & HAB.

Disney’s Queen of Katwe film, which follows the story of Ugandan chess prodigy Phiona Mutesi, is out in the U.S. today.

To mark the release, the film is sharing a new music video for the opening song from its soundtrack, “#1 Spice.”

The new song was written by Ugandan hip-hop duo Young Cardamom & HAB, a group that blends the sounds of their city, Kampala, with influences from South Sudan, India, Atlanta, and Lahore.

The “#1 Spice” video follows Young Cardamom & HAB, Lupita Nyong’o and the child actors from Queen of Katwe, as they sing and dance to this “salt love letter” in a Ugandan market. David Oyelowo shows up near the end as well.

Queen of Katwe stars newcomer Madina Nalwanga. The film is directed Mira Nair, who also directed this music video and happens to be Young Cardamom’s parent.

We’ve previously talked to Young Cardamom & HAB in an interview about how they use their project to shed light on Uganda’s social issues.

The Queen of Katwe soundtrack also includes “Back to Life,” an new original track by Alicia Keys, as well as songs from Davido (“Skelewu”) and MC Galaxy.

For more, check out our interview with the Ugandan Disney executive who brought the film to life.