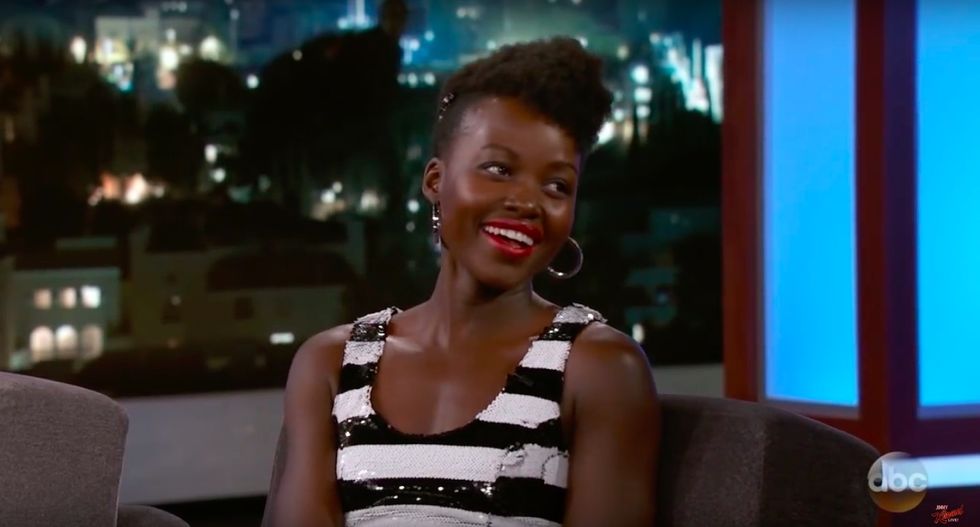 It makes no sense to us either, Lupita.

Lupita Nyong'o made an appearance on Jimmy Kimmel last night during her 'Black Panther' promo run and she appeared radiant as ever in a black and white patent leather ensemble.

When asked whether she was more excited about the Super Bowl this weekend or for Groundhog Day, the actress responded with neither, but admitted that she didn't realize that Groundhog Day was a real thing, and not just the name of that movie with Bill Murray in it.

Kimmel went on to explain the odd tradition to Nyong'o who seemed perplexed about the fact that the "holiday" actually exists. "So, someone somewhere in America has this thing...that they actually do? And people care?"

Our thoughts exactly, Lupita—I think we can all agree that Groundhog Day makes little to no sense.

She goes on to share one of her own superstitions: not walking over people's feet because it means they won't be able to have children.

Check out the video below, and in case you were wondering, the damn groundhog saw it's damn shadow today, so apparently we'll be dealing with winter for six more weeks in America, where apparently, rodents can accurately predict the weather.