M.I.A. and Missteps Towards International Solidarity 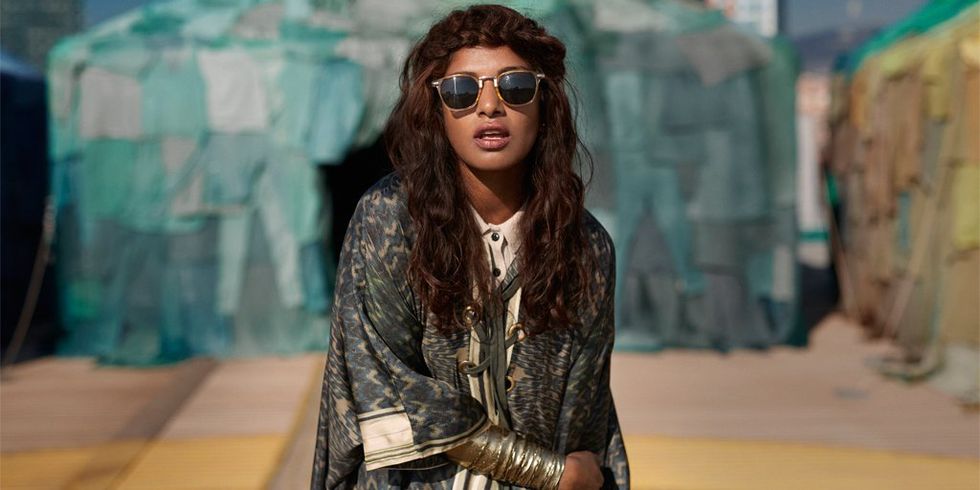 M.I.A.'s recent remarks that almost cost her Afropunk London should spark a larger dialogue like the extensive history of colonial violence.

This article originally appeared in Crystal Kayiza's blog on Medium under the same title, ‘M.I.A. and Missteps Towards International Solidarity.'

While the international community observed World Refugee Day earlier this week, M.I.A. returned to Twitter to address her comments on the Black Lives Matter movement.

It’s interesting that in America the problem you’re allowed to talk about is Black Lives Matter. It’s not a new thing to me — it’s what Lauryn Hill was saying in the 1990s, or Public Enemy in the 1980s. Is Beyoncé or Kendrick Lamar going to say Muslim Lives Matter? Or Syrian Lives Matter? Or this kid in Pakistan matters? That’s a more interesting question.

Black Lives Matter created one of the most visible civil rights movements of my generation and since its inception there has been a warranted resistance towards appropriation of any kind.

When I first read M.I.A.’s comments I was not surprised by her sentiments. I’ve been a longtime fan of the intentional political messages in her music. M.I.A. is among a community of musicians that brought internationally relevant and subversive music to mainstream American Millennials. This is why the backlash to her comments gave me pause.

Since her initial statement she’s received overwhelming critique from all sides of social media and even announced on Monday that she would not be performing at the inaugural Afropunk Festival in London.

Sorry I'm not doin Afropunk. I've been told to stay in my lane. Ha there is no lane for 65mil refugees who's lanes are blown up! #nolanes

Her comments leave a large space for education on the way that American systems of power uniquely oppressed Black folks in the United States. They also open up a dialogue about international solidarity.

The legacy of chattel slavery and Jim Crow is still felt today. Beyond this history is a larger landscape that includes America’s legacy of imperialism and genocide at home and abroad. M.I.A.’s comments created tension because they highlight an important narrative—Black folks have largely carried the burden of contending against oppressive systems of power and consequently our movements, voices and bodies are constantly co-opted.

The reaction against her politics holds true within the context of the United States of America. But the Diaspora is wide and the communities of oppressed people impacted by Western colonization and genocide is even wider. I believe M.I.A. points to a need to have a more centered dialogue about the extensive history of colonial violence.

What I don’t believe M.I.A. is suggesting is for Black folks to invest in the oppression Olympics — dividing who’s history and pain deserves a platform. But I do think she was making a valid critique and challenging some of the most visible members of our community to complicate their action.

There are lanes but there are also important intersections. There are people in power with a vested interest in not complicating issues of race with imperialism and nationalism. Although her belief in third world liberation is not new, it serves as a catalyst to a larger conversation.

M.I.A. will still perform at AFROPUNK London, and there is a huge amount of UK/global talent still to be announced. We hope that this event also brings to light the experiences of black Brits, immigrants and refugees in the UK, who are continuously erased.

Read the full statement below:

Crystal Kayiza is a documentary filmmaker and writer based in Brooklyn with a focus on narratives within the African Diaspora. You can follow her on Twitter and Instagram.