Mafikizolo 'Happiness' + Behind The Scenes Photos 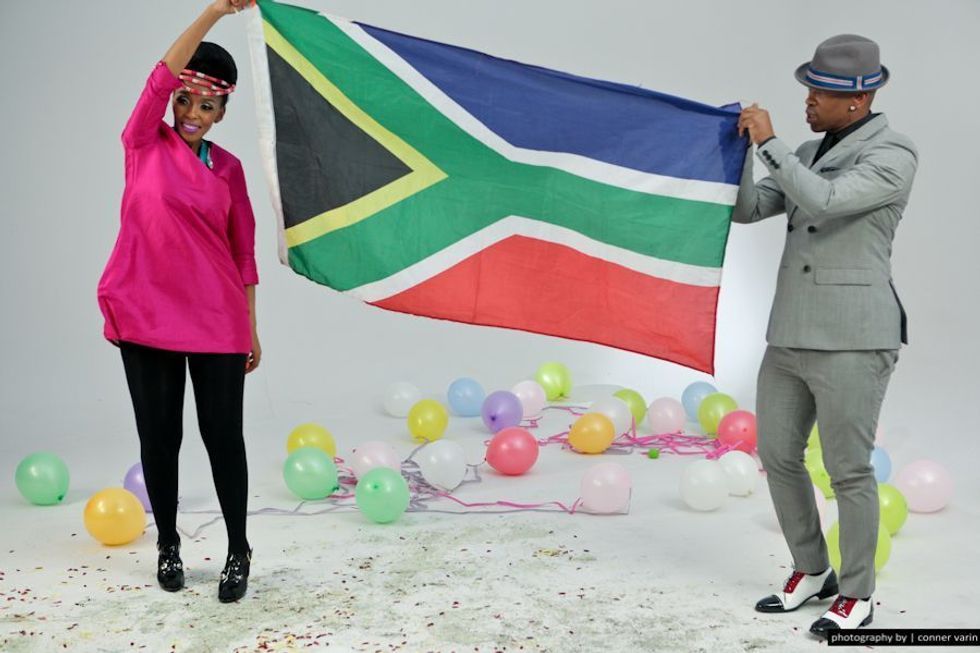 Watch the video for Mafikizolo's "Happiness" plus take a look at some behind the scenes photos from the music video shoot.

SA's Mafikizolo are having a HUGE year. In the follow-up to the MTV EMA-nominated "Khona" video, the duo are joined by Nigerian crooner May D for yet another front-runner for South African house anthem of the year. The retro-leaning visual treatment is, not surprisingly, just as much a good time as its kwaito-heavy soundtrack, alternating between celebratory vibes and borderline creepy scenes (the hands?). Watch the video below and take a look at ten of our favorite behind-the-scenes action shots.

All photos by Conner Varin. Video produced by Callback Dreams.