Start Your Week Off Right With This Soulful Kenyan Collaboration 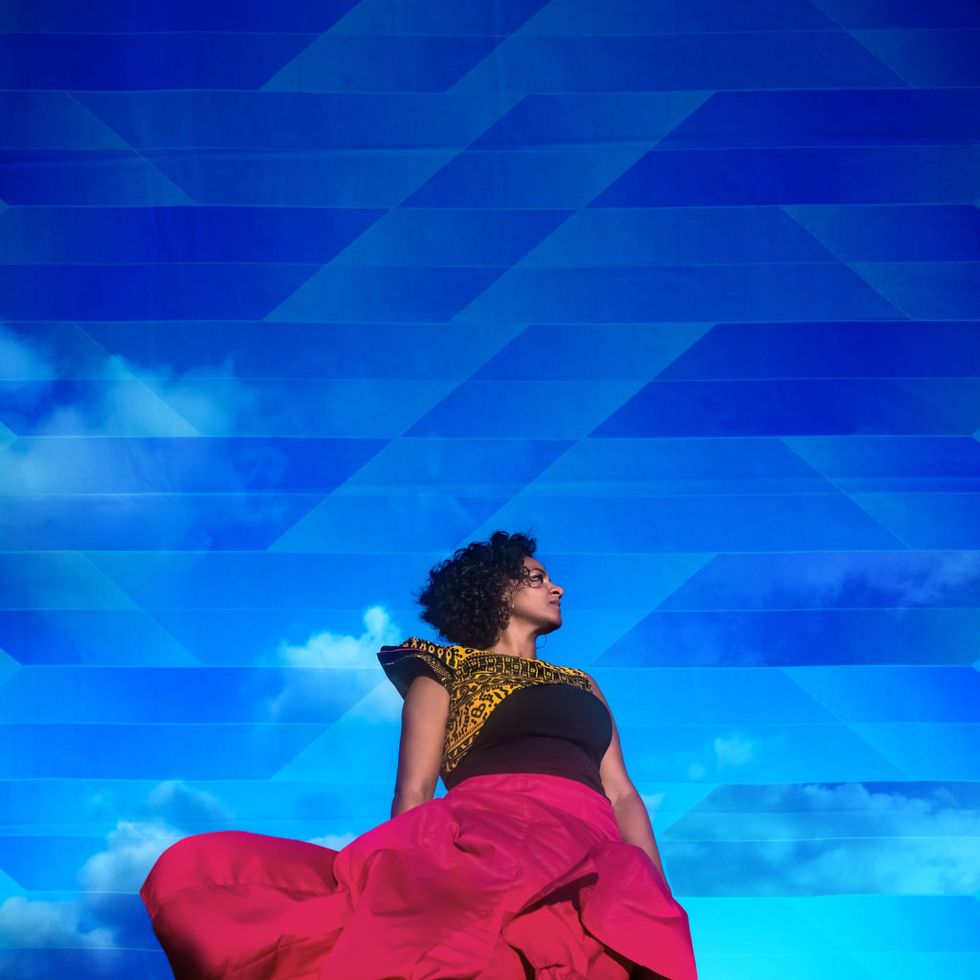 Maia & the Big Sky connect with Blinky Bill for "Pawa."

Maia & the Big Sky's music routinely blends soul and funk influences with the coastal rhythms of Kenya and features singing in both English and Kiswahili.

Maia's recently tapped into the vinyl revival wave as her 11-song Maia & the Big Sky LP is reportedly the first Kenyan album released on vinyl since the 1970s.

The Nairobi-based artist is now sharing the new music video for "Pawa," the album's leading track, which we're premiering here today. Directed by Chris King, the beautiful new clip sees Maia & the Big Sky taking over the TV airwaves and minds of all of those watching, freeing them from the "power" that controls them.

"The song PAWA is a call-out to all of us to take control of our imaginations," Maia explains, "to be masters of our own greatness, in the face of the systems that control us and alienate us from each other."

"It's so exciting to be a part of a new generation of Nairobi artists who are re-defining what it means to be us," Maia mentions. "Blinky and I used to live in the same compound on a street full of artists, and at all hours of the day or night we listened to each others music, gave feedback and sometimes the magic of recording on each others tracks would happen organically. I am also blessed to work with so many amazing musicians on the "Big Sky" project who filled each track of the album with their talent and love."

"Maia is a frequent collaborator of mine and she featured on my EP We Cut Keys While You Wait and when she asked if I could jump on and record on her album I was excited to! The song to me was about challenging what really has your attention in this instant everything world we currently live in," Blinky Bill writes.

Maia just wrapped up an international festival tour which saw her play at Sauti Za Busara in Zanzibar and Australia's Woodfork Folk Festival.

Watch the new music vide for "Pawa" below. Maia & the Big Sky LP is available now.