The Results Are In: Makena Onjerika Wins 2018 Caine Prize 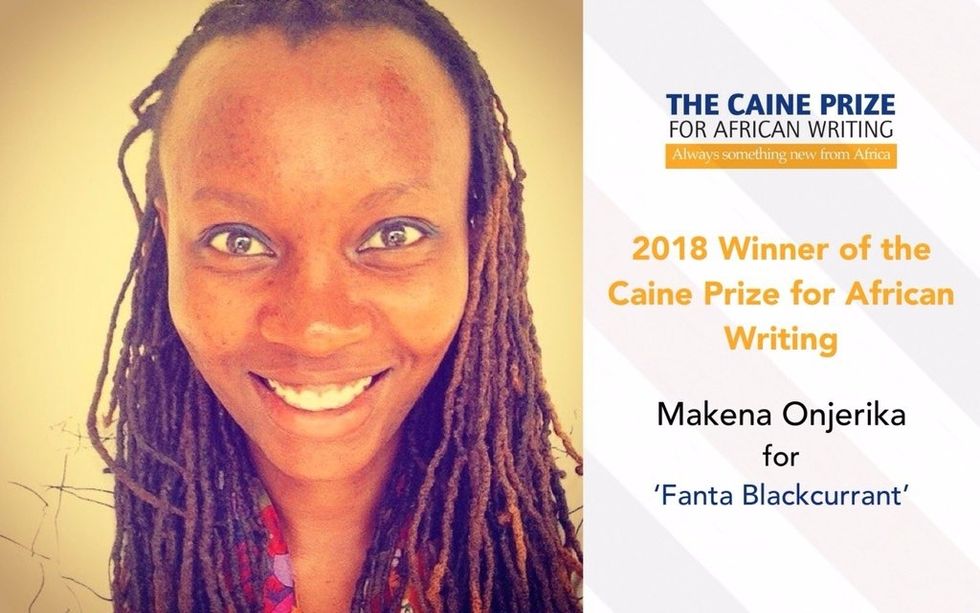 Yesterday, Makena Onjerika tweeted that she was looking forward to wine, food, and some nice air conditioning at the Caine Prize dinner, she got that and the £10,000 prize.

Though the Caine prize has been critiqued by many writers, it is still one of the most acclaimed awards for African writers. This year's prize went to Kenyan writer Onjekira for her story "Fanta Blackcurrant" which was first published in Wasafiri in 2017. Onjerika is the fourth Kenyan writer to win this award alongside Okwiri Oduor (2013), Yvonne Owuor (2003), and Binyavanga Wainaina (2002).

The story explores the life of a street child named Meri who is trying to use her "intelligence and charisma" to make a living. Summarizing the shortlisted story for OkayAfrica, Sabo Kpade wrote, "Fanta Blackcurrant" is the soft drink brand Makena Onjerika (Kenya) would seem to offer as a magic object in her story of the same title, but the real interest is that of Meri, a young girl who becomes the focus of her friend's attention in a Nairobi slum. It is a moralising story without a conclusive moral of its own."

In his remarks, one of the judges for this year's prize Dinaw Mengestu said, "The winner of this year's Caine Prize is as fierce as they come—a narrative forged but not defined by the streets of Nairobi, a story that stands as more than just witness. Makena Onjerika's 'Fanta Blackcurrant' presides over a grammar and architecture of its own making, one that eschews any trace of sentimentality in favour of a narrative that is haunting in its humour, sorrow and intimacy."

Following her win, Onjerika told BBC that she will donate half her prize money to helping street children. With the rest of the money she said, "I'll buy a car or maybe a motorcycle to get through traffic jams in Nairobi."

You can read the winning story here, or listen to it here.