15 Malawian Musicians To Check Out 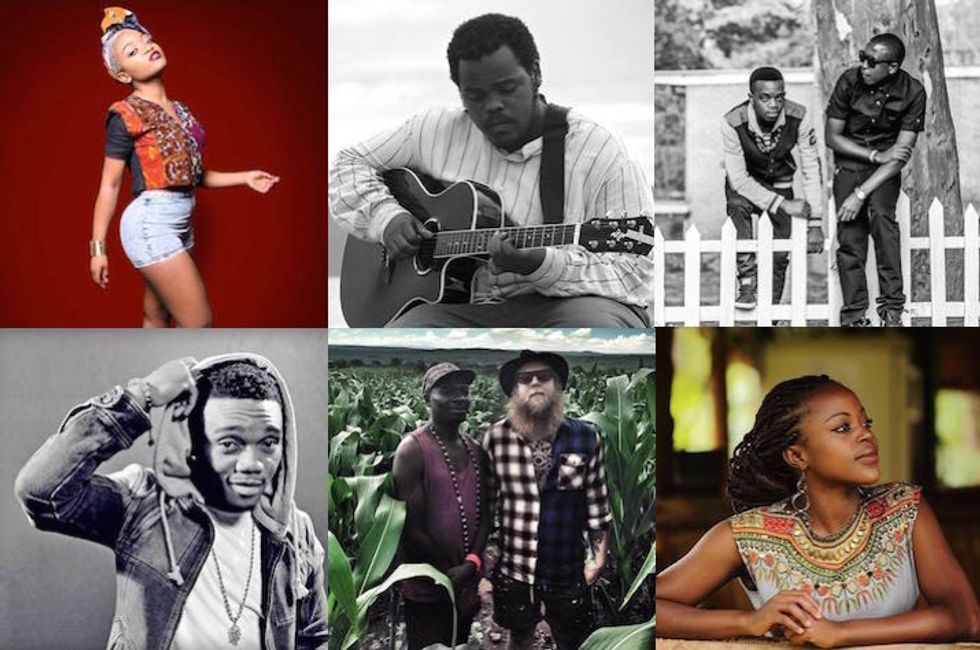 We list 15 contemporary Malawian musicians to take note of, including Sonye, Peter Mawanga, Gwamba, Viceroy, The Very Best, and many more.

The music scene in Malawi, known to many as the Warm Heart of Africa, has been rising ever since the early 1990s. It was in that decade that the nation became a democracy, exporting great artists like afro-jazz icon Wambali Mkandawire, hip-hop group Real Elements and the South African-based jazz icon Erik Paliani. The last 10 years, however, have brought an increase in the number and quality of artists blending traditional Malawian melodies with modern genres. Below we list 15 contemporary Malawian musicians to check out, including Sonye, Peter Mawanga, Gwamba, Kananji, Viceroy, Homegrown African, The Very Best and many more.

Straight from the commercial city of Blantyre, Hayze Engola and Classick are referred to by many as the re-incarnation of the Real Elements, Malawi’s pioneer hip-hop group from the '90s. Hayze brings about wordplay in the style of Nas and J. Cole, while Classick embodies the storytelling courage and style similar to that of Kendrick Lamar. Earlier this year, Classick released “Bola Kunthazi,” which since then has arguably become Malawi’s most discussed song on social media. Homegrown African’s latest single, “Radio,” has been in the national hip-hop & R&B Top 10 since January, and it's apparent that it will stay there for a while.

Well-known for their album MTMTMK (More To Malawi Than Madonna’s Kids), The Very Best is comprised of Malawi’s Esau Mwamwaya and London-based Producer Johan Hugo. What started as a conversation in a London bike shop has now resulted in three albums, more than two million downloads, world tours and performances with Florence And The Machine, Mumford & Sons, as well as features alongside M.I.A. and K’naan. Over the years, the band's music — a blend of pop, electronic production and Malawian flairs — has remained a constant presence on this website.

Formerly known as Rising Son, Kananji could well be Malawi’s next major hip-hop star. Presenting a fresh, definite flow and challenging, street-conscious rhymes in a throwback style, Kananji is 100 percent 'golden age' hip-hop. The MC released his first single in 2008, and, exactly a year later, he was opening for the Boo-Yaa Tribe in Taiwan. Ever since then, Kananji's been giving his fans nothing but bars.

Sam Smith meets Ed Sheeran meets Oliver Mtukudzi. That’s the best description of George Kalukusha we can give you. Born in Malawi, raised in the UK, and now living back in Malawi, George’s music is a true example of the saying, “music is a universal language.” An emotional activist, George’s music has been featured on BBC Introducing, Africa24, and he's currently set to be one of the headliners at the 2015 Lake of Stars Festival.

There are two artists whose music you'll always hear playing in Malawi’s clubs: Nigeria’s P-Square and Malawi’s Sonye. A music producer, artist (and accountant), Sonyezo Kandoje aka DJ Sonye has the Midas touch. Sonye’s music has dominated Malawi’s dance floors for almost a decade now, and his latest tune, "Tsika," is no less of a hit. Fusing elements from R&B with traditional 'manganje' music, Sonye is definitely worth keeping tabs on.

You can't talk about Malawian hip-hop without mentioning Dominant 1. Known to many as D1 aka 'Setting The Standard,' Dominant is a beatmaker, youth activist and a real MC. Delivering raw, clear and conscious rhymes, Dominant has been leading the local hip-hop scene since 1995 when he used to win rap battles in his hometown of Lilongwe. In fact, Dominant recalls this early passion in his most famous mixtape, Feels Like 95. Currently working on a new album, the world should definitely make way for the 'Lcity Phenomenon.'