You Need This 'Original Sound of Mali' Compilation In Your Life 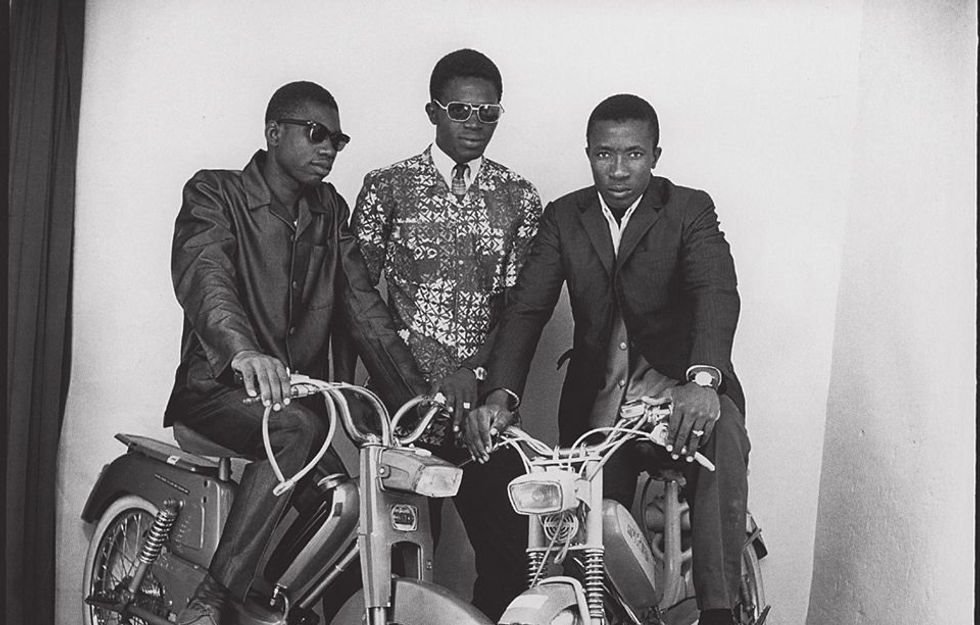 Mr. Bongo’s 'The Original Sound of Mali' is the perfect introduction to the vanguards and innovators of Mali’s distinct musical style.

Any given African country boasts a wealth of cultural exports and a rich, intricate history of music. So much so that to create a unified impression of one nation–as it’s been cultivated historically or as it stands within the contemporary scene–can be a seriously difficult undertaking, but UK reissue label Mr. Bongo does it with ease.

Initially launched as a record store in London, this record label and indie film venture celebrates music of the non-Western variety: Latin, Brazilian and African dance-oriented deep cuts. Mr. Bongo’s newest effort, The Original Sound of Mali, is the perfect introduction to the vanguards and innovators of Mali’s distinct musical style.

More than a few of the artists featured on this 16-track compilation never made a claim to fame, their legacies threatening to fade from the collective consciousness of Africa and beyond with each passing year. It’s what makes this record such an enthralling and deeply satisfying listen. It’s the sound of history unveiling itself.

Compilation curators Vik Sohonie and David Buttle also include a few more established names on The Original Sound of Mali. Malian vocalist Salif Keita, who joined Les Ambassadeurs just as they changed their name to Les Ambassadeurs Internationaux, was known just as much for his albinism as he was for his powerful vocal performances. On the ten-minute selection “Mandjou,” Keita howls desperately over a cooly arranged proto-psych rock jam.

A defining aspect of the original Mali sound is the electric guitar. Coinciding with Mali’s independence from France in 1962, the guitar was a transitionary pop tool that ushered in rock and the blues out of traditional folk forms. The sound became synonymous with a political and spiritual renaissance among Mali’s native population, embodying the excitement of change.

Super Tentemba Jazz deliver an exceptionally jubilant guitar performance on their song “Mangan.” Backed up by a polyphonic adrenaline rush of rhythm, multiple guitar lines duel for center stage on this energetic groove, contributing to the song’s disorienting, surging feel.

We reached out to label director David “Mr. Bongo” Buttle about the process behind curating this exciting new compilation and deconstructing the “Original Mali Sound.”

Which artist were you most excited to include on this compilation record and why?

Idrissa Soumaoro. He has been a hero of mine since I got hold of a copy of his original LP, Le Tioko-Tioko. The fact that he ran a musical school for the blind in Mali (that gave us the likes of Amadou and Mariam) is truly inspiring.

I read that a lot of Cuban salsa music found its way to Mali (primarily via soldiers who brought back vinyl from France). What other kinds of outside influences do you imagine musicians and music fans were listening to in the 60s/70s?

Yes it’s true. It was mainly Charango recorded by Puerto Rican musicians from NYC like Johnny Pacheco. Charango had a huge influence all over Africa. Then you have the bluesmen of America, people like John Lee Hooker. They influenced Malian bluesmen like Ali Farka Toure. Funk from the likes of James Brown influenced the Rail Band. They made a cover of "Make It Funky," for example.

What was the process like securing the rights to these songs?

It took a while. Normally you have to approach the record label and the artist to confirm all rights—this can take a long time. Florent Mazzoleni (an authority [on] Malian music, and the author of the compilation’s booklet) really helped me in this regard.

Did it take a while? Had any of the labels that originally released this music gone under?

A lot of the music was owned by Radio Mali, then various people have purported to own certain recordings. Tracing ownership is a long process.

Were these songs remixed or remastered for the reissue?

We don’t remix original tracks and there are no tapes to my knowledge. We did however give them a great mastering job with cedar cleaner audio restoration. Pete at Final Cut made this happen.

Let’s talk about the internet. This record basically wouldn’t exist had you not discovered an obscure mix featured on a music blog. And I imagine much of the back and forth between you and Vik Sohonie was done online. On the other hand, the internet is heavily responsible for the decline of CD sales and record store ventures.

Well it’s a truly amazing discovery tool. If only I had it when I started out! We had to listen to the radio and go to see DJs play to find out about music. Alternatively we would just go digging in record stores. It sometimes would take 10-15 years to listen to a record again after you heard it the first time.

Who are some of your favorite contemporary Malian musicians?

Oumou Sangare is a gigantic talent and a big personality. I like Tinariwen, Salif Keita, Songhai…

Based on your personal knowledge of music consumption habits in Mali, do you think the “Original Mali Sound” will ever gain popularity among new generations?

Yes. The success of the album has really opened everyone’s ears to Malian music. The young people have open minds and have been really into the album.