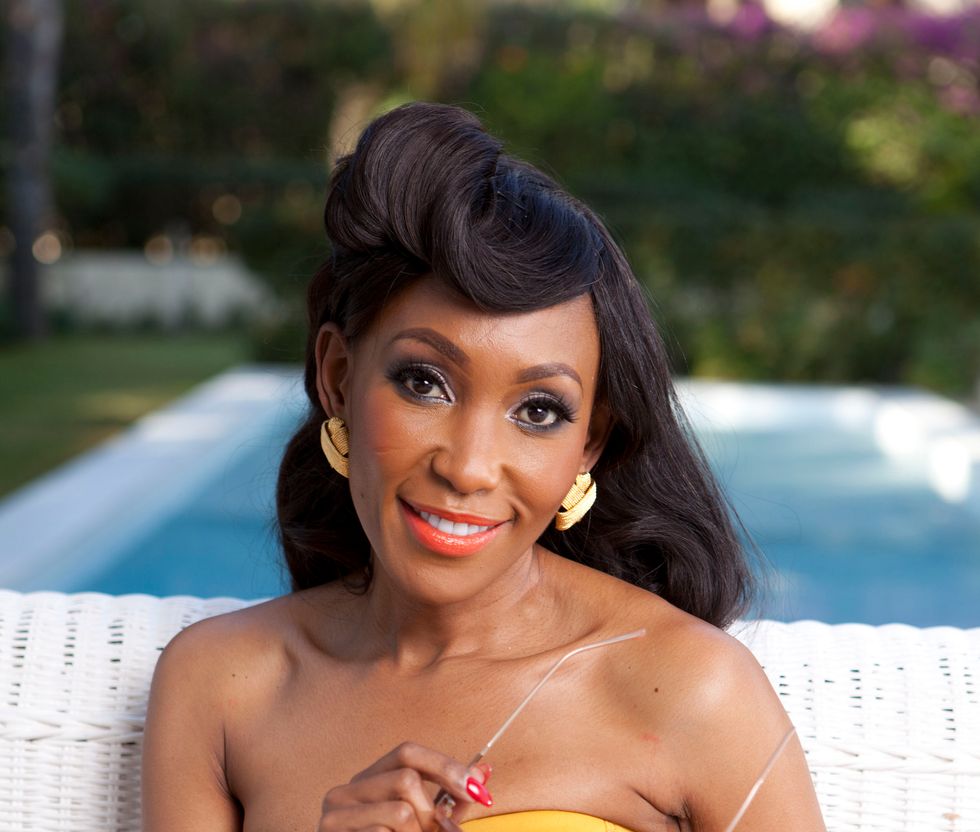 We sat down with South African actor and personality Mampho Brescia shortly after her trip to the 41st Toronto International Film Festival.

South African television, film and theatre actor and personality Mampho Brescia stars on the popular telenovela-turned-soapie Isibaya as the villainous "city wife" Iris Zungu. Set in the backdrop of South Africa's taxi industry, the show depicts the century-old struggle for wealth and power between the Zungus and Ndlovus, two rival families living in the Thukela Valley of KwaZulu-Natal.

Now in its fourth season, the series has been capturing hearts and minds as one of South Africa's most-watched and most-tweeted shows since 2013, first as a telenovela and then as a primetime soap opera series airing Mondays through Fridays on Mzansi Magic.

We sat down with Mampho shortly after her trip to the 41st Toronto International Film Festival, which she attended as a representative of the inaugural Joburg Film Festival. Below are highlights from our ten-minute chat at Devland Studio in Soweto.

"It started out as a telenovela about three years ago. It was meant to just be a telenovela. But it became so popular that they decided to continue it. It is shot like a drama but it’s considered a soapie. Soapies are still popular in South Africa. There’s a massive TV culture.

What makes the show so relevant and so popular I think, is that it is centered around two very powerful families in the heart of Bhubesini, which is basically KwaZulu-Natal, obviously it’s fictional, about these characters who are both taxi owners. And they’re both very traditional men who have strong family values, but they’re at war with each other. My character was the third wife of one of the main characters, who she left for his son. Her stepson.

She’s the villainess of the show, she’s a vixen. And she’s basically the odd one out, because she’s the Joburg wife, who’s more into fashion, into what we call modern day sort of living. She’s not very traditional. They’re a polygamist family. He has two wives that are very traditional.

On the Johannesburg Film Festival

"Basically it’s at its inception. What we want to do is garner attention around it, to gather films for the festival. It’s a new sort of endeavour in order to promote African and South African films and filmmakers. To generate more of a buzz around this industry, to grow the industry, because it’s still pretty small, compared especially to the United States, to India, to the UK. It’s an endeavour to bring that vibe, that interest around the film industry."

Revamp. To be a #dragon

On the SA film and TV industry

"What needs to happen is to get people into a cinema culture, to want to go to cinema. There’s a huge TV culture, but going to cinema is still quite a costly endeavour. Especially for people who live in the outskirts of the cities. It’s still in development. I think that there’s tons of great talent in terms of actors, in terms of crew members, stories that are still unearthed. It’s fledgling, but it’s on its way."

"One major thing about Nollywood is that Nigerians really support their industry, and that’s what makes it work. And that’s what we need South Africans to understand, to get into that culture of cinema."

On living in L.A.

"What I love about Los Angeles is that everything is about this industry that we’re in. You can never stop learning, there’s so much knowledge to gather; classes, different teachers, schools of thought. It’s lovely to be in that vibe where actors are in a community, striving for the same thing. It’s highly competitive, but at the same time it’s got an amazing vibrancy to it."

"Us kicking ass at the Olympics is fantastic, and obviously with the export and the success of Trevor Noah, those are the two major ones. I think it shows where there is opportunity, there is talent. That’s all people really need, and it doesn’t matter what circumstances they come from. So it just puts our country on the map once more. It draws the right attention to us. It’s great when other filmmakers want to come here and unearth our stories, or unearth our talent."