On The Map: A Weekend Immersed In Maputo's Music Scene 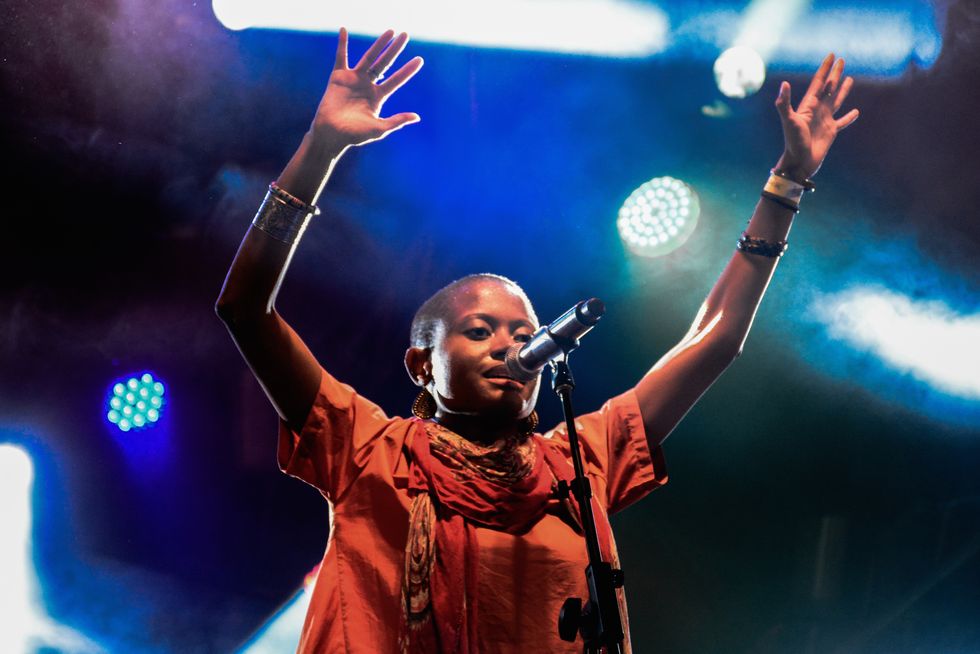 Our new series 'On The Map' asks people what’s hot in their hometown scenes. The first installment dives into the sounds of Maputo.

For our new series, On The Map, we ask artists, DJs, writers, and general in-the-know people to tell us about what’s happening in their hometown’s music scenes—from the rising artists getting played across the city to the hot venues and new genres. In this first edition of On The Map, Milton Rodrigues Gulli from the Mozambican-based label Kongoloti Records dives into the sounds of a weekend in Maputo.

It's Friday night and a Toyota Vitz is parked next to a liquor store on Av. Emília Dausse. The trunk door is open and from its sound system blasts Mr.Bow's "Massinguitane." People gather around the car drinking and dancing.

Mr. Bow reps 'pandza,' an electronic mix of Mozambican 'marrabenta' with reggaeton, dancehall and afro-house, created in the early 2000s and popularized by artists such as Ziqo, Denny OG and DJ Ardilles. Also called 'dzukuta,' pandza is especially popular with Mozambican youth for its uplifting rhythm and easy-going lyrics.

From Vladimir Lenine to Kim Il Sung, Mao-Tse-Tung and Avenida Agostinho Neto, Maputo is crossed by avenues named after former socialist rulers and African independence leaders. Here, in Mozambique’s capital, colonial era houses are shaded by the acacia trees that give the city its nickname: “The Acacia City.” But these worn-out buildings now compete with a burst of construction that's redefining the city’s skyline, propelled by the recent discoveries of mineral resources in Mozambique's north. At the same time, the suburbs keep expanding day by day, with an influx of new people from the rest of the country. Maputo is changing and its music reflects these changes.

It's Saturday, 6 PM at the mythical venue Gil Vicente, located close to downtown on Samora Machel Avenue beneath the massive statue of the hero of Mozambican Independence. Hip-hop beats cooked in the suburbs blast on Gil Vicente's speakers and a mostly male crowd bang their heads to the local rappers onstage. It's largely an underground movement, even though there are some rappers that are famous nationwide like the political Azagaia, who has captivated young and old alike with his revolutionary lyrics. Old school cats like the jazzy Simba (BBE Records), the intellectual Flash Enccy, the party banger Duas Caras or the activist Iveth (one of the first female MCs in the Mozambican scene) are respected artists in the movement and release records regularly. Most of the MCs rap in Portuguese, but there's a strong roots movement of Shangane rap, popularized by groups like the skillful duo Xitico Ni Mbaula.

Skinny jeans, baseball caps, Chuck Taylors and Ray Ban-style shades are common among Maputo teens. They listen to younger rappers like the lyrical group Kapacetes Azuis, the more pop-oriented Hernâni, the new schooler Lay Low or the incendiary Slim Nigga. In the suburbs you may drive by small freestyle cyphers supported by an impromptu beatboxer and amateur MCs spitting rhymes in Shangane or Portuguese. Hip-hop is strong in the poor suburbs and new Fruity Loops-based producers are popping out everywhere.

It's late afternoon at Sekou Toure Avenue. The alternative beat-maker Nandele is rehearsing with his Mute Band at Chayenne Studios, a one-room studio covered in theatre style red curtains. Two DJs, drums, bass and no vocals are the recipe. The psychedelic beats fill the studio and creative hub owned by one of Maputo's independent labels Kongoloti Records. Nandele is a pioneer and his music is something completely new in Mozambique. Here an alternative scene is still mostly non-existent. He's a highly collaborative artist and enjoys being close to like-minded producers, for example Fu da Siderurgia and Embri0n, who are also members of his band.

Origimoz is another forward producer pushing the boundaries of hip-hop, soul and future soul. He's produced for a number of talented people locally and internationally and is a regular contributor to the Dublin-based future beats Souletiquette series.

It's 1 AM at Casa Velha, a ruin of what was once a villa turned into a small cultural center. The place looks like it’s been abandoned for years but a party organized by A Teoria do Groove crew is at its peak and people are still coming in. The eclectic public clearly represents the new scenery of a night out in town. Mixed groups of people coming from every corner of the world dance and laugh out loud together. On the decks Tushimitsu, producer, DJ and one of the founders of the crew, is dropping some G-House to the masses. A Teoria do Groove is a young DJ & producer collective, label and booking agency more oriented to electronic dance music. From deep house to deep tech, G-house to bass, this collective has been gaining a lot of followers due to their regular parties in Maputo where they sometimes bring international DJs to play with the crew. Risings DJs and producers like FKLS, Double Drop, Rocha and Noah are all part of the collective.

It's GranMah's first show after the independent release of their debut album and the beautiful French-Mozambican Cultural Center is packed. The dub-pop-soul band GranMah is playing and the air feels lighter with the beautiful melodies sang by Regina, its lead vocalist. This band has been around for years but in the last couple of years they've become big in the alternative Maputo scene, doing everything with a kind of guerilla attitude which has lead them to perform in South Africa and Zimbabwe. The “kids” from Granmah have become one of the big promises in Mozambican music, fighting against a small and sometimes hostile market mostly concentrated in Maputo and dominated mainly by lower quality easy-hits productions.

Other recent bands like Moticoma, Kakana or artists like Deltino Guerreiro are picking up the musical tradition of Mozambique, giving it a new twist and reaching a wider audience. The Maputo public is hungry for new music and getting more and more demanding in terms of quality. One thing is clear: there's no shortage of talent in the city.