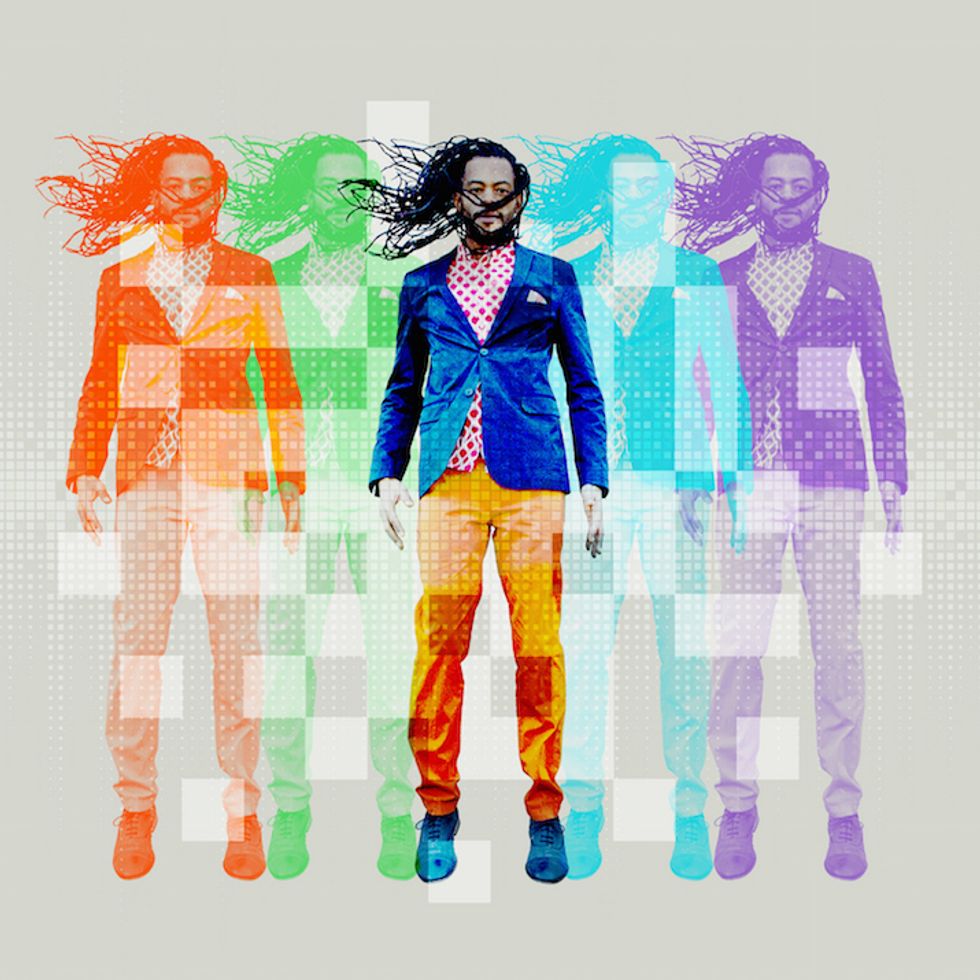 Modern jazz pianist Marc Cary first released Rhodes Ahead Vol. 1 in 2000, a collection that pulled away from the restraints of what critics and audiences thought the 'jazz genre' should sound like by adding in Cary's influences from hip-hop and the Washington, D.C. go-go scene. The release ended up earning him that year's award for Billboard/BET Best New Jazz Artist. Earlier this year Cary revisited that underground classic in Rhodes Ahead Vol. 2, a 12-track album that features several homages to Northern Africa through the Fender Rhodes piano. Stream our premiere of four electronic reworkings from that new LP in the Rhodes Ahead Vol. 2 Remixes EP, plus read Cary's explanations of the songs' African backgrounds below.

"'Essaouira Walks' comes directly from Morocco and Gnawa music," Cary explains in an e-mail to Okayafrica. "After spending an extended time studying with Mustapha Bakbou in preparation for the closing ceremony of the Gnawa music festival and experiencing 30,000 people singing and dancing to this song. This festival compelled me to write this and 'African Market.' Traditionally you wouldn’t hear the fender Rhodes on this music. My experienced showed me that it works and can add a texture that was not present before. I experienced the spirits of the many African slaves that left that incredibly powerful coast in route to what is now known as America. I believe these songs are a sonic representation of how I felt listening to the powerful waves and wind whipping the salted water into a sudsy lather which blew everywhere and covered the rocky shore line. These songs are my prayer for the sleepers and creators of the music referred to as Gnawa music."

"'Water Spirits' is a song dedicated to the Africans who didn’t make the middle passage, the ones who got thrown or jumped into the water," Cary adds. "It's about the underwater spirits who came and saved them and brought them to safety. I played all the parts on this track using the technology you frequently see me using on stage, in this instance The Moog and The Access Voyager."

"'Procession' is about the procession of kindred spirits ascending into the heavens. I produced the song solo, but I dug into older sessions with Terreon Gully to create the drum parts. This was taken from one of his drum solos. I used the Electron Octo-track sampler, as I would in my live set. My purpose for using this was to get out of computer production mode going back to the old school sampling and hardware mode of production."

Stream Marc Cary's 'Rhodes Ahead Vol. 2 Remixes' EP above and catch him live at his upcoming NYC dates listed below.