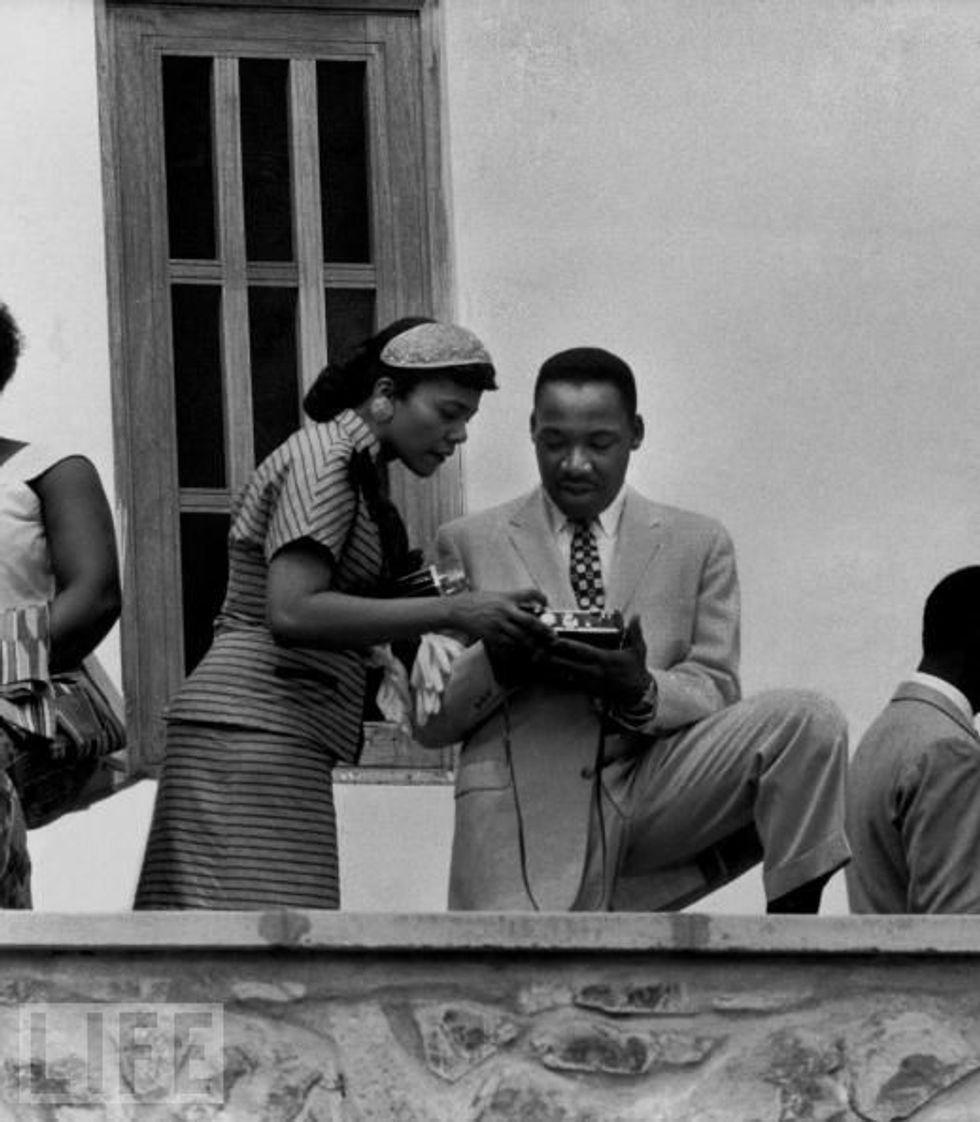 We live everyday with the legacy of Martin Luther King Jr's bravery and ideology, but today in the United States we observe the Martin Luther King Day holiday to honor his birthday. King saw how struggles across Africa and Asia during the turbulent 50s and 60s were connected with his own in the United States. The photo above is of King and his wife Coretta Scott King at the independence celebration in Ghana in March 1957. Here is King speaking of that trip and the passing of the "old order" at Western Michigan University on December 18, 1963:

I can remember when Mrs. King and I first journeyed to Africa to attend the independence celebration of the new nation of Ghana. We were very happy about the fact there were now eight independent countries in Africa. But since that night in March, 1957, some twenty-seven new independent nations have come into being in Africa. This reveals to us that the old order of colonialism is passing away, and the new order of freedom and human dignity is coming into being.But not only have we seen the old order in its international dimensions, we have seen it in our own nation in the form of slavery and racial segregation. We all know the long history of the old order in America. It had its beginning in 1619 when the first slaves landed on the shores of this nation. They were brought here from the soils of Africa. Unlike the Pilgrim fathers who landed at Plymouth a year later, they were brought here against their wills.