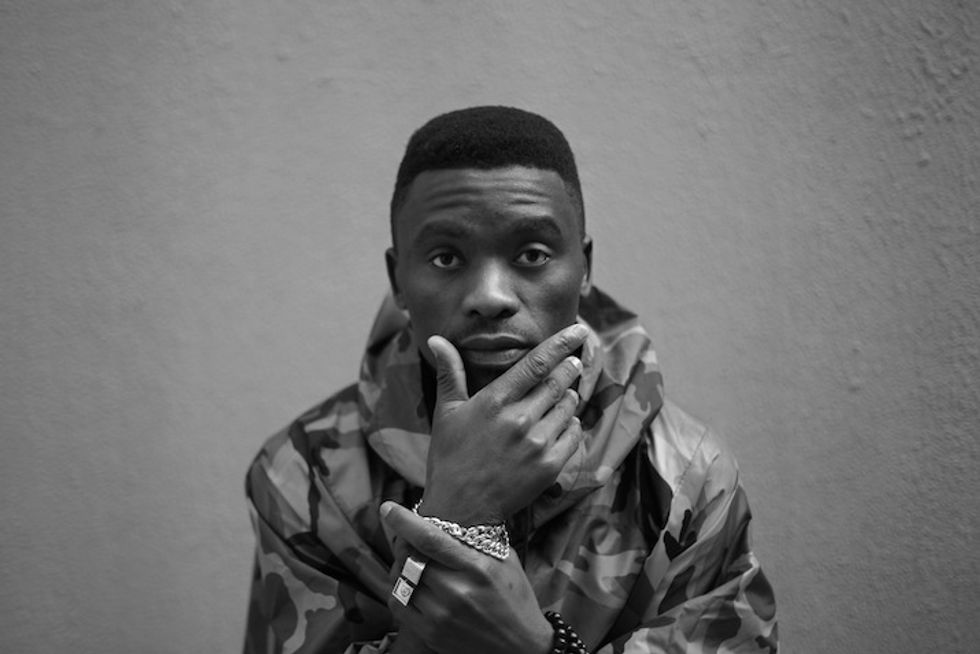 Born Ntsikelelo Christ' Ndlovu in Durban but based these days in Joburg, Digital Maskandi founder Mashayabhuqe KaMamba first dropped his six-track The Black Excellence Show EP as a free download back in September of last year. It's since then been made available on soundcloud and Audiomack. The whole EP, which took about a month to come together, was recorded at MarazA's Dionysys Recordings in Yoeville (with the exception of "Afrikvn Lordz," which was produced/recorded in Joburg CBD). Mashayabhuqe KaMamba, who cites the record's influences as "fellow Afrikvn musos the likes of Madala Kunene, Yossuf Ndou, Busi Mhlongo, Thandiswa Mazwai and Vusi Ximba," wrote almost every song on the EP (with the exception of guest verses from MarazA and 4Front). It's a solid introduction to Digital Maskandi music, Mashayabhuqe's signature blend of traditional Zulu folk (aka Maskandi) vocals with trappy, autotune-heavy Future Mzansi production. The EP was close to slipping under our radar. Luckily we caught wind of the first single "Afrikvn Lordz," recently championed and given a second push by the folks at Red Bull Studios CT. We asked The Black Excellence Show mastermind to shed some light on the song's meaning and chorus.

"So basically what I was trying to achieve with this record was to be heard, I needed to say something about my Culture, my Religion and my Background but it was a mission to accomplish that; I studied Communication Science and what I've learnt from these studies is that you need to engage with people, speak about things that they can relate to; make them feel like they're part of your struggle, your jounery. So Afrikvn Lordz encompasses those elements; Emotions, Fear of High Power, My jounery and Giving praises to Shembe *the messenger* (Whom I regard as THE AFRIKVN LORD) and what's interesting is that I didn't write the song (it came to me as form of a DREAM* I dreamt it, the melody and the gist or direction of the whole story."

We are still young and creative; We don't need confusion in our lives; this EP has opened my eyes and gave me a completely different feeling about youth of today. We're now liberated and we don't need anyone to choose things for us and that's why I get so much LOVE. They didn't judge me for doing something that has to do with Tradition/Cultures but they embraced that and made it look even way too cool.

Since introducing the world to Digital Maskandi on his latest EP, Mashayabhuqe KaMamba was behind a breakout performance at Newtown's Back to the City Festival in April and joined brotherly rappers Fratpack on their Brenda Fassie-sampling "Higher." M.K., who is a BOYZNBUCKS affiliate, linked up with Okmalumkoolkat fresh off his debut EP Holy Oxygen I. The track they recorded together, "Shandarabaa Ekhelemendeh," will drop later this year. The BOYZNBUCKS crew's UMSWENKO event is slated to take place 5th October at Zone6Venue in Soweto. Until then, listen to The Black Excellence Show in full below.